Chromis mamatapara, a New Species of Damselfish from the Depths of Easter Island

Chromis are part of a group of fish that we expect to encounter in the deeper tropical reefs of the world, alongside the deepwater basslets, anthias, and certain wrasses, It’s therefore not a complete surprise that deep diving surveys in Easer Island revealed a new species of damselfish, recently named Chromis mamatapara, and described by Shepherd et. al in the recent issue of Copeia.

The newly minted Chromis mamatapara is part of a group of marine fishes documented living at mesophotic depths of Easter Island a.k.a. Rapa Nui, a territory of Chile, and included beautiful deepwater anthias and Plectranthias which have already been formally described. The relative abundance of Chromis species tends to increase with depth so it’s at 90 meters or just shy of 300 feet deep that the new C. mamatapara was collected.

One big surprise about the type specimens of Easter Islands newest fish species is how big they are; so many of these newly described deepwater fishes tend to barely crack an inch or two, but the C. mamatapara that were collected range from 100 to 114mm, or between four and four and a half inches long! With such a big canvas we’d love to see how these pale metallic blue to lavender bodied fish look in real life, especially with some delicately colored yellow eyes and fins. 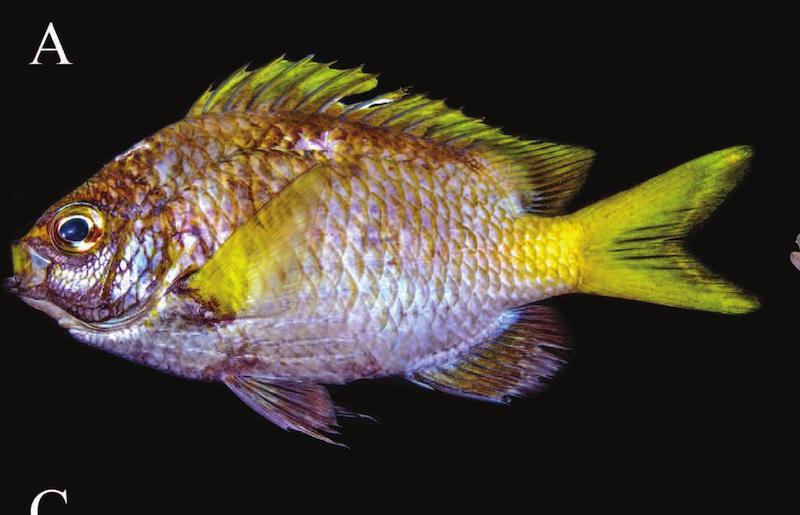 Mastertronic Getting Final Touches Before Launch

May 18, 2020
Site Sponsors
Reef Builders is Supported by: