Goniopora Vs. Bernardpora FIGHT! Which Flowerpot Coral Will Win?

Flowerpot corals have long been some of the most recognizable and most loved corals both in aquariums, and in the wild. Despite the appreciation, until very recently very many of these flowerpot corals were considered extremely difficult to keep in the long term, except, for some reason, the red flowerpot corals usually tended to thrive in reef tanks way more than any other types or strains.

Several years ago one of these species was split off into its own genus, Bernardpora stutchburyi, explaining some of the discrepancy we’ve experienced in the difficulties of different flowerpot corals. The smaller polyp, smaller corallite Bernardpora occurs in various shades of red, being a little more encrusting than the usually submassive growing true Goniopora flowerpots. 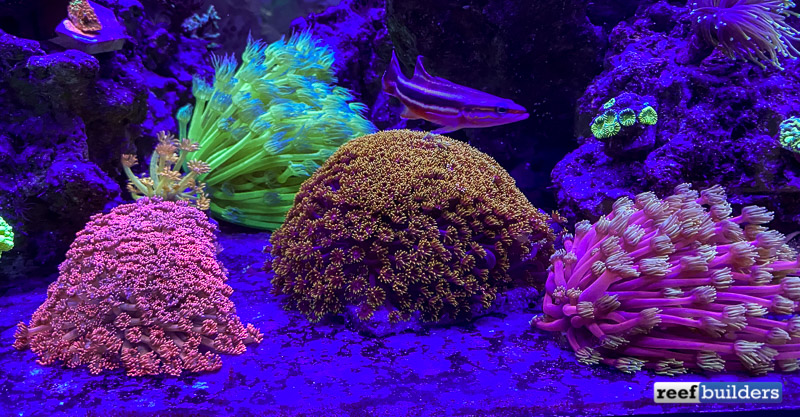 Like many other reefers, after what seemed like a lifetime of mixed success with flowerpot corals the last few years we’ve had some clear successes growing both Goniopora and Bernardpora corals from frags. But with that success and fast growing flowerpot coral strains we’re starting to experience a new challenge in the form of aggression between the two different genera, leading us to having to actually remove a Bernardpora colony from our bouquet of flower shaped coral polyps. 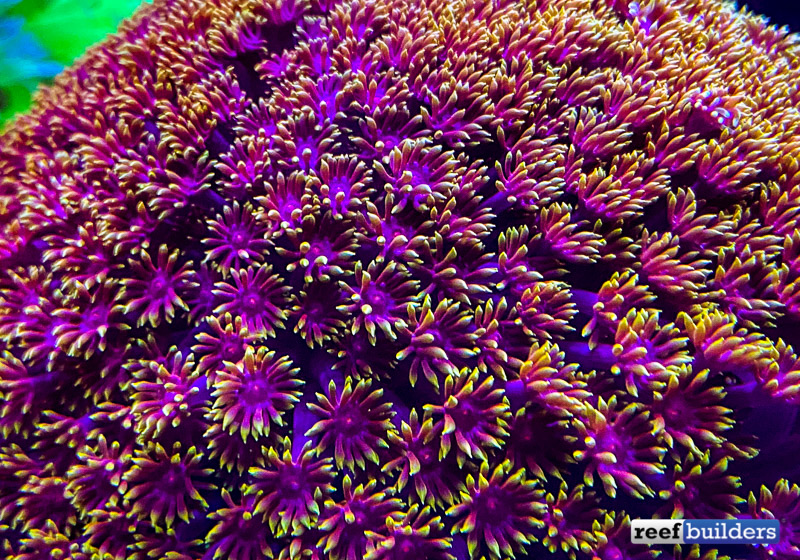 In this instance it was the Bernardpora that got the upper hand, developing clearly elongated, aggressive polyps armed with a higher density of stinging cells into the tentacles tips called ‘acrospheres’. This thriving colony of burgundy colored Bernardpora with yellow tentacles has grown many folds since we purchased it as a small half inch frag, and now expands over five inches across. 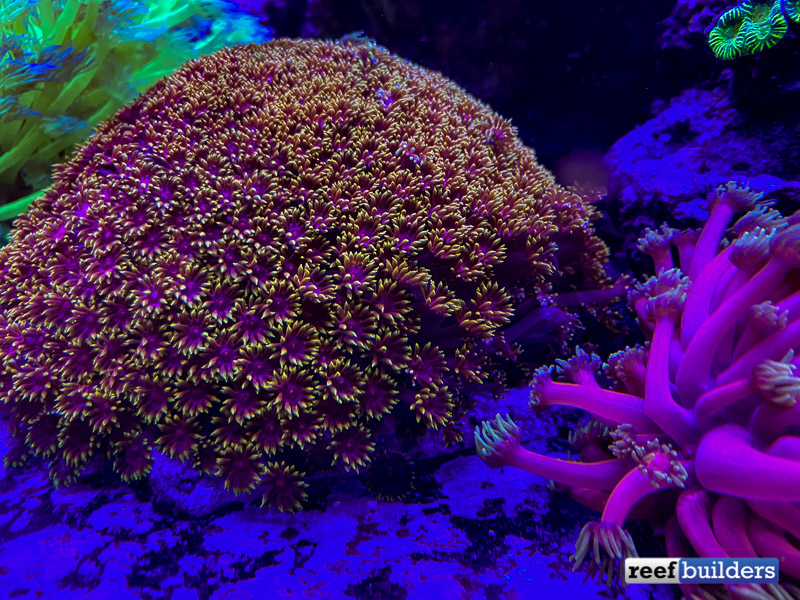 Even though it had plenty of room to grow and stretch its beautiful polyps, it got greedy and really went after two Goniopora colonies on either side of it. This doesn’t mean that Bernardpora will always win against Goniopora, the determining factor will likely depend more on the health and vitality of the individual coral.

It’s not clear whether mixing Goniopora and Bernardpora will be sustainable in the long term but since it seems more and more reefers are having success with the broader flowerpot corals, hopefully their interaction will become more clear in the future.

Bodianus tanyokidus, the First Live Specimen at the Churaumi Aquarium