Bodianus tanyokidus, the First Live Specimen at the Churaumi Aquarium

Bodianus tanyokidus is a very rare deepwater species of hogfish that we’ve been searching for for almost a decade. This almost unknown species of beefy ‘wrasse’ is pretty much only documented in Rudie Kuiter’s wrasse bible wherein a single photo of a preserved specimen is included. 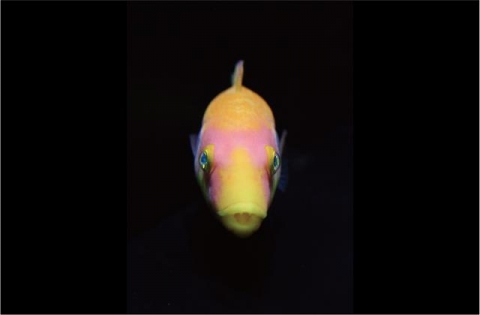 Superficially the ‘Black Ear’ hogfish is very similar in general appearance to the super common bimaculatus hogfish with a slender body that is mostly banana yellow with a subtle pink mask on its face. Where the bimac hogfish has a well definied ocellus at the edge of its gill plate, Bodianus tanyokidus has a large, very dark black patch that imparts the common name of Black Ear hogfish. 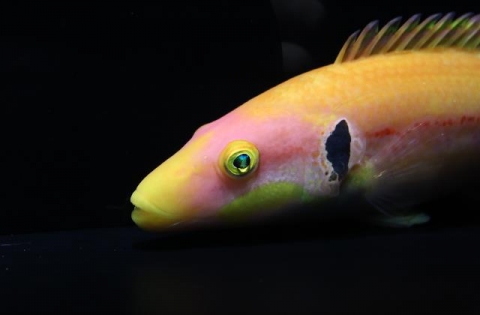 Interestingly while the black ear hogfish has a very widespread distribution ranging from Mauritius to Japan and the Marianas, its preference for very deep water makes it a very rare fish and it has mostly been documented from fish markets. This live individual of Bodianus tanyokidus is brought to us by the legendary Churaumi Aquarium in Japan, home of other uber rare & hyper deep fish species we’ve shared over the years including Liopropoma aragai and L. japonicum, the odd solitary zoanthus Sphenopus, and as of 2007 was home to the world’s largest acrylic viewing window.

Gaze Into This Crystal Reef Ball by Mini Ecossistemas Brazil

Goniopora Vs. Bernardpora FIGHT! Which Flowerpot Coral Will Win?