it’s no secret that deep sea fish are some of the most bizarre species on the planet but the more we learn about them, the weirder the story becomes. Two of the ways that the strange fish of the deep sea have adapted to their environment including being ultrablack and fusing with their mates, like forever.

Since there’s virtually no light below 1000 feet like us you may have wondered why so many of them are black but it turns out they’re not just very dark, they are ultra black. Some species absorb so much light that they almost completely disappear reflecting less than 0.1% of any light, usually produced by other species as bioluminescence as a search light or deterrent.

These ultra black fish accomplish this annihilation of light by not only producing lots of black pigment, but also arranging their melanin in such a way that it creates a near complete full body light shield. Interestingly the development of ultra black pigments, one known as vanta black has some artistic and technical uses such as in the study of light to minimize reflection and glare, but also because it just looks really cool in an eery way. 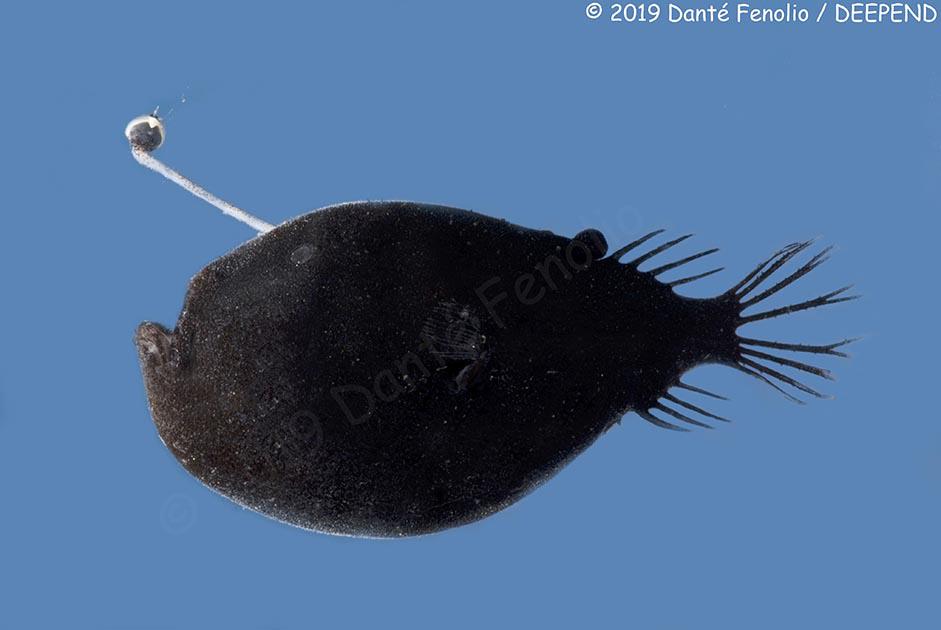 The use of very black skin is widespread in many deep sea fishes but another adaptation that is so far only known in anglerfish is called fusion mating. You may be familiar with how much size difference there may be in some species of fish but one deep sea anglerfish takes this to the next level with males being a fraction of the size of the females.

Since we’ve already discussed how dark the deep sea is, how expansive it is and how spread out the fish populations are, the teeny tiny male deep sea anglerfish is so small because once it encounters a female, it literally fuses with the lady anglerfish, becoming one with its tissues and circulatory system. This fusion between the male and female is a permanent attachment and it allows the male to ‘stay’ with the female and be available to fertilize her eggs, enabling breeding. 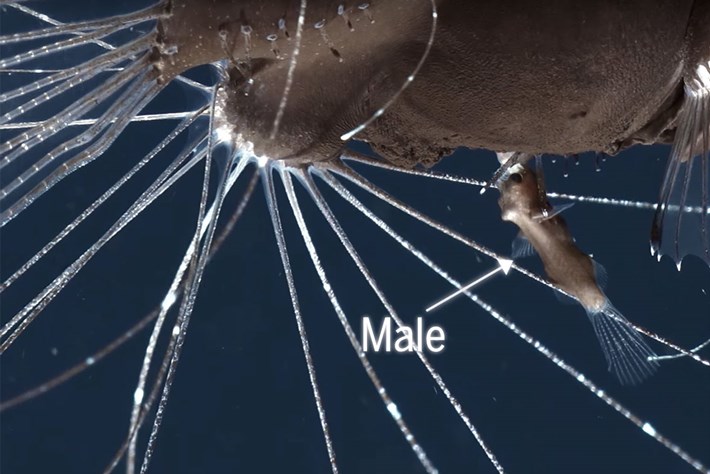 Fusion mating is such a successful strategy that it has arisen independently in multiple species of anglerfish, giving a whole new meaning to the phrase ’til death do us part’. Interestingly enough anglerfish are also some of the fish that are known to develop this ultra black pigmentation but it’s not clear whether any species are both ultra black and practice fusion mating.

Worldwide Corals is Sharing Their Reefing Style Through Aquarium Maintenance