One Year Video Update of the Worldwide Corals Superstore

When you spend a lot of  time admiring an object or a concept from afar, there’s certainly some degree of romanticism that can arise from the distance and the resulting online reality distortion field. This is precisely why famous movie stars and musicians are so adored and popular, and World Wide Corals certainly has put a lot of effort into their image and their brand.

Having good marketing around your company is important to gain mindshare but you still have to deliver on the goods – Reef Builders needs to continue creating original aquarium content, Ecotech Marine has to keep pushing the engineering envelope, and World Wide Corals has to actually deliver some of the best and most diverse coral varieties in the aquarium hobby.

Even though we’ve collaborated with WWC for over a decade, a lack of aquarium events has meant that we haven’t seen their corals or chatted with the WWC team like we used to. It’s been more than a year since we attended the grand opening of the World Wide Coral Superstore but last week we had a chance to visit the Temple of Reefing to catch up with the guys, check out their corals, and see what kind of progress they’ve made to the store and their displays.

We look after eleven reef tanks at the Reef Builders Studio, plus another handful of saltwater and freshwater fish tanks so we have no shortage of corals to see and play with. But even with this diverse collection of our own, nothing could prepare us for what we saw at the unheralded one year anniversary of WWC’s magnum opus.

Forget counting corals, we couldn’t even count up the number of reef aquarium displays at WWC headquarters – between the retail shop, the coral farming area, heck even the offices, lunch room and call center are loaded with reef tanks around every corner! We dropped in to Orlando to visit the new Worldwide Corals locations for just a couple days and despite not going anywhere else or doing anything but filming corals, it wasn’t nearly enough time to show off everything. 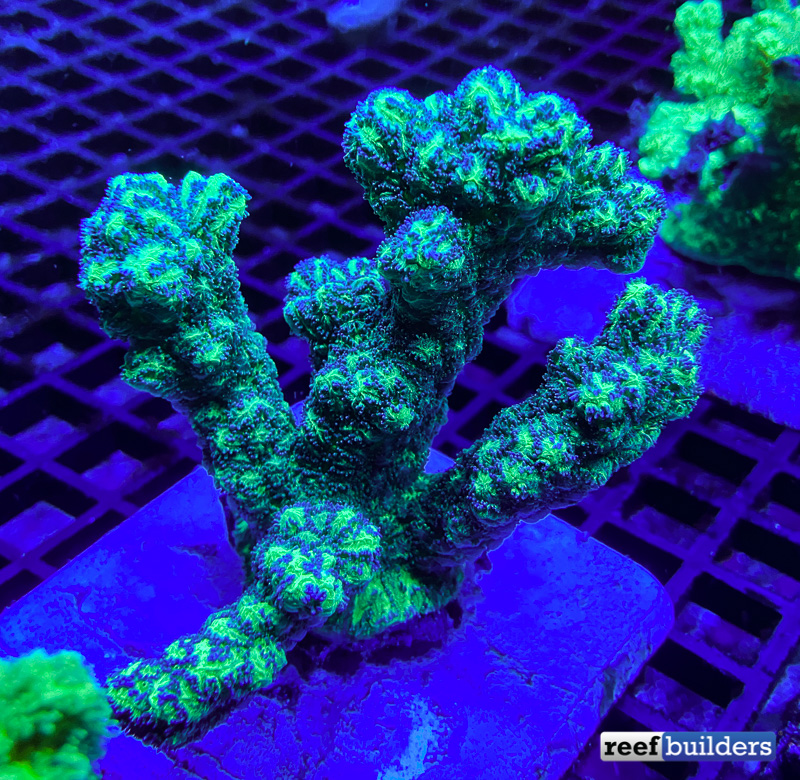 What Worldwide Corals has achieved in two years – one year to opening and one year since – is nothing short of amazing. Hyperbolic words like ‘amazing’ have lost their meaning from being massively overused however, as a lifelong, diehard coral and reef aquarium junky, we left WWC with a renewed passion and appreciation for the craft. We haven’t been to reef shows and coral events this year, for obvious reasons, but our field trip to the Disneyland of aquarium corals was comparable to attending several reef aquarium conferences.

We have a lot of reefing content from the time we spent at the WWC Superstore and below is the first of several videos we’ve put together, this first one spotlighting almost all of the front, retail area of the store itself. Definitely give it a watch because if you keep a loose count of the corals and frags, you’ll probably stop estimating after the ten thousand coral & frag mark. We have several more video topics in the queue including the Mangrove Lagoon, the back farm area, some of our favorite corals that we saw, and many of the ideas about general reef keeping that were impressed upon us from seeing countless displays and coral farming setups.

Stay tuned, subscribe, drop your question in the video comments because this is going to be a very fun mini series of videos and articles.