The leopard Mantis shrimp is named for its multitude of dark spots covering nearly every part of the body from the tail to the head. Being that it’s the first member of the brand new Ankersquilla genus the leopard mantis shrimp is not likely to be confused with any other species.

Interestingly the type specimens originated from Moorea, French Polynesia, in the western Pacific Ocean but one additional specimen was purchased from the aquarium trade that was traced to Bali, Indonesia. Moreover, this live aquarium specimen of leopard shrimp from Bali was kept alive for over six years during which time it ate crabs and shrimp and molted on numerous occasions, but never grew any larger than 82 mm, or just over three inches.

Additionally a specimen has been photographed in relatively shallow water in Kwajalein Atoll, in the Marshall Islands, outlining a very large geographic range throughout the Pacific Ocean. The yellowish tan overall colors of the leopard mantis shrimp is peppered with its namesake spots over nearly every segment of its two to three inch long body except for the bristly tail. [AU Museum] 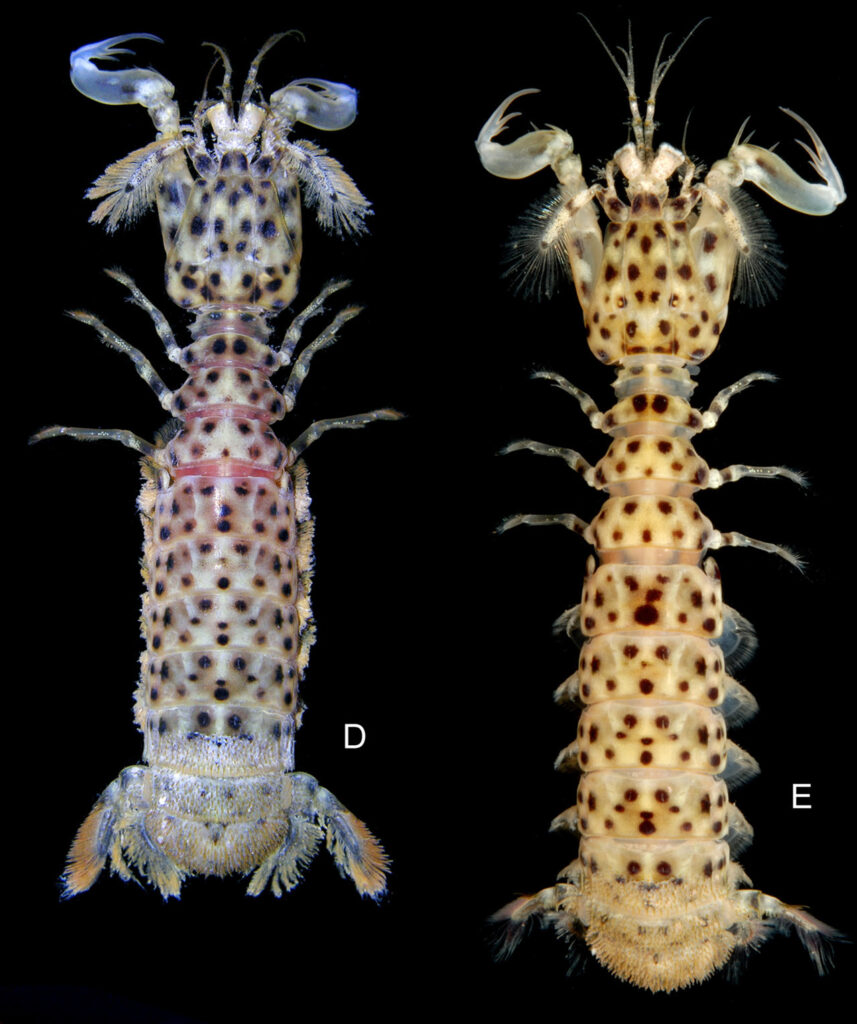 10 Fun & Handy Accessories to Increase the Enjoyment of your Aquarium