Lysmata napoleoni, a New Species of Cleaner Shrimp from the Middle of the Atlantic

Lysmata napoleoni is a new species of Caridean shrimp from St. Helena named after one of its most notorious residents, Napoleon Bonaparte. This distinctively colored species is recognizable in the field at depths of 15 meters at St. Helena and Ascension Island in the south-central Atlantic where the exciting resplendent angelfish and hybrid resplendent angelfish come from respectively. 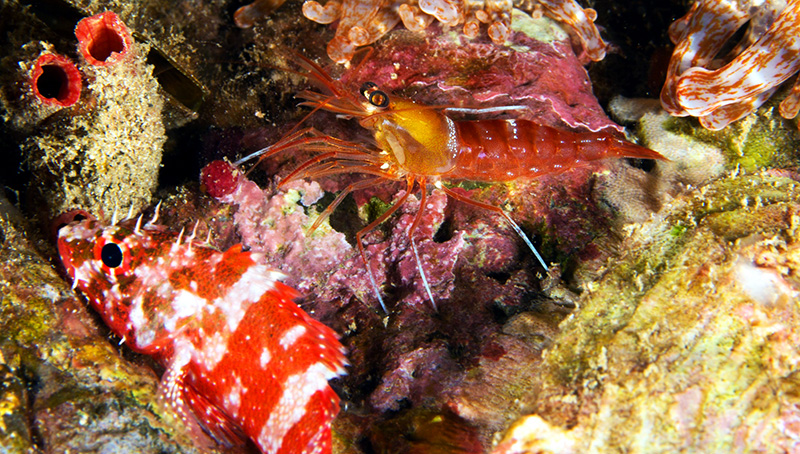 This interesting new marine shrimp species looks quite similar to the popular freshwater crystal shrimp with a red body, having two small white stripes across the carapace, and white terminal segments to the walking legs. This is more or less the starting pattern that was discovered in cherry shrimp and domesticated into a wide range of colors and patterns to become the popular crystal shrimp enjoyed in the freshwater aquarium world, hinting at what could be possible if marine breeders were successful at mass culture of marine shrimp species. 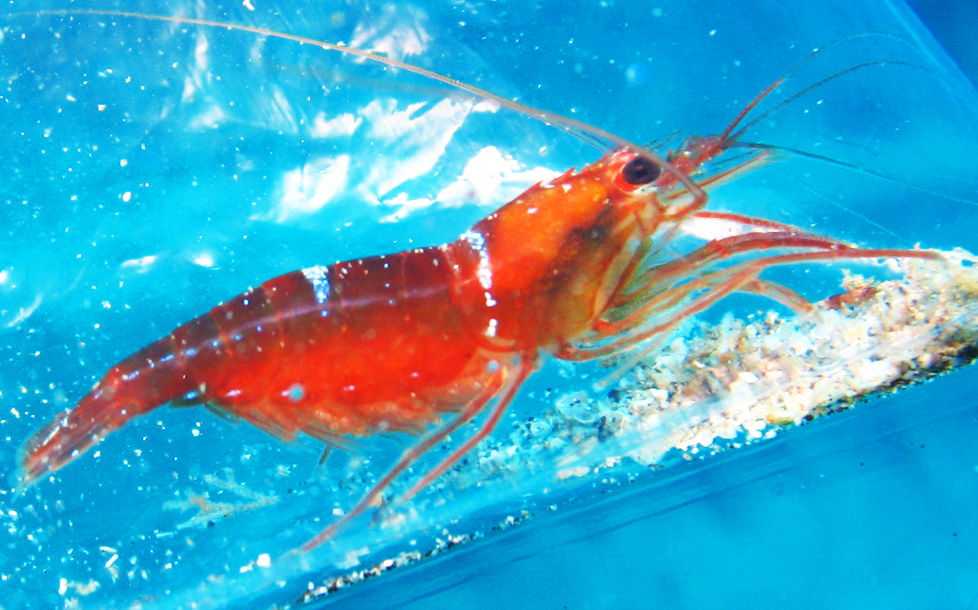 Being a Caridean shrimp in the Lysmata genus the new Napoleon shrimp is closely related to peppermint, blood, and classic cleaner shrimp and this species has been observed to do some casual cleaning of parasites from sleeping fish at night. Although it is an occasional fish cleaner, the Napoleon shrimp is most frequently found associated with Telmatactis sea anemones, often spotted taking shelter under the cover of their short, bulbous tentacles. [ZooTaxa]

Updates and Lessons Learned From Our 90 Gallon Reef Tank