Genicanthus takeuchii is hands down one of the most beautiful and exotic of all angelfish species, known only from very few hard to reach locations in the Northwest Pacific Ocean. This species of swallowtail Genicanthus angelfish is at the very top of our holy grail rare fish list and since it’s been nearly ten years since we wrote about this fish, we thought it was about time to put this fish in the spotlight again. 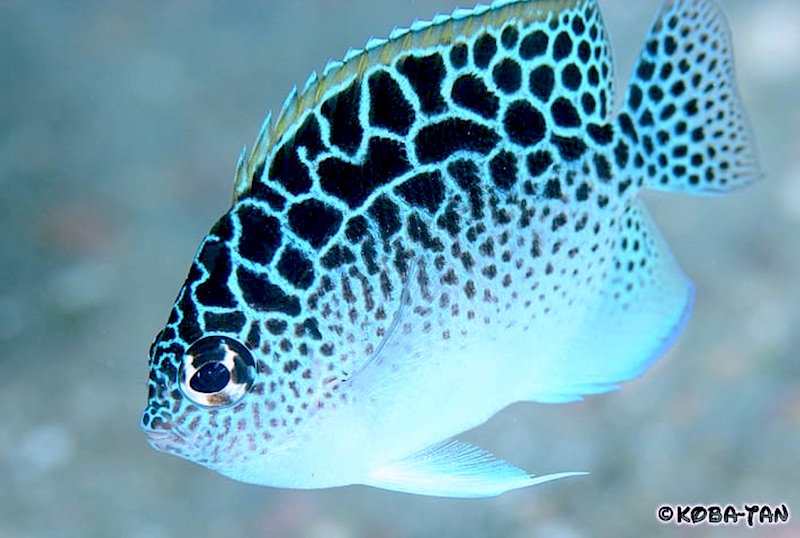 The Takeuchi angelfish is unique because it has a radically different appearance between the honeycomb-spotted juveniles to the boldly striped and large spotted males, with females being mostly ‘peppered’ in overall pattern. Perhaps due to its relative isolation the Takeuchi angelfish is frequently documented to hybridize with the Japanese swallowtail angelfish, G. semifasciatus.

Very recently we enjoyed some fresh new photographs from the Ogasawara Islands by Japanese reef diver Koba-Tan who kindly shared some closeup portraits of G. takeuchii. To our surprise while doing an updated cursory search of this eye-popping angelfish it came to our attention that this species was sighted and photographed outside of the Ogasawara Islands at nearby Northern Marian Islands by Andrew Gray. 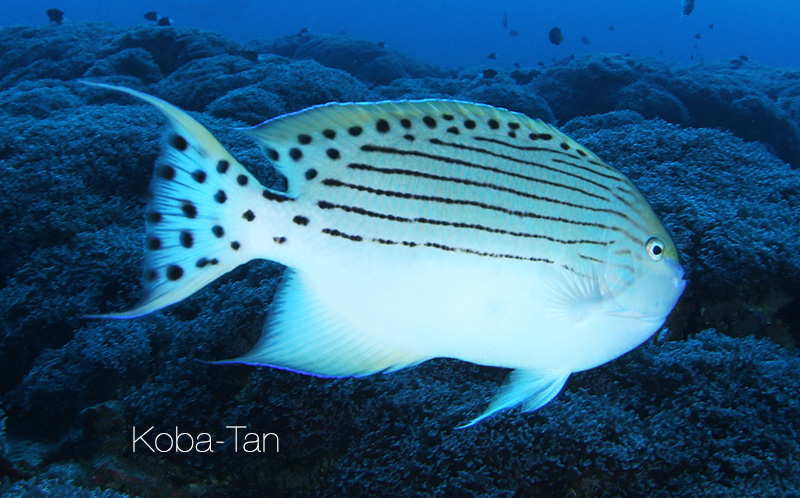 Since the Ogasawara Islands are a marine reserve this has precluded the collection of Genicanthus takeuchii which was thought to be endemic to this part of Japan but Farallon de Pajaros is also part of the Marianas Trench Marine National Monument. It was exciting to learn that the Takeuchi angelfish seen in the Farallon de Pajaros in the northernmost of the Mariana Islands was sighted at the reasonable depth of only 15 to 20 meters, between 49 and 65 feet. 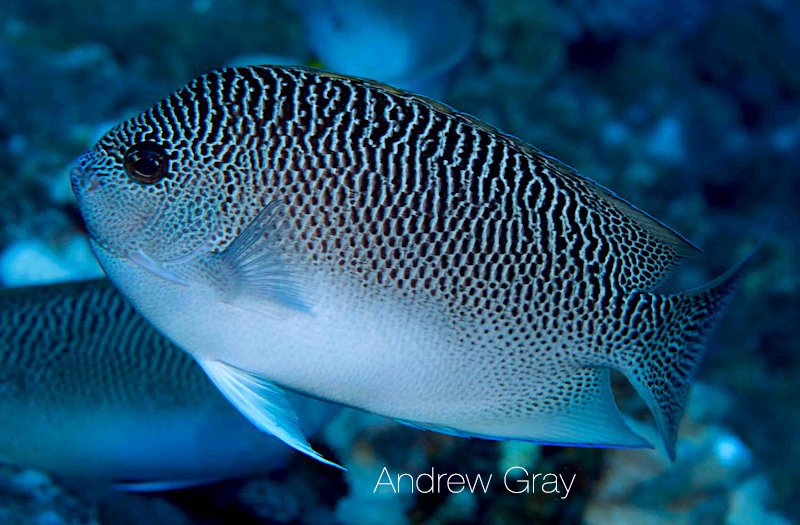 With this exciting development our first concern was that the Genicanthus takeuchii was a lone individual, like the Nahackyi angelfish waifs that are sometimes spotted in Hawaii, but it appears the multiple specimens including females were documented outside the Ogasawaras. Despite this very welcome range extension the Marianas and especially their outlying islands are still very remote and incredibly hard to reach, meaning we’re not likely to see aquarium specimens any time soon, but it also means their southern habitat is likely to remain pristine and protected.

Corals & Clams Can Only Look Blue Under Daylight Spectrum