The Penguin Pro power filters from Marineland are the first major release of a new aquarium filter of this kind in many years. Marineland’s Penguin and Emperor filters have been some of the most popular models in the aquarium hobby for decades with our personal first filter ever being the venerable Emperor 400.

With hang on power filters being the workhorse of aquarium filtration for most freshwater aquarist as well as some saltwater hobbyists, we wanted to take a close look at the changes and improvements Marineland engineered into the new Penguin Pro power filters. While the Penguin filters have experienced a number of superficial and packaging facelifts over the decades, it wasn’t until the new Penguin Pro generation that every aspect of the power filter was redesigned from the ground up. 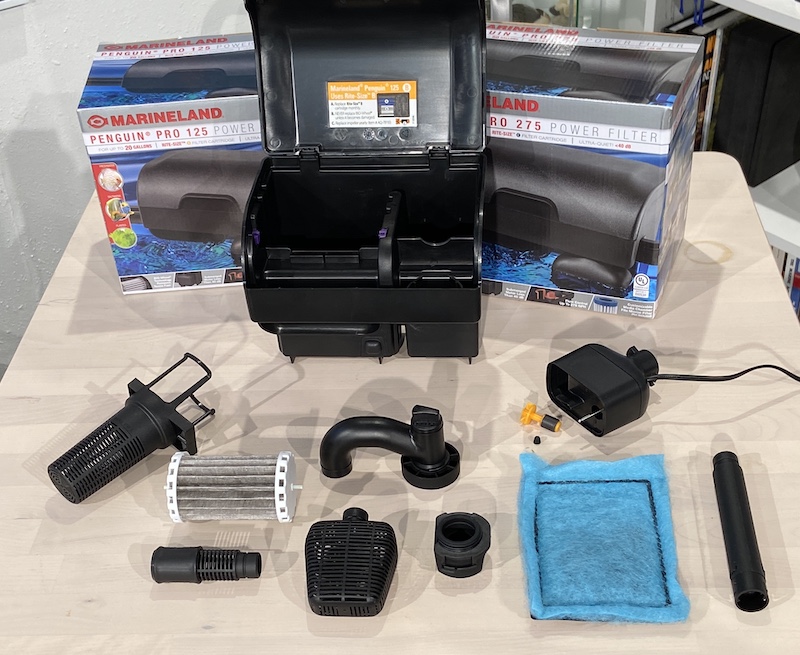 If there’s one thing that has given Marineland’s Emperor and Penguin power filters such lasting power is has to be their signature ‘bio-wheel’ which is a rotating biological contactor. The bio-wheel imparts imparts Marineland’s power filters with true wet-dry biological filtration in a dedicated object with a very high concentration of surface area for maximum colonization by important bacteria.

The biggest new improvement to the Penguin Pro filters is the relocation of the powerhead assembly from the inside of the filter to the outside, hanging inside the tank to increase space in the filter, but mostly to eliminate the need for priming. To our surprise Marineland didn’t let this new space go to waste and implemented something completely new with a built-in media reactor.

This small chamber can be used to hold any kind of chemical filtration media – great for using some carbon or GFO in nano reef tanks – but the documentation for the Penguin Pro tends to steer users towards using the ‘K2 Biological Media‘ which is designed to tumble within this chamber. With the Pro generation of Penguin filters Marineland has placed a lot of effort into making the filter as quiet as possible and with that in mind there is plenty of soft rubber gaskets connecting the pump to the filter to reduce and minimize vibrations.

The main filtration volume of the Penguin Pro is familiar to legacy Penguin filter users since it has two slots to hold the Marineland Rite-Size cartridge or their own refillable media cartridge. Some other changes include a hinged lid that covers the entire filter, the spillway has been designed much lower than before, and a completely redesigned intake strainer has a huge surface area to prevent blockage of the water intake. 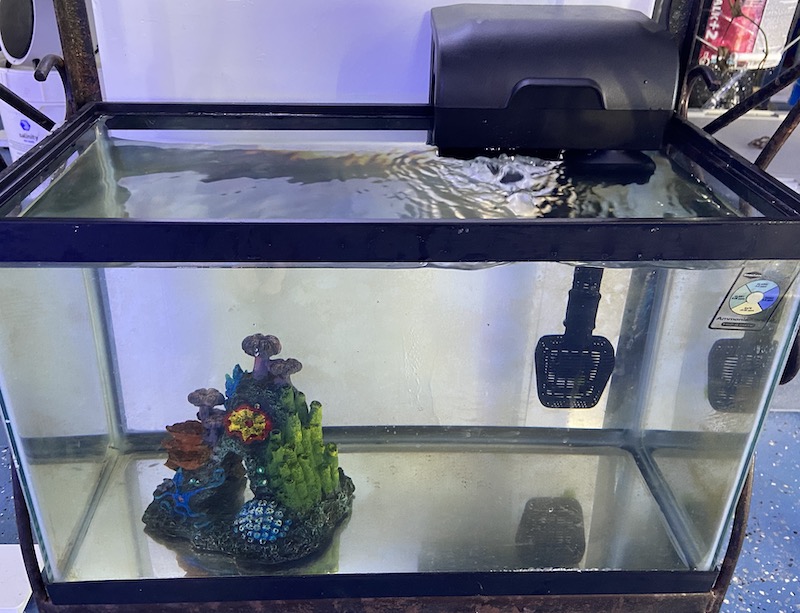 We’re very impressed with all the new improvements Marineland made to their new Penguin Pro power filters addressing some of the small but longstanding criticism of the legacy models. While power filters are not the first choice of most folks diving into the reefing hobby, this is only a trend and up to personal preference because there’s nothing technically standing in the way of having a thriving saltwater fish using power filters.

We’re really digging the new improvements to the Penguin Pro and we’ll be putting them through their paces on some displays very soon as we look forward to sharing a more in-depth longterm review of Marineland’s new workhorse power filter in the future.