Sansibia and Clavularia are two genera of soft octocorals that are well known in the aquarium hobby, one for being a pest and the other for sometimes being a colorful aquarium coral. Reef aquarists are well aware of how fast these corals can grow and this seems to have worked to their advantage on a South Atlantic reef where they have taken a foot hold growing as an invasive species of soft coral.

In September of 2017 two different non-indigenous species of octocoral were found growing in shallow water near Ilha Grande Bay, Rio de Janeiro State in Brazil. To our chagrin the researchers involved in the survey of these invasive octocoral patches quickly jumped to the conclusion that the Sansibia and Clavularia must have come from an aquarium introduction – a likely possibility to non reefers. 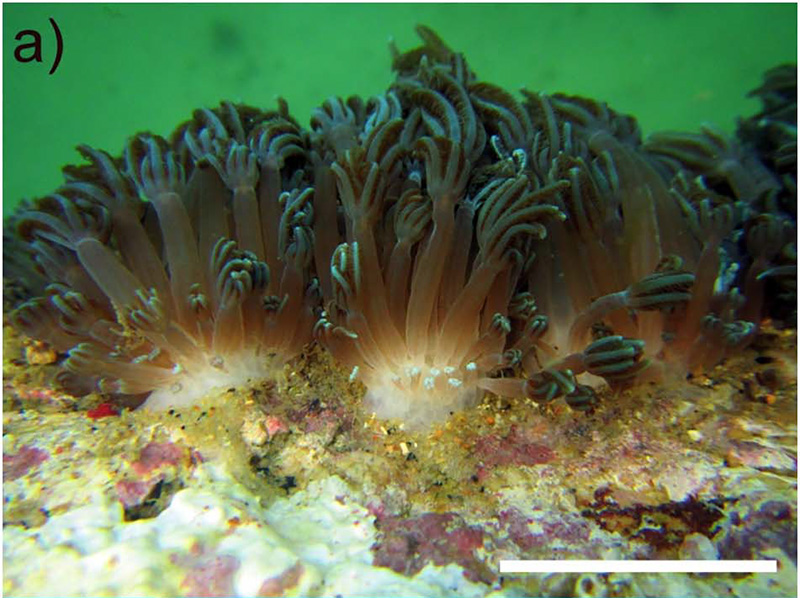 However this assumption doesn’t take into consideration that these brown corals are not popular with aquarists because they are not colorful and they quickly grow out of control. Despite our defense of the aquarium hobby, the shallow water location of the invasive corals and a dearth of international shipping seems to point to intentional introduction as a plausible vector.

With all the news of coral bleaching and reef degradation the two words ‘invasive coral’ seems to be an oxymoron but reef builders know all too well that many coral species can easily grow out of control and cause problems in a reef tank. The Sansibia and Clavularia join the ranks of Carijoa in India, Xenia in Venezuela, and Tubastrea throughout the Caribbean of coral species that are growing where they shouldn’t be. [Marine Pollution Bulletin]

Corals & Clams Can Only Look Blue Under Daylight Spectrum