Blastomussa angulares is a new species of scleractinian stony coral recently described from India by Mondal & Raghunathan. Blastomussa are a very popular group of fleshy LPS corals that are mostly supplied from the Indo-Pacific and Australia so we don’t have much experience of knowledge of the few Indian Ocean species

The closely related Blastomussa loyae from the Red Sea and western Indian Ocean.

The exotic Blasto species we haven’t yet enjoyed in our reef tanks include Blastomussa loyae and B. omanensis, the latter of which is still classified as Parasimplastrea by Dr. Veron. All of the Blastomussa species to date have fallen either under the smaller polyp species like B. loyae, B. omanensis, and the familiar ‘fluted’ B. merleti with corallites smaller than 8mm in diameter while the large polyp species B. wellsi and B. vivida have corallites 9mm or larger. 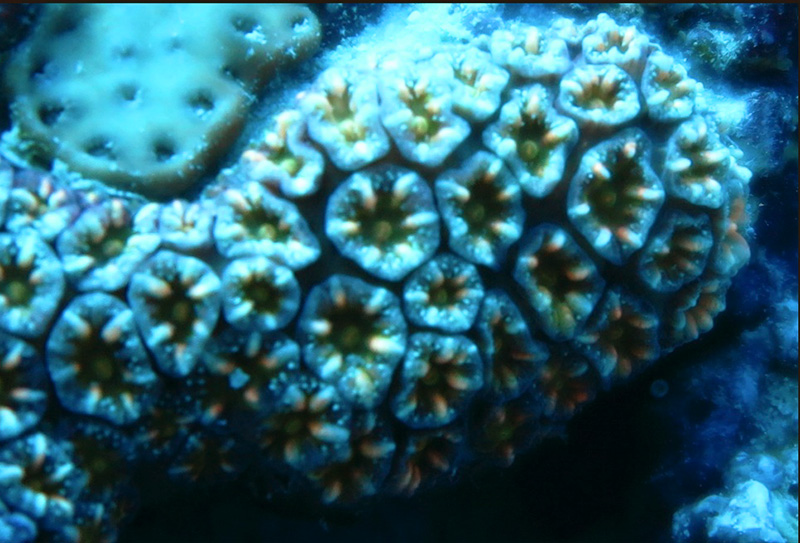 Interestingly the newly described Blastomussa angulares has corallites that range in size from 6 to 10mm but one of the key distinguishing features is the angular outline of the corallites, hence the angulares species name. The description of Blastomussa angulares was performed using only a single colony for the holotype which was found at a depth of 40 meters, or 131 feet, at Bangaram Island of Lakshadweep, India.

It’s no surprise that this intermediate species would be found roughly between the geographic centers of the small polyp species of the Indian Ocean and the larger polyp species of the Indo-Australian species. Blastomussa angulares shares some similarities with B. loyae which we can see from the prominent radiating stripes and other skeletal features seemed to support that artificial assessment.

We made some minor manual adjustments to correct the blue-heavy photos of the in-situ colony included in the original manuscript but it was a very light touch. There’s a tremendous amount of variability of both color and shape in Blastomussa species so we’re very excited to add one more to the genus for a total of six and we’ll be on the lookout for any further reports of Blastomussa angulares coming from the central Indian Ocean. 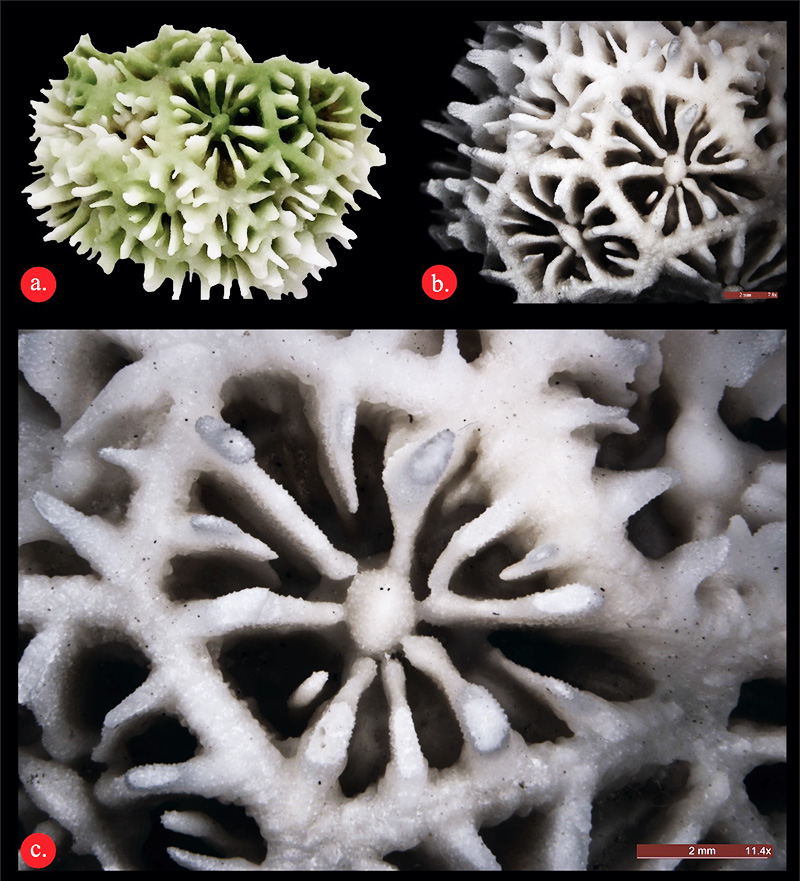