Normally when we share exciting fish from RVS Fishworld we’re content to feature one specimen at a time but this week we have four unique specimens to tell you about. Three of these are fish we have featured before but the hybrid powder brown tang is a new one for us. 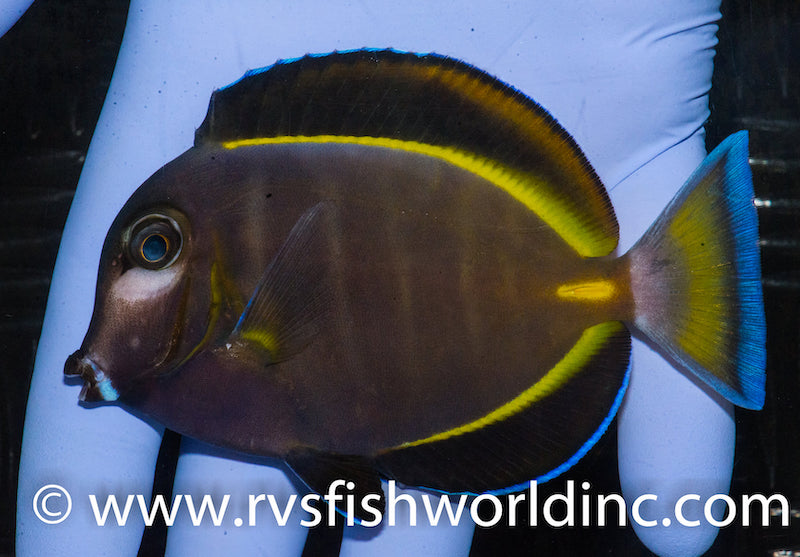 The darker species Acanthurus nigricans is called the goldrim tang and it is darker overall with very pronounced yellow outline to the body. It’s hard enough to tell apart these two sister species when they are small but the hybrid that RVS just shared with us is an unusual blend of its parents, and will have a subtle but very pronounced appearance to the real surgeonfish aficionados. 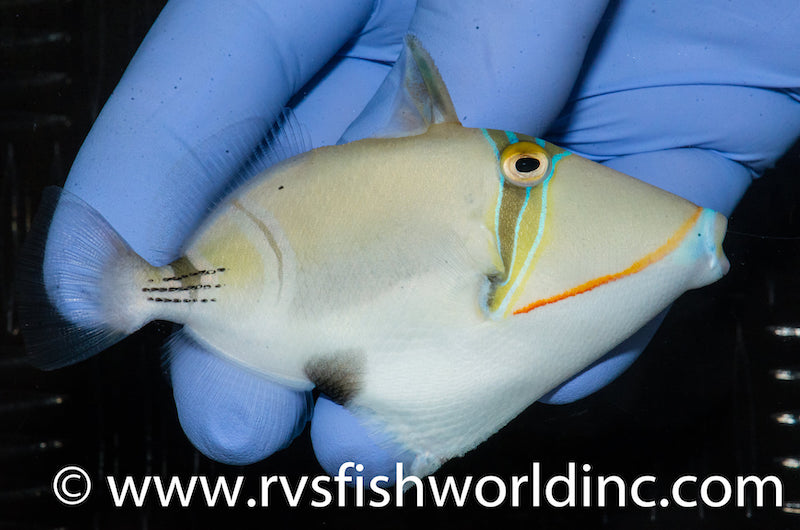 The blue porcupine pufferfish is also a species we’ve encountered in the past and its elongated shape is due to its more pelagic, open water swimming lifestyle as its common name of Pelagic pufferfish describes. These are purely for the fish-only aquarium as they grow large, need to eat a lot of food to maintain their rotund figure which will max out at around at around one foot long. 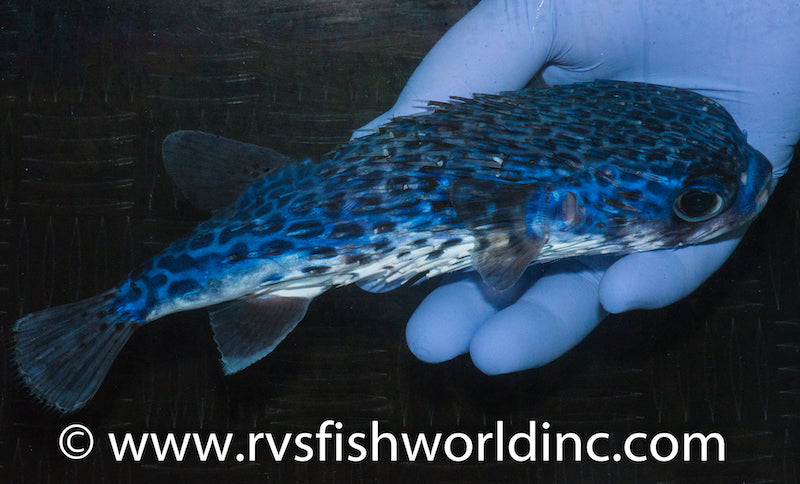 Of these four awesome fish the real prize is the newest specimen of a golden xanthic undulated triggerfish. As with xanthic specimens of Balistapus undulatus that we’ve documented before, this specimen has the same spotted pattern we come to expect in these very striking fish.

The consistently spotted pattern of xanthic undulated triggerfish means there has to be some genetic component to their xanthic coloration but unfortunately once in captivity these fish develop the dark green base coloration of normal specimens. We have to wonder if there’s a way to preserves their brilliant golden coloration when they are freshly collected, perhaps by refraining from exposing them to bright lights and any hint of ultraviolet spectrum. 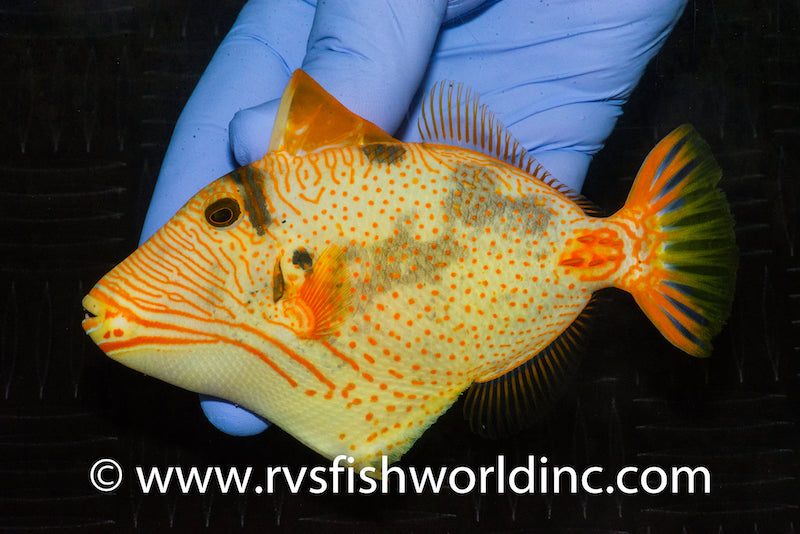