The coral reefs of Florida have seen a long steady decline for more than 100 years and a lot of research and effort has been done to try understand the root causes of this degradation and how it can be mitigated. Despite all of the protections, coral restoration work, and coral spawning work, the coral reefs are on the cusp of losing one of its most iconic species, the pillar coral.

Dendrogyra cylindrus is unique among all coral species with thick, large rounded branches that can grow up to ten feet tall, with several of these together forming colonies that can reach the size of a small tree! One of the ways that pillar coral spreads can happen when one of these large tall branches fall over and new branches sprout up from its side, with the thick skeleton and shaggy polyps and tentacles forming a unique dense living mass growing on the reef. 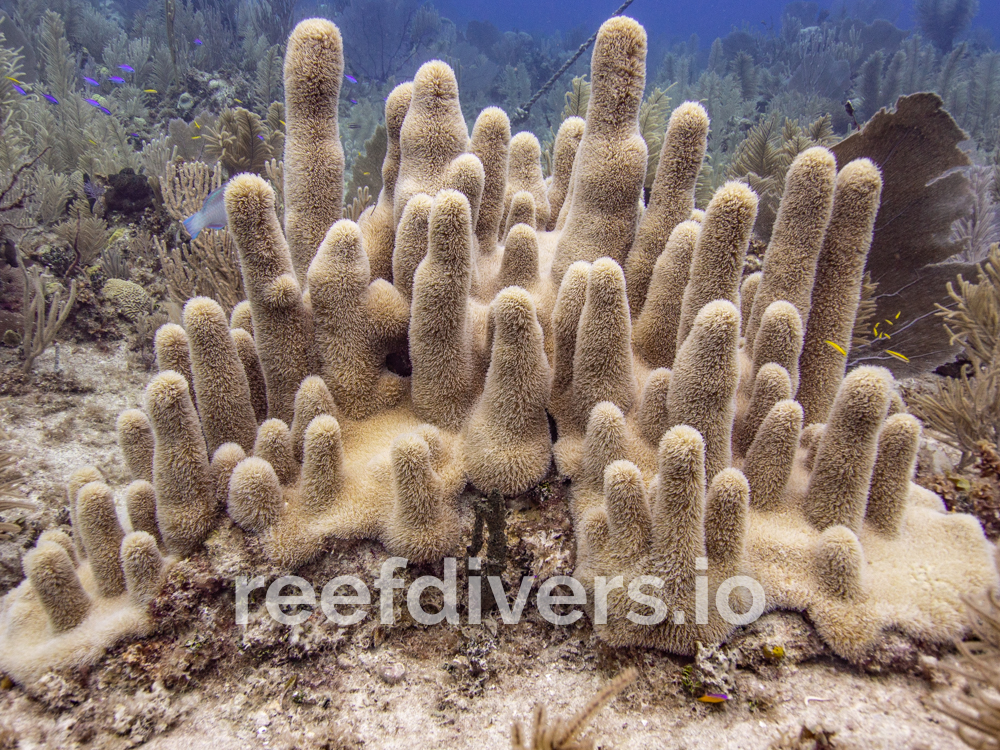 Unfortunately, the pillar coral’s slow and steady strategy of growing sturdy colonies on the reef in order to survive in areas of high water flow and through heavy storms has meant that this coral doesn’t reproduce very quickly and they have steadily declined in numbers over the past several decades. More recently over the past couple of years a highly lethal disease has been decimating the last vestiges of stony corals in and around Florida, with a nearly 100% mortality rate for all stony corals except elkhorn and staghorn corals of the Acropora genus.

Pillar corals were already one of the rarest species on Caribbean coral reefs and even rarer in Florida but the Floridian Dendrogyra were especially hard hit. Due to its very recognizable appearance on the reef, the few isolated large colonies were well known to local coral researchers and divers for years, with many of them having character and even their own names.

Alas the pillar coral colonies formerly knwon as ‘Archie’, ‘Bunny’, and ‘Lonesome Larry’ have succumbed to the rapid tissue loss afflicting most stony corals in the area and the species has now been declared extinct in Florida. Even if not all of the pillar corals are dead yet, it’s only a matter of time – with no mature colonies around there’s no sliver of hope that new recruits will settle out onto local reefs and it can take a decade or more for pillar corals to reach sexual maturity. 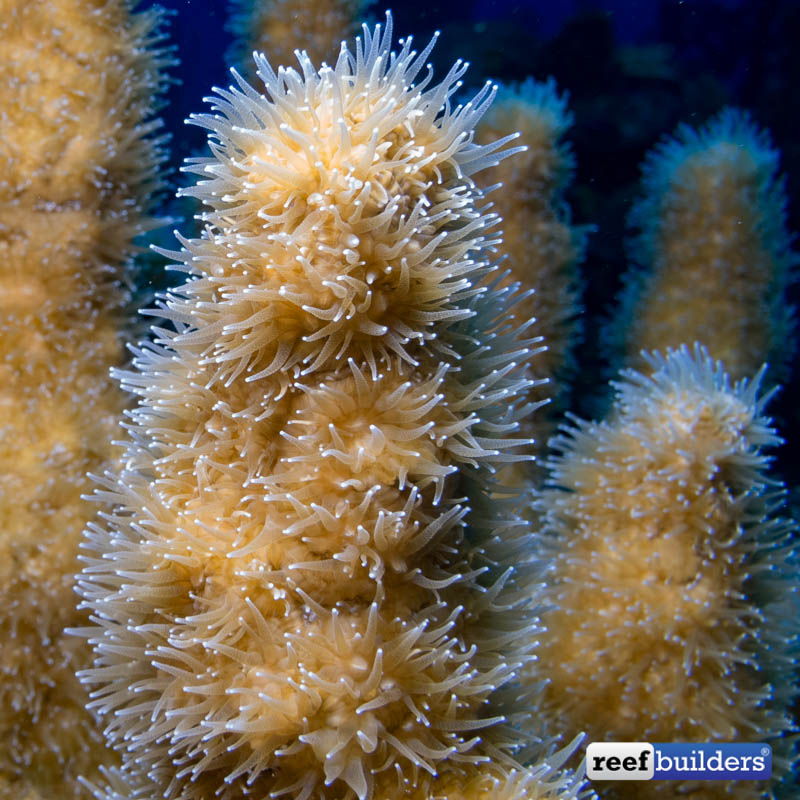 The situation for pillar corals in the wild is extremely grim, and with all of the threats that coral reefs face including warming temperatures and acidification, there is no indication of whether the reefs of Florida will be healthy enough to sustain pillar corals again, at least in our lifetimes. It’s not all doom and gloom for pillar corals though, the species still persists through many parts of the Caribbean ,and the Florida Aquarium already has a small captive population that they have managed to spawn in a specially designed aquarium system.

There’s been a lot of effort put into breeding corals that are resistant to climate change and disease, and Dendrogyra is one of the coral species that could really benefit the most from this sort of genetic enhancement and supervised breeding programs. Not all hope is lost for the future of pillar corals but it’s definitely going to take a lot of work for scientists and researchers to figure out a way to make a new generation of Dendrogyra ‘supercorals’ if and when the reefs of Florida can ever be restored to the point where they can support the iconic Pillar coal again. [WLRN]

How to Cycle a Reef Aquarium Right Away - With Corals First

Deltec VF8000 is More Than Just a Larger Roll Filter

May 25, 2021
Site Sponsors
Reef Builders is Supported by: