This Yellow Scopas Koi is Turning Into a Dirty Bird

Rare fish fanciers will probably be well aware of the large aberrant Zebrasoma scopas that are frequently collected in the Maldives and in western Indonesia that are known as Koi Scopas tangs in the aquarium hobby. But it is less common knowledge that some of these piebald colored scopas tangs can actually develop their eye catching patches of coloration from normal Z. scopas specimens in captive aquarium conditions.

Like the large wild caught koi scopas tangs, the phenomenon of color changing scopas tangs is rare and only tends to arise in older, larger and more mature individuals and it can take years for any kind of color change to start appearing. The patches of black, grey or green coloration don’t show up all at once, it is very gradual and it is somewhat more common in specimens of the yellow variant of Z. scopas and an outstanding example of this transformation is well underway in the display tank of Living Reef Orlando. 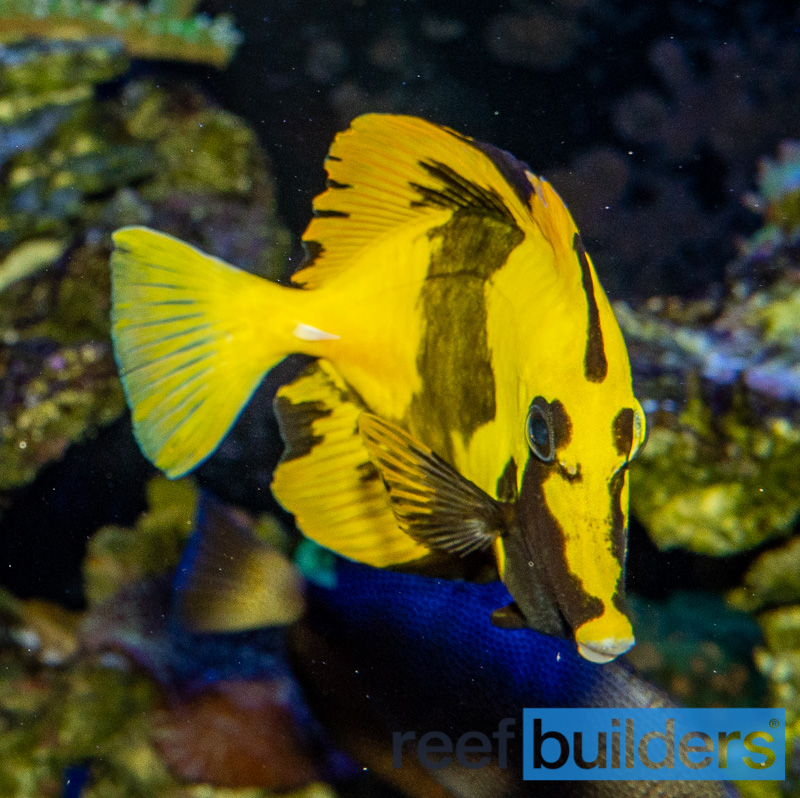 Better known for their wide selection of premium SPS, LPS and other corals, there’s actually a respectable collection of showy saltwater fish in their primary reef aquarium display including the developing black and yellow scopas tang that caught our attention a few weeks ago. The most interesting part of the fish we are nicknaming Dirty Bird is that is began its life as a nearly all yellow surgeonfish with only the slightest hints of black. 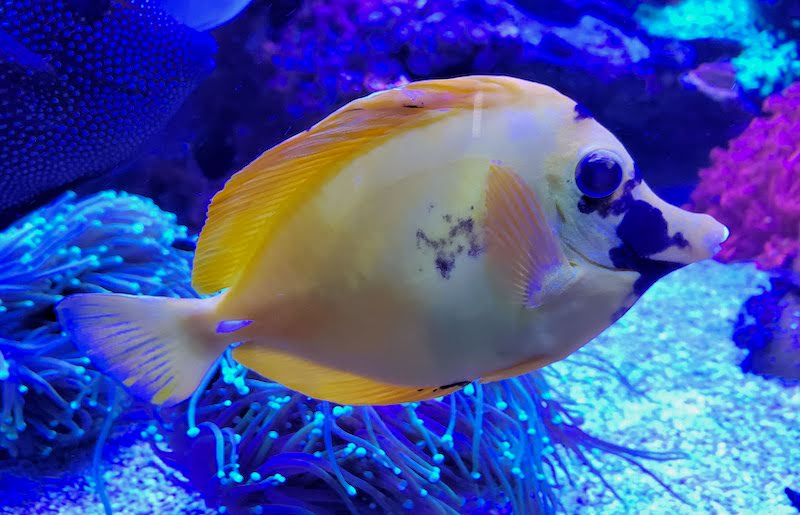 Over a period of several years a fish which was once dominated by a xanthic yellow coloration is now going to the dark side by developing patches of black pigment sometimes also referred to as melanism, so a little bit of yin and yang. What started as just small black markings on the edges of its fins, on its sides and face has now metamorphosed the entire fish into a fish which is nearly half yellow and half black with piercing red-orange eyes.

One particularly attractive feature of ‘Dirty Bird’s’ transformation is the neat yellow edged tips to the black pectoral fins which flutter like a butterfly’s wings when the bumblebee scopas tang is actively swimming around. At around five inches long the black and yellow scopas tang is only just approaching a full adult size and the black coloration is still spreading and developing throughout the fins and body of the fish and who knows where the coloration will end up.

We hope that as the black coloration spreads it doesn’t completely take over the yellow base color of this scopas tang but since it has a permanent home in the display tank of Living Reef Orlando we look forward to dropping in on him to see his progress in the future. 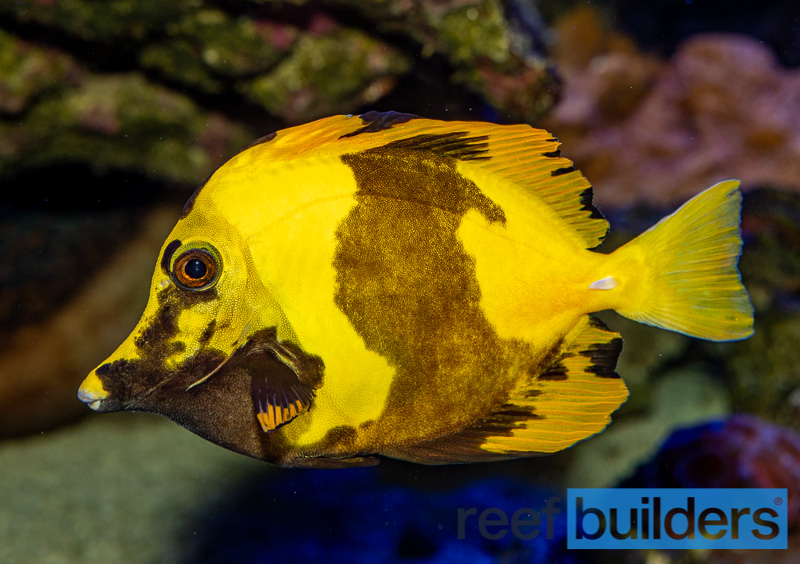 Pectinochromis lubbocki is a Gorgeous Dottyback from the Red Sea