Large polyp stony corals are some of the most highly variable of all species of Scleractinia so it’s always fun to peruse a curated collection in people’s tanks, local fish stores, and especially at large aquarium events. Such a conference occurred last week in Dallas with Aquashella, one of the last major crossover aquarium shows of the year where we eyeballed a bunch of solitary polyps of fleshy, colorful and eye catching corals. 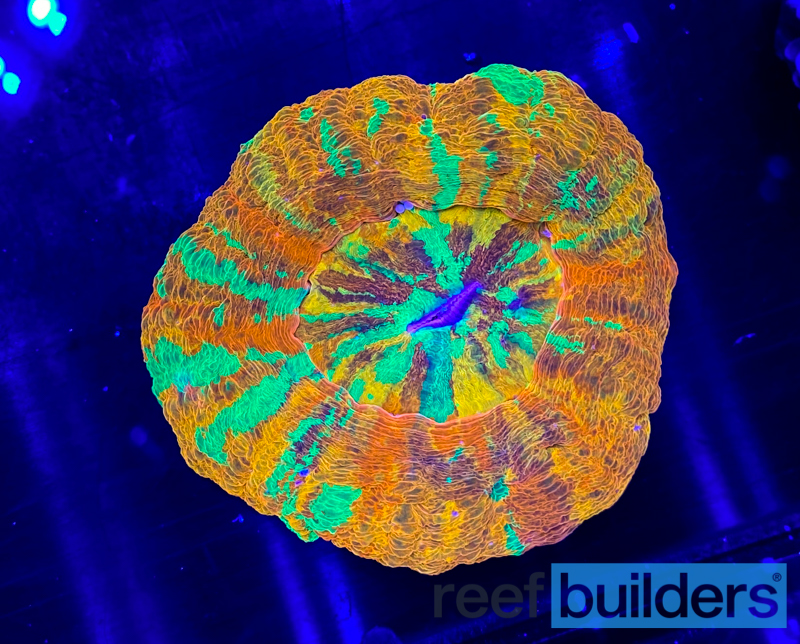 The Australian ‘Scolymia’, Homophyllia australis, is always a fan favorite of LPS collectors with the species existing in such a veritable rainbow of colors and patterns that we have specific designations for certain combinations like bleeding apples and warpaints. Two ‘scolies’ that garnered a lot of attention included a very striking TRUE orange H. australis from Zoanthids.com and a unique master grade polyp from Southwest Aquaculture with an even combination of red and green striping and an underlying ring of black typical of the UFO variety. 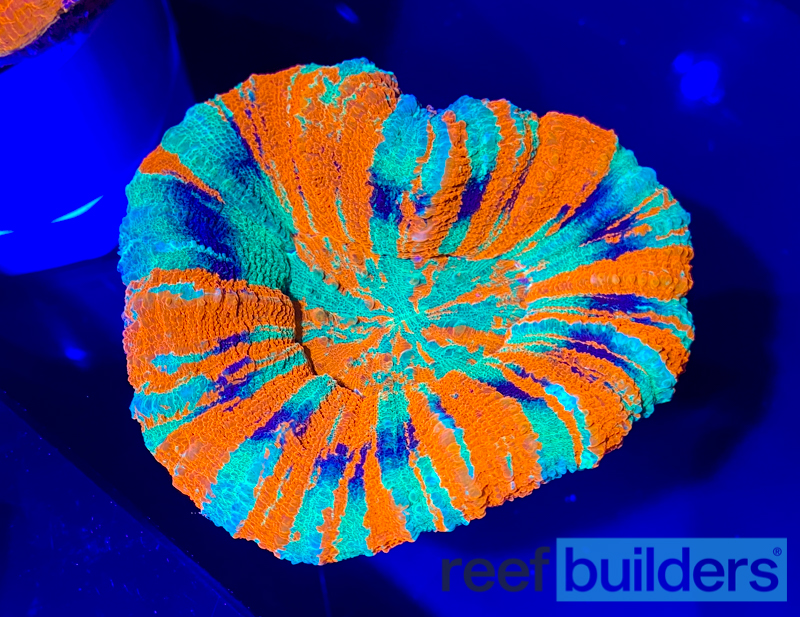 It’s pretty rare for any single company to corner any aspect of the various coral categories at a reef show but Coral Vault had LPS corals on lock at ‘Shella Dallas with vast offerings of every major group of these usually solitary stony corals. Coral Vault had copious examples of many different coral groups on hand including Acanthophyllia, Cynarina, Trachyphyllia, Micromussa pacifica and many different button scolies.

The polyps that ignited our interest the most was the pair of ‘Siamese’ Acanthophyllia that Coral Vault displayed – one piece was a duo of classic red & green polyps growing side by side, and it was joined by a more orange & green specimen with a figure-8 shape which will probably expand to the size of a bucket lid when really settled in. If you’re more into the classical round shapes of LPS corals there was also an intense orange Cynarina with radiating reddish pink coloration of the vesicles even before opening, and one of the nicest rainbow Acanthophyllia we’ve ever seen in person with a very fine network of radiating stripes covering the entire mantle.