The Alpha LED light is a new aquarium fixture design from PacificSun with an impressive peak power of 215 watts. While the fixture itself might be mostly a box design, PacificSun is trying out a new LED layout in the form of an X pattern in order to presumably help with color blending and mitigate the disco ball effect of multipoint lighting sources shining through the water surface.

PacificSun included eight channels of LED colors and control in the Alpha LED including tons of blue, royal blue, violet, and ultraviolet which is balanced by the incorporation of cyan, green, amber, red, and cool white color channels. The X-shaped LED layout is aided by the absence of secondary reflectors or lenses to create a broad and uniform light field across the whole aquarium and as we’ve seen in other light, the use of cyan and amber colors really helps with taking better color-balanced images of our reef tanks with cell phones. 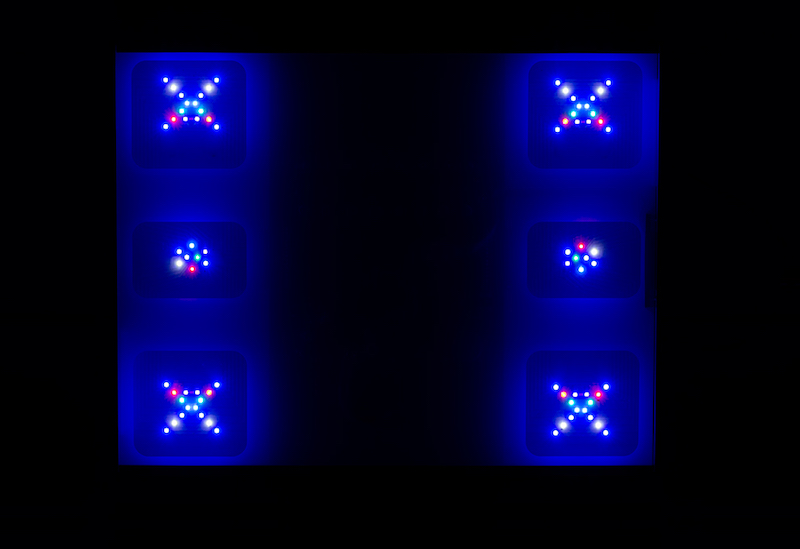 The large 36 by 29 centimeter, 14 by 11 inch dimensions of the PacificSun Alpha LED is recommended for tanks up to 80 by 70cm or roughly a 28 inch square footprint. These might be the dimensions of what the hobby is calling a ‘flat-panel’ LED light and although PacificSun went a different direction with the LED layout, they are using the larger surface area as a large, passively cooled heatsink for silent operation while keeping the weight down to a weighty but manageable 3.5 kilograms, or just under eight pounds.

For a company perhaps best known for their LED + T5 hybrid light fixtures, we’re pleased to see PacificSun releasing a new purely LED light fixture as it’s refreshing to see some new experimentation in led lighting designs, and the silent running passively cooled design is also very welcome. The Polish made and designed PacificSun Alpha LED light appears to be one of their best in a long time and it is now available for preorder for 799€. 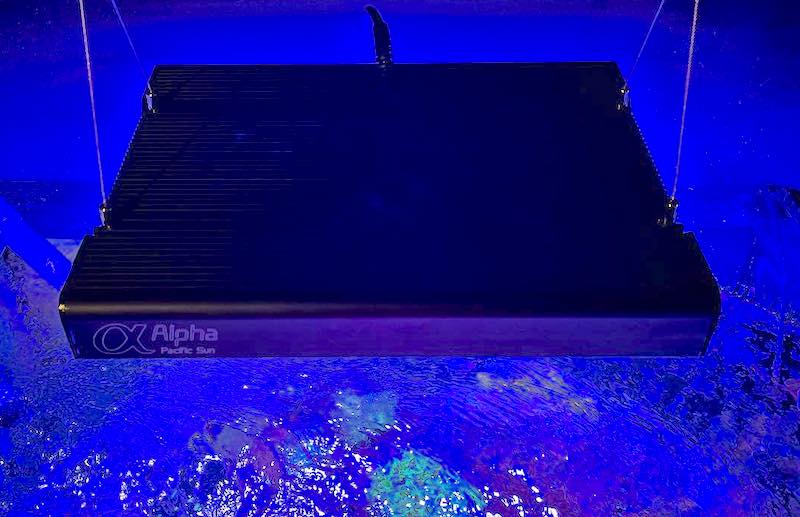 Sending Our Own Corals to EcoTech Marine [Video]