Green ‘Grafted’ Heronensis is one of the Rarest Corals

The Hero Coral, Turbinaria heronensis, is one of the most interesting of all pagoda cup corals because it can exhibit a range of growth forms. Sometimes hero corals are completely branching like a delicate looking Duncanopsammia, other times it’s nearly smooth and a flat cup shape more like a typical cup or scroll coral, but most often the colony shape is indeterminate between branching and plating in its appearance. 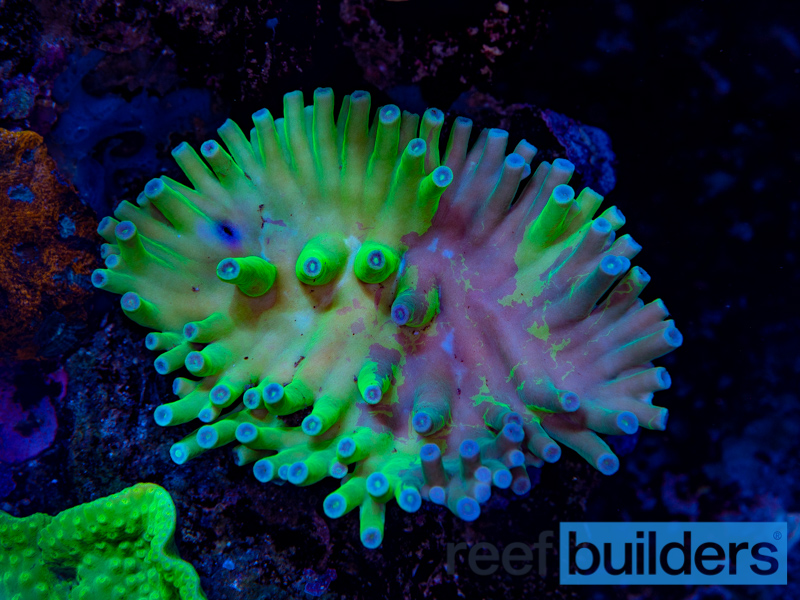 Despite being a photosynthetic coral and thriving in fairly bright to low light, in contrast to other Turbinaria and Duncans most Hero corals usually extend their polyps primarily at night more like an NPS coral, which isn’t a crazy surprise since they are in the same family as Dendrophyllia and Tubastrea. The way that Hero corals occupy this indeterminate shape to their colonies and a photosynthetic and non-photosynthetic lifestyle makes them inherently fascinating and there’s simply no other coral like it. 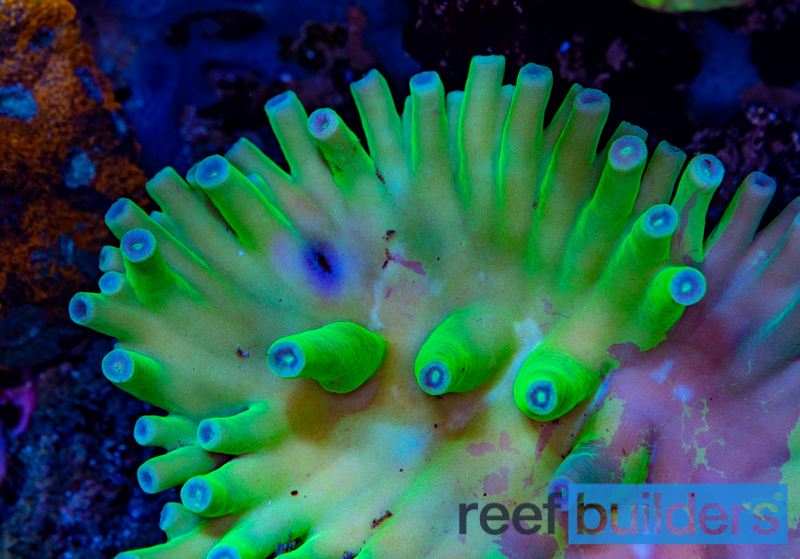 We’ve long collected just about every piece of Turbinaria heronensis that we come across and several years ago we were fortunate enough to acquire a unique frag from Jason Fox that was light brown with a not-so-small part of it infected with green fluorescent protein. We were very excited to keep and grow this piece but over the first year the green protein spread out so quickly that we fell out of love with it believing that it would eventually overtake the entire colony becoming entirely green like a more normal Hero coral. 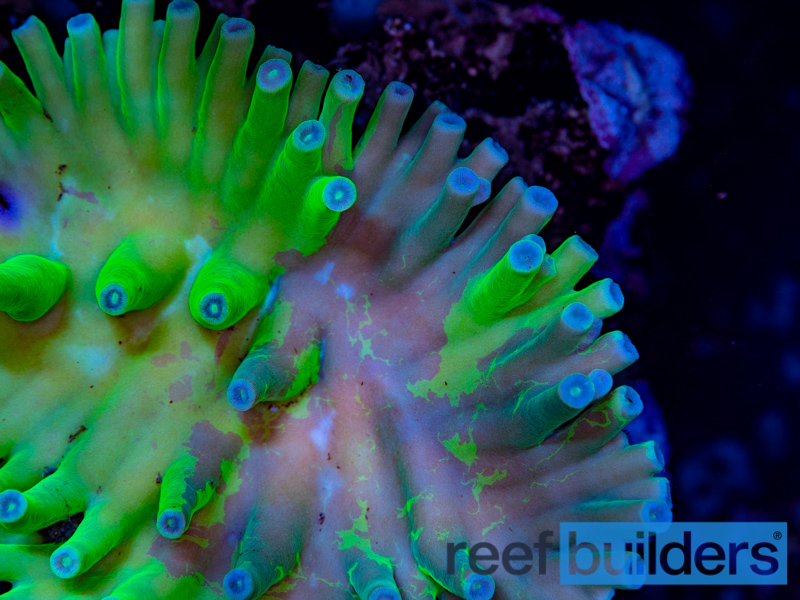 However while the specimen has grown very well the spread of the GFP infected ‘grafted’ area has slowed dramatically resulting in a nearly bicolored colony of one of our favorite corals. In some areas the green pigment has developed into exotic swirly patterns that we can only pray will continue to persist as this coral continues to grow and perhaps one day it’ll be large enough to frag and distribute so that other reefers can enjoy this rare variant of a truly exotic stony coral. 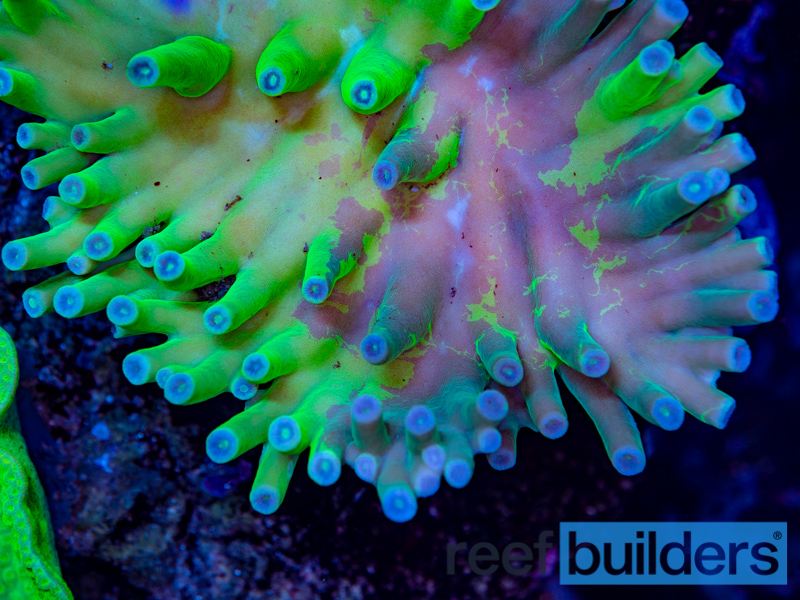 There Wouldn't be a Reef Builders without Champion Lighting & Supply