Maxima clams are easily the most variable species of Tridacna which is to be expected for a reef animal that has a natural distribution across more than half of the globe from the Western Indian Ocean all the way to the Southeast Pacific Ocean. However today’s crop of Tridacna maxima are the result of captive breeding efforts from Indonesia which has resulted in some of the most striking gold and green specimens of this species we’ve ever seen.

We’ve seen maxima clams with a certain degree of green or gold coloration but these little cultured clams are really pushing the limit of high contrast coloration we’ve ever seen with deep green and astonishing gold markings. It’s not just the dominant color of these maxima clams that caught our eye but also the abundant quantity of bold dark markings which range from a rich brown to nearly purple and a complex pattern that look like they were designed to take part in the Holi color festival. 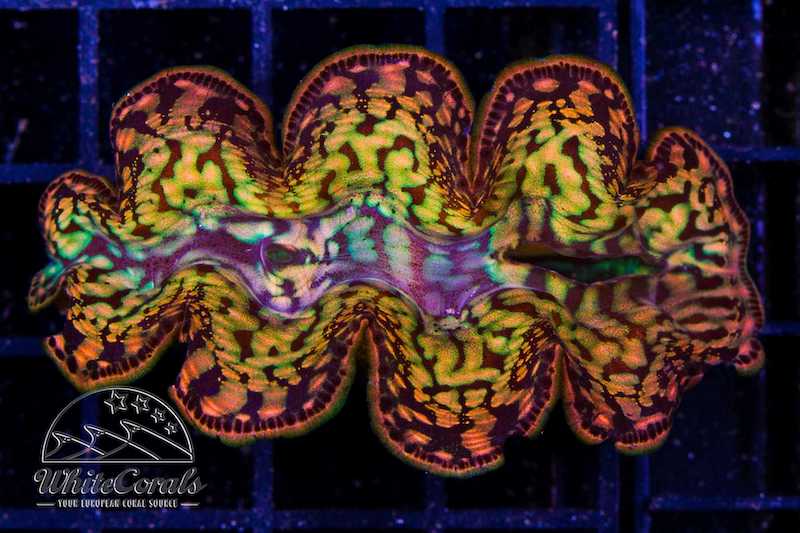 As you can tell from the watermark this batch of flamboyant clammy clams made their way to White Corals in Germany and they did an amazing job of documenting these wonderful, colorful jewels. As you can see this color variety of Tridacna maxima is not a one-off as there are no less than a dozen individuals of the pretty little solar molluscs and we wish them a long happy life in their future reef aquarium homes. [White Corals]