Tail less fish are surprisingly more common in saltwater fish than you would think but this kind of amputation doesn’t seem to bother certain fish like the gorgeous near-adult scopas tang pictured here. This disabled Zebrasoma scopas was collected in the Philippines and scooped up by Aqua-Gift in Japan where they list a common scopas tang for a street price of around $100, but we suspect this guy will go for a modest premium. 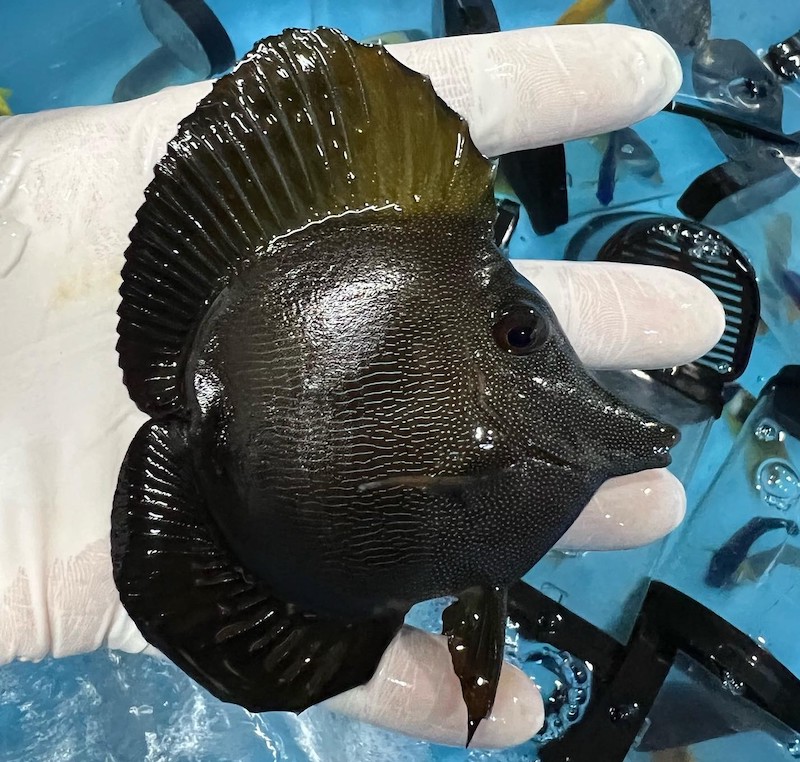 Unlike blood parrot cichlids in freshwater aquariums who have their tails amputated to make them appear ‘cute’, the marine fish without tails are a natural phenomenon and as evidenced by their lack of a scar, happened long ago in their lives, and fish have adapted to using their other fins to get around. Tail-less marine fish are not for everyone and we neither endorse or admonish them, but they can make for a very unique fish specimen which is perfectly exemplified by the vertically gifted scopas tang which is taller than it is long.