Unscripted Aquarium is a new company that is offering a device for clarifying aquarium water unlike any we have seen before. Like so many other new and unproven aquarium technologies the Unscripted Aquarium was planning to launch on Kickstarter for gaining traction and reaching a wider audience but in a surprising turn of events, interest was strong enough that the device went straight for sale on the company’s own website.

This little hang-on doodad doesn’t look like too much more than a clip with a thick side to it but it still leaves us wondering how this machine works and what it actually does to improve the clarity of aquarium water. Information about how the Unscripted Aquarium works on the company’s own product website are on the scant side but in our conversation with the creator we deduced a few details that help to bring out of the realm of voodoo. 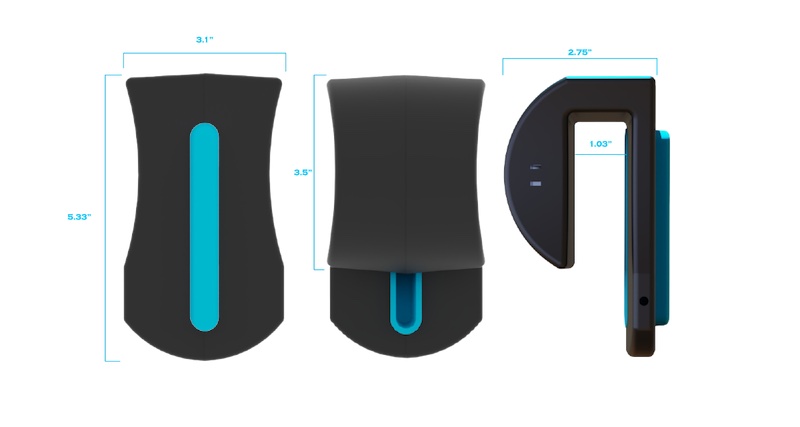 Unscripted Aquarium has no moving parts, doesn’t require servicing, runs 24/7 and is always working on keeping dissolved particles out of the water in a natural way. The sizing of the Unscripted Aquarium Clarifier is all dependent on the needs of your tank and a single unit can make an improvement to water clarity on tanks up to 125 gallons. There is a lot we don’t know about the UAC, especially the ancillary effects of the ionization in water which is already clear.

The UAC seems well tested for small and medium sized freshwater aquariums with water clarity that leaves something to be desired. We don’t fully understand how it works in saltwater. but it’d be interesting to see if it makes planktonic foods more ‘sticky’ to aquarium corals. The new Unscripted Aquarium Clarifier will start shipping in early July but you can pre-order one right now for $99 if you want to discover the benefits for yourself.