The Reefi Uno 2.0 is the newest light from the ‘craft’ LED light manufacturer out of Washington which follows on the success of their Reefi Uno we learned about last year. Their Uno and Duo LEDs turned a lot of heads with more colors, more control channels, uniquely designed reflectors and a catchy built-in display to give users and especially the enthusiasts some features that they weren’t getting from bigger brands.

It’s certainly remarkable that Reefi has managed to bring so much power and functionality to a small batch LED light like the Uno, achieving a degree of grassroots fans that are keen to discover what Reefi can do in a new generation of LED lights. The Reefi Uno 2.0 Pro improves on the Reefi Uno in a number of ways, most notably by increasing the LED count from 72 to 114 diodes, increasing power by nearly 50% from 180 to 260 watts.

The challenge in increasing LED count and power is to retain a reasonable efficicency by limiting the power of each LED and the Reefi Uno 2.0 went from 2.5 watts per diode to 2.28 watts so it’s even more efficient than before. One way that Reefi was able to increase the power density of the Reefi Uno 2.0 is by using the latest 2 layer copper core PCB technology with Direct Thermal Paths, so that the LEDs are directly in contact with PCB’s base metal for greater cooling.

Reefi is also unique as a manufacturer in foregoing secondary lenses in lieu of their specially designed ‘Reeflectors’ which have an increased beam angle of 110 degrees, a very welcome increase in light coverage since the original 90 degree Reeflectors were a little on the concentrated side like a spotlight. Nerdy stats aside, the more significant and palpable change to the Reefi Uno 2.0 is that most of the LED expansion took place in the deep blue, UV and near UV spectrum which follows a shifting of spectrum that we’re observing in most new reef LED light fixtures. 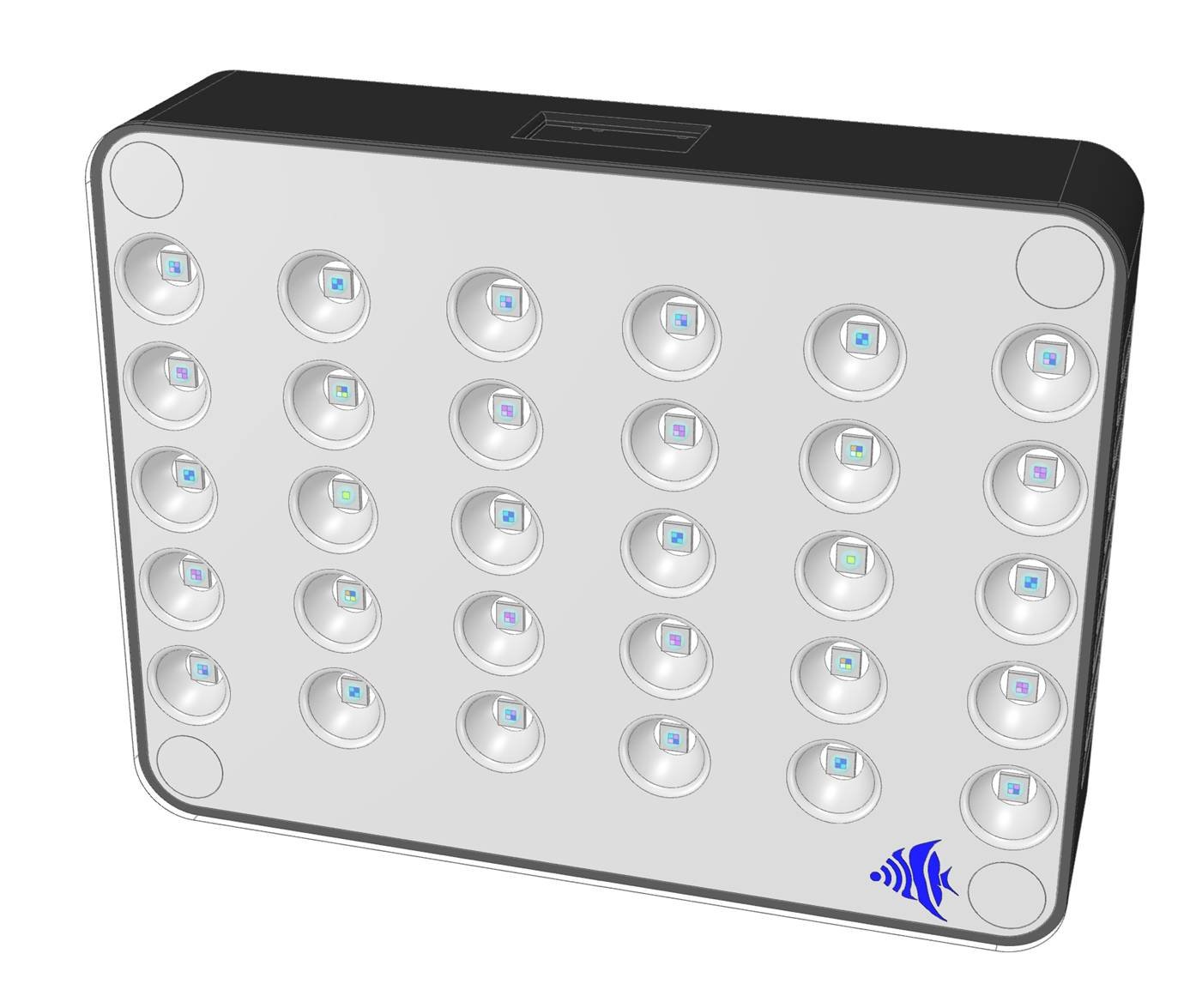 One bigger difference between the first Reefi Uno and the Uno 2.0 is that instead of grouping the LEDs into a typical clustered fashion the 114 diodes of the Reefi Uno 2.0 are spread out across the whole underside of the fixture for wider coverage. The spacing of the LEDs wouldn’t work in many other lights but Reefi has really pushed the use of multiple grouped LEDs into tiny micro clusters to help with the color blending, and enable so many LEDs into such a small fixtures.

The $399 Reefi Uno has been a great value for adventurous reefers who like a light that they can tinker with and we’re pleased to see that it’s getting a second version with a lot more power and LEDs for only $50 more, although you can get one at 20% off at only $360 during the current pre-order window. [Reefi]

ReefStock Australia 2022 Is coming for Sydney!