Reefi is a unique reef aquarium lighting startup that may be a smaller company compared to the hobby’s biggest players but you really wouldn’t know it from the way they build and price their lights. The Reefi LED Uno is a perfect example of what a lean and nimble manufacturer can achieve with their newest model being a fully fledged 180 watt light fixture with nine color channels for only $350.

Even as we type out these key specifications of the Reefi LED Uno, the combination of power, features and value doesn’t even sound right for a wholesale price, let alone retail and you would think that some kind of compromises had to be made to make this powerful light fixture. The Reefi Uno has the same number of LEDs as the Reefi Duo that we wrote about almost two years ago but they are creatively packaged into the same size LED cluster as before. 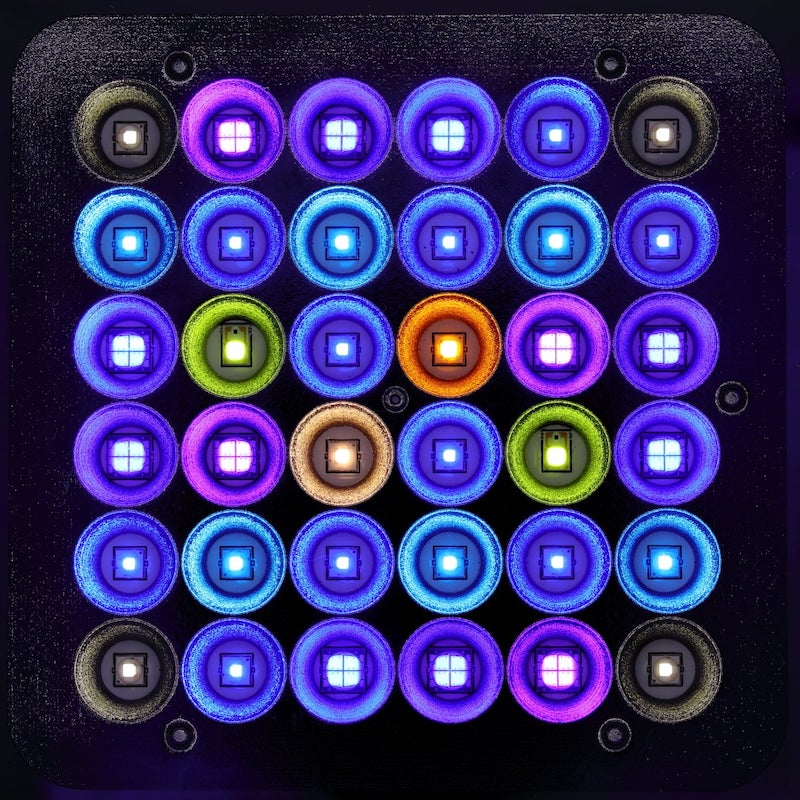 If you’re paying attention you’ll no doubt notice that there are actually only 36 individual reflectors so the extra diode count is made possible by 12 x 4-in-1 quadruple die packages to enable quite a punch in the deep blue end of the lighting spectrum. The huge number of ultraviolet, 420nm ‘indigo’ and 430nm ‘violet’ totaling 48 diodes is massively more than any other fixture, but that still leaves 24 discrete LEDs for the blue, royal blue, white, warm white, and accessory amber and lime colors.

While some manufacturers have cut cost and functionality by grouping some of these colors and limiting control channels to only five or a paltry four channels, Reefi spared no features to provide every color with its own control channel. Only the flagship lights Ecotech Marine’s fifth generation have more control with 10 individual color channels but most others have far less, so this is one aspect of the Reefi LED Uno that we really appreciate, even the amber and lime LEDs are controlled separately. 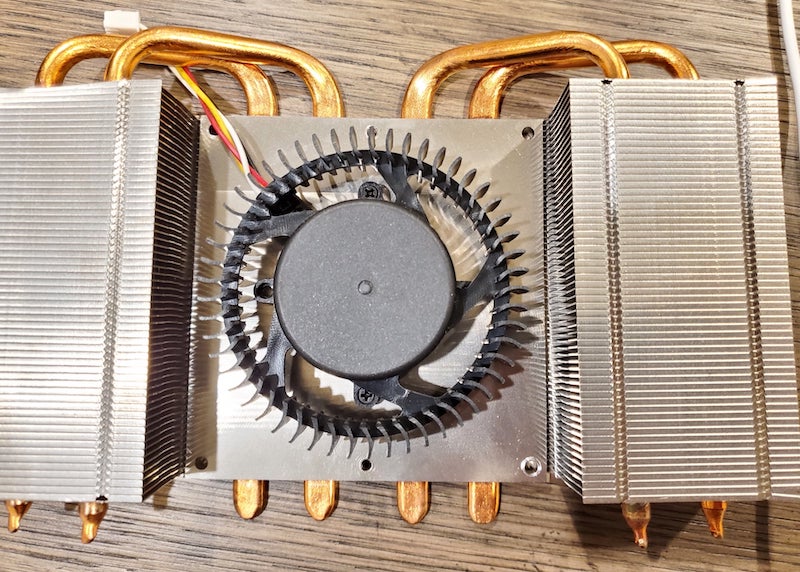 Reefi has been able to pack this much power under the hood of the Uno LED by using a very innovative cooling system using vapor filled copper pipes to quickly direct excess heat to the tightly packed cooling fins. This heatsink design is so much more than a basic slab of aluminum and the only other lights we’ve seen using this technology are the Pax Bellum’s ARID reactor and certain models of Kessil LED spotlights.

Another aspect where the Reefi carves its own path is through the use of specially designed reflector with a chrome coating to help direct light downwards as well as diffuse the light rays in order to help with color mixing. Astute observers of LED lighting technology will notice that the maximum power output of 180 watts equals 2.5 watts per diode, which is not as efficient as other light fixture that max out at 2 watts per LED but since the Reefi LED Uno is only $350, the extra headroom of power allows users to run the diodes at a lower power while still getting a great value from this fixture.

Having impressive hardware is one thing but nowadays a high performance light fixture is only as good as the software that controls it, so this is one aspect we are very curious to try out for ourselves. As if this feature set wasn’t enough, a nifty built in monochrome screen helps to indicate current settings, fan speed and internal fixture temperature.

Furthermore, with Kessil basically defining its brand with point sources of LED lighting, and the Philips CoralCare and spinoffs striving to create the flattest light field possible, it’s encouraging to know that Reefi offers coral reefers a choice between these two extremes. At $350 we’re still scratching our heads at exactly how Reefi made their Uno LED so powerful even compared to their own Reef LED Duo, and with the concentration of power in the low wavelengths of the spectrum we’re very eager to see how this light makes aquarium corals look.