Pteragogus turdus is a new species of sneaky wrasse discovered from the Indian Ocean of Western Australia and the West Pacific Ocean which adds the eleventh species to this easily overlooked genus of reef fish. Unlike most other species of labrids the sneaky wrasses are so-called because they are typically dressed in cryptic colors and patterns the opposite of say something like a Harlequin Tusk, helping them to blend in with their preferred habitats of natural reefs.

Most species of Pteragogus are a mottled red or sometimes green with few distinguishing markers to help casual aquarists or divers tell them apart and it’s precisely this anti-bombastic appearance which probably helped to conceal the distinctiveness of P. turdus. Some identifying features of other species of sneaky wrasses include a prominent ocellus on the gill cover, elongated dorsal fin spines, light white horizontal or vertical bars and The Turd wrasse dabbles in some of these details.

The dark brown gill spot is well outlined in a very thin yellow border on males, females and juveniles but only the large mature males develop four very prominent elongated dorsal fin spines. Pteragogus turdus seems to be one of the smaller species in the genus with the maximum size documented from a sample of 65 specimens topped out at 81mm or around three inches but we suspect the larger males were more cautious and better equipped to evade collection.  [Ichthyological Research] 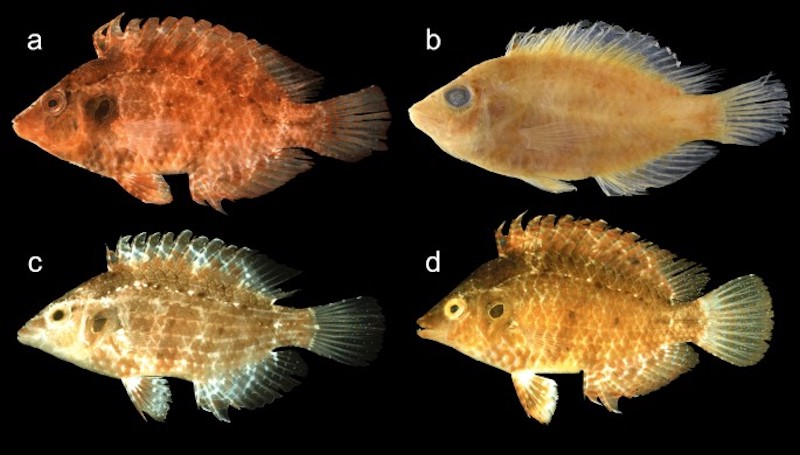 Linea made a Stand with a Slide Out Sump!