ARKA myAQUA 1900 Review – A Mix of Performance and Convenience

The myAQUA 1900 is a new streamlined version of an all-in-one reverse osmosis unit for high level purification of water for aquarium use. Branded by ARKA Aquatics the Chinese made myAQUA 1900 promises a high rate of water production with simple plug and play installation and lots of fancy features and accessories built right inside the R.O. unit. 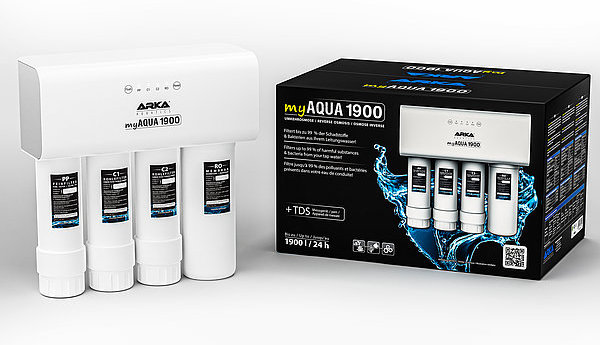 Before we dive into the various ways the myAQUA 1900 promises a great experience the real defining feature is its incredible water output which tops out at 1,900 liters or 501 gallons per day thanks to the built-in automatic booster pump. The increase in water pressure is key to boosting the water output which will vary with the temperature of the feed water but can also be very efficient in water usage with a pure to waste water ratio as low as 1:1 or up to 1:1.5, so a lot less waste water than a typical unboosted R.O. setup.

The other characteristic of the myAQUA 1900 is that it uses a new format of mechanical, carbon and membrane cartridges which simply twist lock into place without the need for any tools like a canister wrench. While these cartridges may be convenient to use, they aren’t too expensive but they are proprietary and will be more challenging to source outside of ARKA’s well established distribution ranges of Europe. 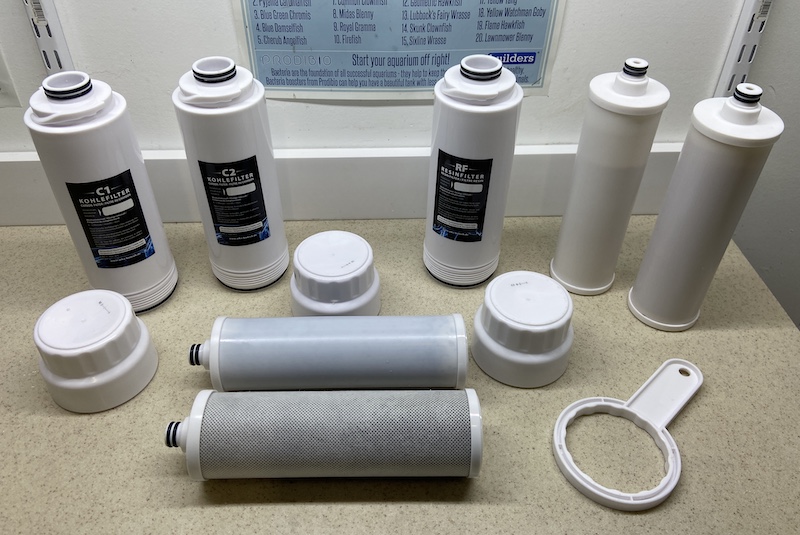 One aspect that we’ve found perplexing about the myAQUA 1900 is that the replacement prefilter, carbon, and resin cartridges are sold with and without their respective housings with a €15 price disparity. While we found the housings themselves easy enough to open with some force before they were used, after running a few hundred gallons through them the housing became more difficult to open, even with the provided wrench.

There might be some convenience to buying the full cartridge and housing but you shouldn’t need to replace the housing because you can’t open it on your own. An R.O. unit platform doesn’t require replacement housings unless it becomes damaged somehow but we fear this dual option might lead to excessive plastic waste if users aren’t made aware of the ‘Refill’ option. 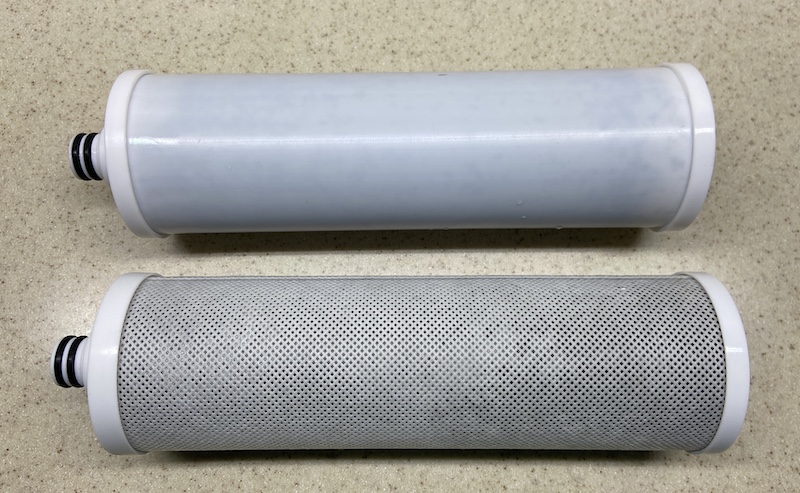 The myAQUA 1900 Refills are priced at just under €20 but a full suite of replacement cartridges with the housing costs €90 without the membrane. Before we get to the performance of the semi-permeable membrane we have to mention that there is no obvious difference in the specifications of the C1 and C2 carbon cartridges which are split into a solid carbon block for the primary C1 carbon cartridge but the second C2 cartridge is unusual simply being filled with granulated carbon, the likes of which users could refill for $1 if it was serviceable! 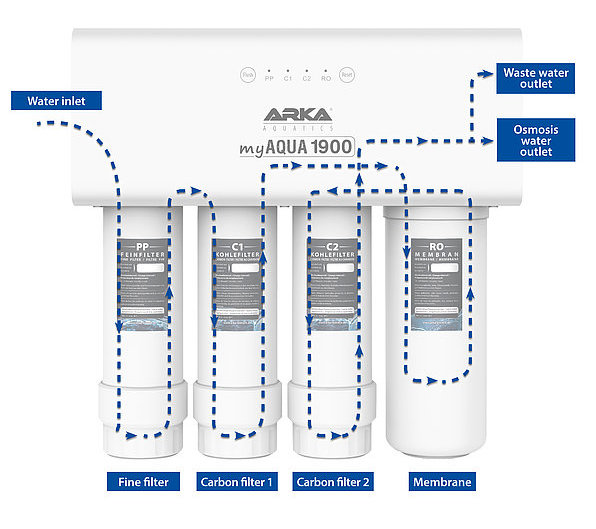 Curiously the myAQUA 1900 has a non-linear flow path of water through the unit with the third chamber being the last in the path after the actual R.O. membrane. If it’s ran stock then the C2 carbon block removes ‘something’ after the membrane but this is the position that ARKA intends for users to place the deionization resin filter cartridge. Speaking of the resin cartridge, these are also not user refillable and we found a roughly 20% disparity in the resin volume between two resin filter refills.

The main selling features of the myAQUA 1900 is its prodigious output of purified water which is right in the name – 1,900 liters or 500 gallons per day and a previous version of this article stated that we were getting around 288 gallons per day. After being instructed by ARKA to check for air bubbles or any possible leaks we skeptically performed a visual inspection of the feed line and actually found a small leak which caused air to be drawn into the unit! Replacing this faulty tubing more than doubled the output of the myAQUA to one liter every 42 seconds, or well over 500 gallons per day

While the practicality of the replacement cartridges leave something to be desired we have to commend the booster pump for being noticeably quieter than many we have used before. Despite being mounted to a wall, which we though might amplify the vibrations of the booster pump, the myAQUA runs at an acceptable level of noise for the work that the booster pump is providing.

Aquarists tend to think that R.O. units are absolute but the membrane itself works on percentages, and this is reflected in the conductivity of the myAQUA 1900. When the incoming feed water is around 380 ppm the pure water output is around 16ppm but when raw water dips down to a conductivity of 200 ppm the resulting purified water can be as pure as 7 ppm – without the use of a final polishing DI resin filter cartridge.

Some notable defining features of the myAQUA 1900 is that it comes with shut off valve built-in, with automatic back-flushing features available at the touch of a waterproof capacitive sensing button. LED indicators are built into the face of the unit which can sense which canister have unusual pressure and alert the user to any irregularities for trouble shooting or replacement.

When we first saw the specifications for the myAQUA 1900 we were smitten and impressed with what was a very promising water purification setup. We’re still enjoying the purified water we’re getting from the ARKA myAQUA 1900 and if they succeed in making their proprietary cartridges more widely available, and even a little more user serviceable, we believe that ARKA will have a truly groundbreaking product on their hands.