Wrasses are undeniably one of the most colorful and diverse groups of marine fish and despite having all the books at our fingertips, sometimes we have to meet the right example to truly appreciate certain species. Case in point is this fantastic male specimen of the banded thicklip wrasse, Hemigymnus fasciatus, that we spent some time with at the Aquarium Des Lagons in Nouméa, New Caledonia that really grabbed our attention.

We have to start out by saying that this smaller aquarium in the South Pacific Ocean between Australia and Fiji has no business being as nice as it is with incredible and thoughtful aquarium exhibits all throughout its campus. There are many noteworthy fish, corals, sea snakes and even Nautilus at the Aquarium Des Lagons but this banded thicklip wrasse is one of the most colorful and dynamic fish in their tanks with personality for days. 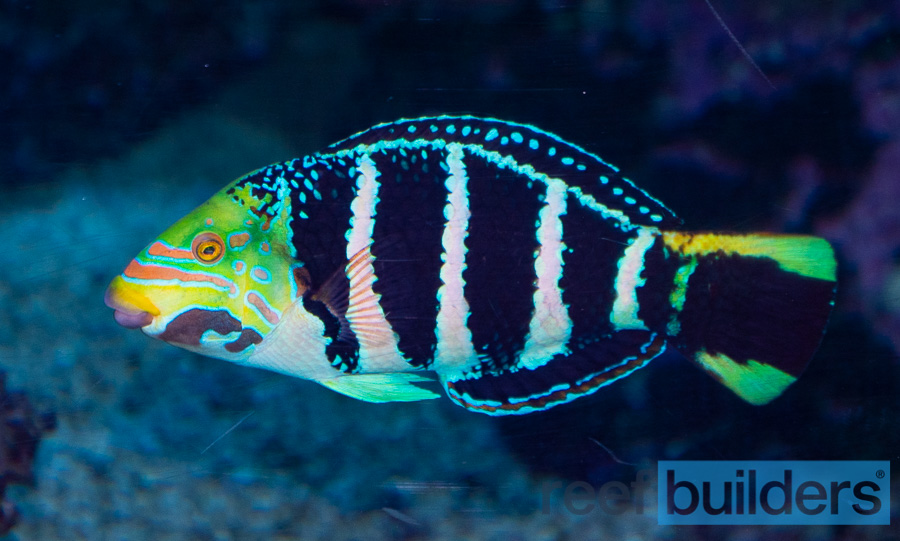 Despite being commonly available and very hardy the thicklip wrasses don’t get nearly enough time in the spotlight since the juveniles of the two widely available species don’t really hold a candle to other wrasse choices, not to mention being boisterous, broad-shouldered fish. While the young fish might be simply black and white when they mature and turn into males the convict-like coloration gives way to beautiful blue spots bedazzling its scales with a colorful yellow and green face that carry blue edged pinkish orange stripes.

With their thick lips you know that Hemigymnus can wreak serious damage to shelled invertebrates and they might even move some rocks around searching for tasty morsels hiding underneath. Another roadblock to the popularity of thicklip wrasses in aquariums is that they do get rather large in the wild, attaining up to 18 inches or 45 cm in length and they’ll exhibit a wide range of color phases as they cycle from juvenile to female to male to fully adult appearance. 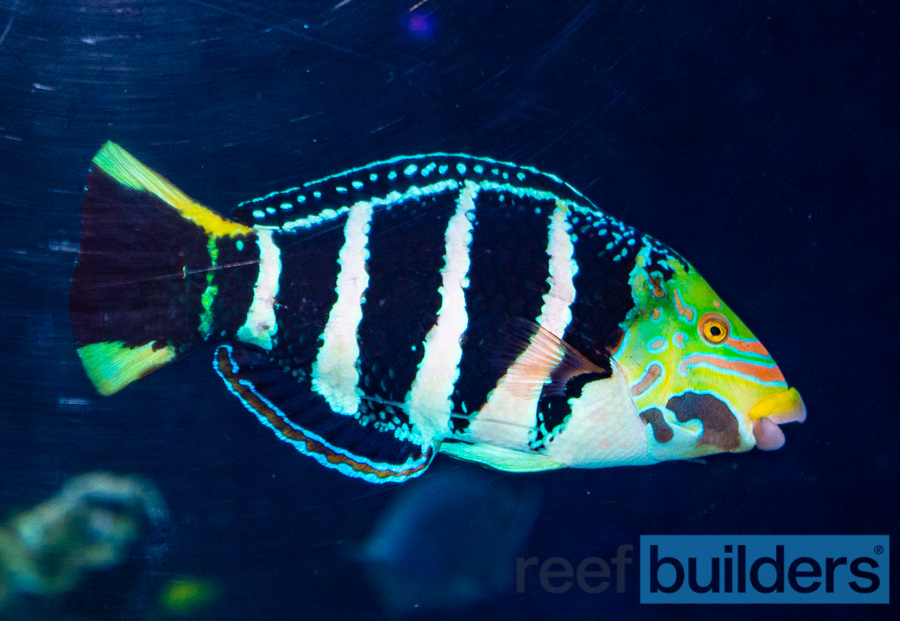 Maxspect Will Now be Distributed Exclusively by Aperture in North America