Hybrid Genicanthus are some of the rarest among the Pacific species of angelfish so we definitely perk up and take note anytime one of them shows up on our radar. The latest annual example of swallowtail angelfish with mixed parentage comes to us courtesy of RVS Fishworld and it exhibits the characteristic of the two dominant species of Genicanthus found in the Philippines island chain.

Pomacanthid fanciers will be well familiar with the vertically striped blackspot angelfish, G. melanospilos, and horizontally striped lamarck’s angelfish, G. lamarcki which are common and hardy species of these highly reef safe angelfish. When these two species combine their genetics the stripes don’t know what to do and give us an abnormally spotted pattern which is highly reminiscent of the dot-dash pattern seen in multibar x venustus angelfish that RVS Fishworld treats us to every couple of years.

Some immature or female specimens that we’ve seen in the past like those who have shown exhibit a nearly blank appearance looking either nearly all white or with very fine spotted pattern. However this individual Genicanthus X really looks like the intersection of males of the two purported parent species and is quite similar to a specimen that turned up in Hong Kong back in 2019, the only real difference being that this guy has perhaps better defined spots and dashes.

We’ve seen some really unique misbarring in captive bred regal angelfish of the same species and Genicanthus were some of the first marine angelfish to be captive bred so we would very much welcome some aquaculture experimentation to produce such unique fish like this one for the aquarium hobby. But until such a time we’ll have to rely on companies like RVS Fishworld to keep scouring the reefs and show off their uber rare wild Genicanthus hybrid angelfish when they just happen to land in their collecting nets. 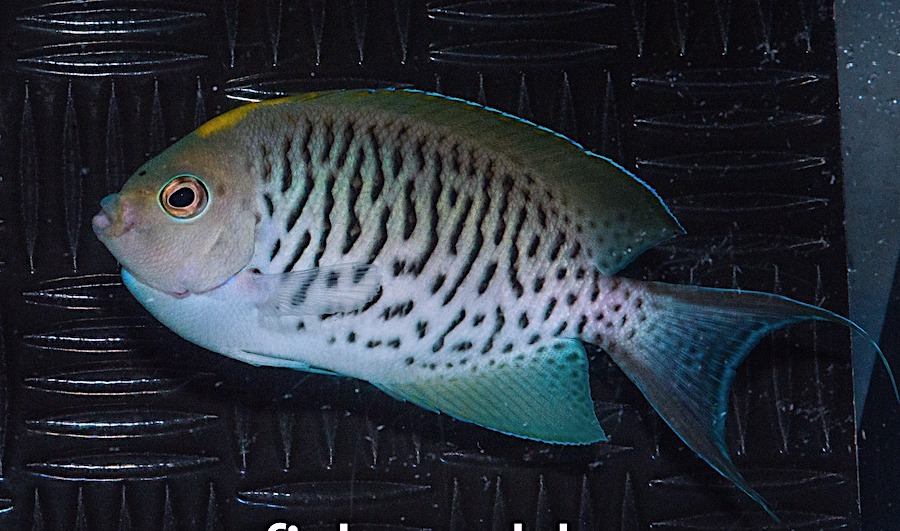 The Reef Therapy Podcast about Skimmers went for Three Hours!