It simply wouldn’t be a week of fish news without some great or interesting new discoveries from RVS Fishworld and their associated collecting stations. Today’s new development is the collection of the Coral Sea fairy wrasse, Cirrhilabrus squirei, wrasse from the south coast of Papua New Guinea, extending the range of this once very localized species.

The Coral Sea fairy wrasse made its debut on the world stage within the aquarium hobby, having been discovered by Cairns Marine off the coast of Queensland, Australia and named after the founder of the company. Closer to Australia the Coral Sea fairy wrasse was discovered and very sporadically collected in quite deeper water and a very high price tag to match the risks associated with its procurement. 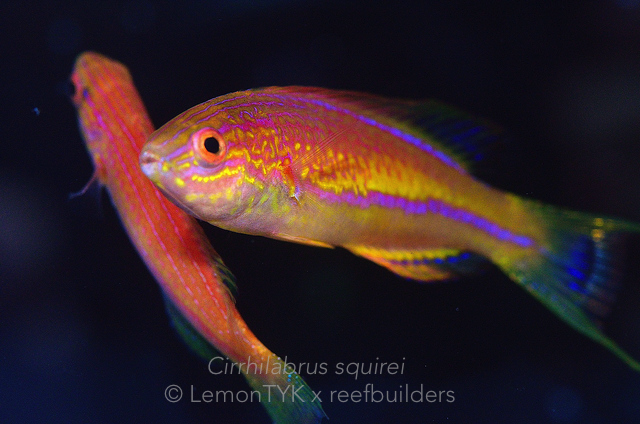 We don’t have too many details about the Papua New Guinean specimen of Cirrhilabrus squirei and so far it only appears that 10 males and five females have been found on PNG’s southern coast. The Coral Sea fairy wrasse joins a list of iconic Australian reef fish previously believed to be endemic such as the Lineatus fairy which goes to show that many times it just takes more seeking and surveying to discover the full extent of a species’ natural range.

While not the showiest of species the Coral Sea fairy wrasse is distinctive and has been a desirable specimen for the collectors of the smaller reef-safe wrasses, especially fairy and flasher wrasses. If the presence of the Coral Sea flasher wrasse is anything like the lineatus fairy wrasse we might experience a ‘democratization’ of Cirrhilabrus squirei similar to how gem tangs from Madagascar completely changed their presence in the aquarium hobby.

Isopora is the Most Common Coral You've Barely Heard of

Reefers are Sleeping On the 'Inflatable' Cynarinas