A hybrid tiger angelfish has just splashed down in the United Kingdom and we couldn’t be more excited to share the story of this exceedingly rare specimen with our readers. This small mutt of Apolemichthys kingi is only the fourth example of a hybrid tiger angelfish to ever come across our radar but the only one of a juvenile so that means that we already (kinda) know what this guy will grow into.

It was just around seven years ago that collection of live marine aquarium fish began in Madagascar and shortly after we collectively discovered that the tiger angelfish, Apolemichthys kingi, was not endemic to South Africa and Mozambique. This new source of marine fish from the western Indian Ocean created a pipeline that democratized the once mythical gem tang and gave saltwater aquarium hobbyist access to one of the rarest angelfish species in the world.

However we knew of the potential for the tiger angelfish to hybridize with the only congeneric species in the region, the flagfin angelfish, illustrated some 20 years ago in the Angelfish book by Debelius, Tanaka, & Kuiter. It was local saltwater aquarium enthusiasts in South Africa who collected and photographed the first tiger x flagfin hybrid in 2011, and another adult hybrid fish was collected in Madagascar in 2018.

The tiger angelfish is a very attractive species – it has a unique tiger striped pattern but no one would accuse them of being colorful. Meanwhile the bright yellow flagfin angelfish is very colorful, with some nice black markings and blue accent to compliment the base yellow color, but there’s really not much in the way of pattern. Therefore when you combine the pattern of A. kingi with the coloration of A. trimaculatus the resulting hybrid offspring remixes the color and pattern in a very flattering and desirable outcome. 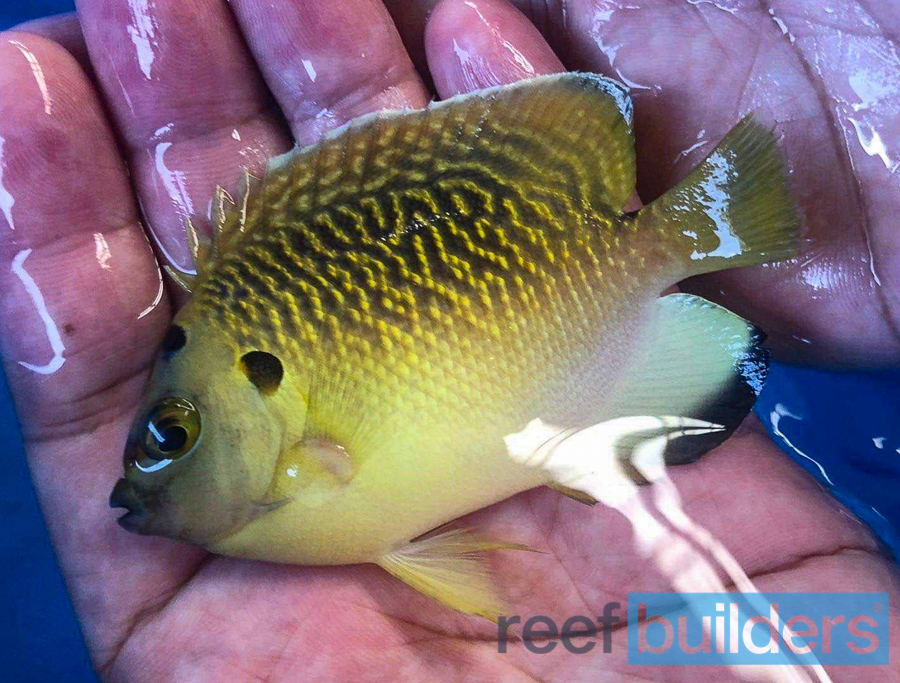 When a particular fish is so rare that every documented specimen can be counted on one hand it’s almost always destined to end up in the homes of very wealthy collectors in Asia but in a pleasant turn of events this time the lil’ tiger angelfish hybrid actually made its way to Finest Aquatics in England. While the price of tiger angelfish has come down to only $3000 in many markets, this especially rare marine angelfish is certain to sell for a good bit more to one lucky collector who can look forward to a very showy fish as this hybrid tiger angelfish grows up in their saltwater aquarium.

Would Someone PLEASE Make an Air Silencer from Silicone?