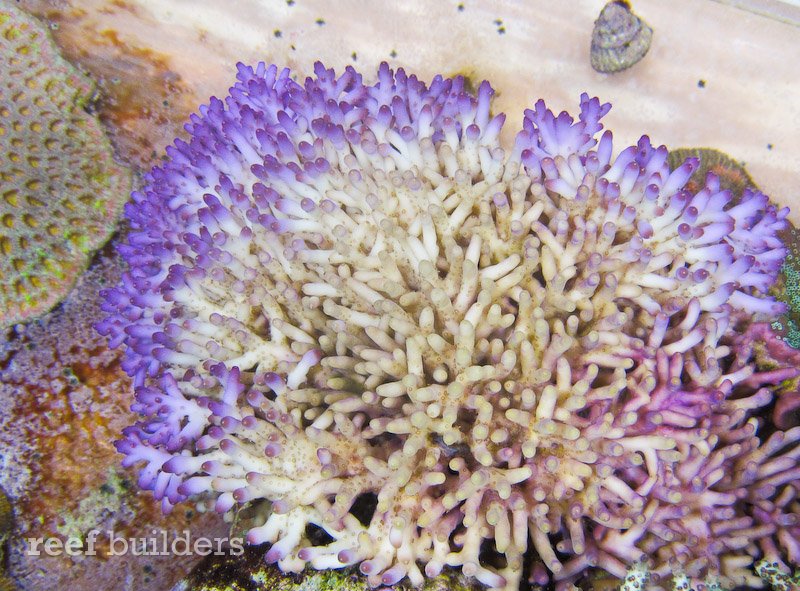 Michael Moye is a veteran reef aquarist living in Greenwich Connecticut and he is the owner of a high energy 500 gallon reef tank that’s been pushing up polyps for over a decade – 1996 to be exact. We had the pleasure of visiting this historic reef aquarium while at the House of Fins SPLASH event a couple weeks ago and although the aquascape is currently undergoing a major overhaul, the aquarium still contains many different showstopping large and colorful colonies of Acropora.As nice as these colonies looked, our heart sank when we realized the trusty Ewa-Marine camera bag had been left behind, but this photo opportunity was saved when Mr. Moye produced a Porthole top-down photo attachment manufactured by Avast Marine.

It is ironic that our initial impressions of the Avast Marine Porthole was somewhat unfavorable, in that review the Porthole was attached to a ‘superzoom’ style point and shoot and it was tested on a 60 gallon aquarium with lots of LED lights close to the water surface. When we tried out the Porthole on the large open tank of Michael Moye with its three dual 400-watt metal halide fixtures leaving plenty of open space for top down viewing, the Porthole coupled with a larger superzoom point and shoot allowed the pictures of these awesome acro colonies to be almost like taking very close macro images.

As you can see from the gallery of images below, the photos of Moye’s acros turned out great, and we were able to capture the size of some of these classic Acropora strains. The ORA Red Planet, ORA Hawkins Echinata (which is a turaki), the Purple Monster and the Pink Lemonade are all represented in much larger than usual sizes. Some other great coral colonies pictured include three different exceptional colonies of smooth style acros, one being a picture perfect purple edged yellow Acropora granulosa, another being a nearly solid purple Acropora lokani and a yellow-green Acropora suharsonoi that is growing so densely due to high light and flow that at first glance it almost looks like an Acropora jacquelinae. Big thanks to Mr. Moye for letting us take the camera for a dip in his reef tank, he really knows how to grow an Acro.