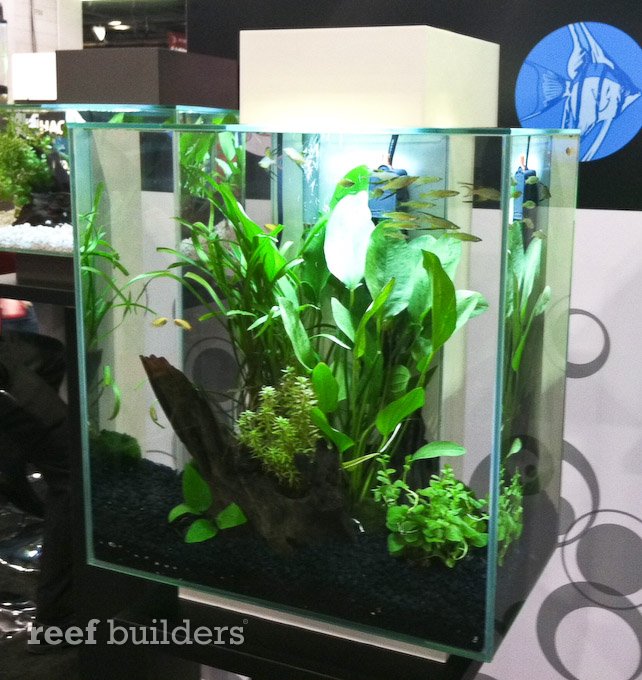 The Fluval EDGE 46L is the first addition to the line of six-sided aquariums from Hagen. The original six gallon, 23 liter EDGE has been widely praised for its unique design which has been used to build innumerable stylish little nano aquariums, and even a few of them reef tanks. The new 46L Fluval EDGE has the same footprint, opening and filter as the original EDGE but now it doubles the height and comes standard with an LED fixture.

Both the 46L and 23L Fluval EDGE tanks now will come stocked with a basic LED light fixture of SMT LEDs that will be just enough for low light plants and polyps. The included LED light is mainly intended for illumination purposes so there will still be an aftermarket for more specialized and brighter LED lights for the Fluval EDGE. The FLuval EDGE will be available in two new color options, white and a glossy black, and it is expected to start shipping in the next four weeks with an estimated price of $199 to $249.