AquaticLife strips of 1 watt LED are all kinds of flexible, affordable and expandable 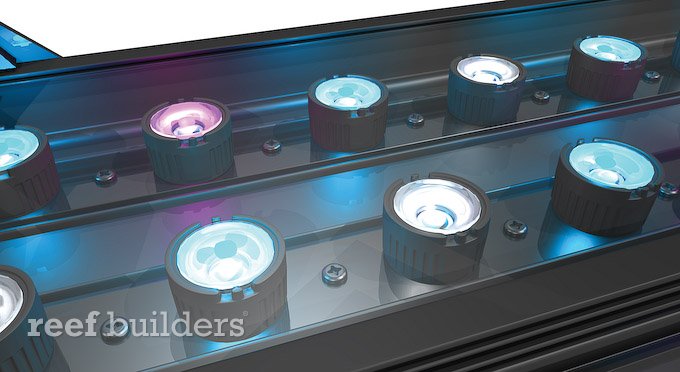 The 1 watt LED strip from AquaticLife is the culmination of a lot of research into the needs of various aquarium hobbyists, and how AquaticLife could make a light that can be transformed for a wide range of applications. AquaticLife is one of the newer companies in the general aquarium hobby-industry but within a short time they managed to become one of the best selling T5 lights in the US over the last few years. We secretly chuckled at most of their new T5 strip lights and their expandable and connectable features but we’re not laughing now that all these tricks are being applied to a very capable LED strip lighting system which is priced for the masses.

AquaticLife’s 1 watt LED strip lighting system is a natural extension of their broad line of T5 lights and a step up from their 0.5 watt LED strips. Whereas AquaticLife’s strips of half watt LEDs was illumination grade, the 1 watt AquaticLife LED strip is definitely ‘Reef Capable’ and can be built up and accessorized for a range of lighting intensity and depth penetration needs.

The AquaticLife 1 watt LED strips comes in three lengths, each with two power densities of LEDs which will have either two or three rows of one watt LEDs. The LEDs themselves will be three colors in a 3:2:1 ratio of blues: whites: pink diodes that will come standard with 90 degree secondary lenses. The blue and white LEDs we are all familiar with but the pink LED is a novel color with emission peaks at 460 and 620nm range for increased color rendition and should help bring out colors of pink anthias and red dragon acros where white and blues simply aren’t cutting it. The secondary lenses can be removed to reveal just the 120 degree primary optic for a shallower, broader spread, or they can be switched out with 60 degree lenses for more depth penetration in deeper tanks. 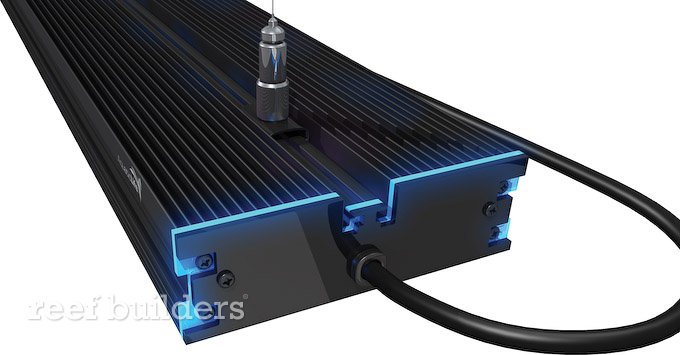 Like many other strip lighting fixtures from AquaticLife, the 1 watt LED strips are uniquely expandable so that you can elegantly assemble the lights in parallel to turn the strip of LED light into a sheet of LED light to match your growing tank size, increased lighting intensity needs or if you simply want to see your fish better. As you would expect, the AquaticLife 1 watt LED strips will be capable of suspending above the aquarium with a mounting kit or it will be able to rest on the aquarium with adjustable mounting legs.

The first slew of pre-orders for Aquaticife’s first real LED reef light has been completely sold out but they hope to have more for their stores beginning in March. So how much are these going to cost? Check out the MAP pricing below and as good as AquaticLife’s LED strips look in these digital renderings, we can’t wait to see what they look like in real life and over real live fish and corals. 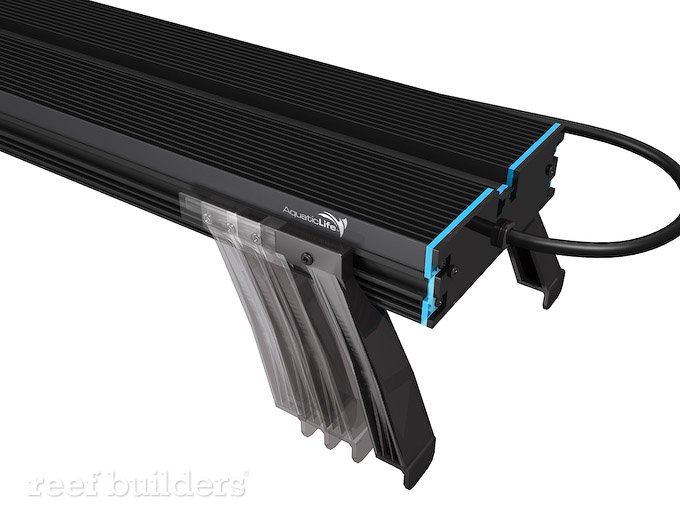