Yellow polyp orange cap – who knew that montipora came in this color?

We recently spotted an orange capricornis with yellow-green polyps at World Wide Corals which totally took us by surprise. As long as the aquarium hobby’s been keeping and growing plating Montipora corals and as many colored-polyp colonies that have been maricultured and imported from the wild, it really is a big surprise that very few ‘Caps’ have ever been seen with colored polyps like this. Not counting the commonly pink with green polyp Montipora effusa and yellow-brown with blue polyp Montipora peltiformis, the orange monti cap with yellow-green polyps that we ‘discovered’ at World Wide Corals is among the first of its kind for the most classic color of plating Montipora capricornis.

We can already hear you readers bringing up other examples like Montipora undata and the pink-polyp Monti Cap from Atlantis, but as far as we know this is the first we’ve seen of this color combination from an orange plating Montipora. These pictures taken under broad spectrum white light, halides and LEDs, doesn’t show the contrast of the yellow polyps and the bright orange base but believe us that it was much more pronounced in real life, and quite stunning in effect under actinic light.

We didn’t get a chance to ask WWC’s chief coral farmer Victor the provenance of this particular yellow-polyp orange cap but we know that he got it as a tiny sliver of a frag, and it’ll be a while still before Vic even thinks about slicing off little slivers of this specific strain of spiral-scrolling Monti Cap. Of course the piece we spied at WWC is so small it is not set in stone what its growth form will be like, but perhaps we’ll see World Wide bring some frags out to coral vending events in the fall. We call dibs! 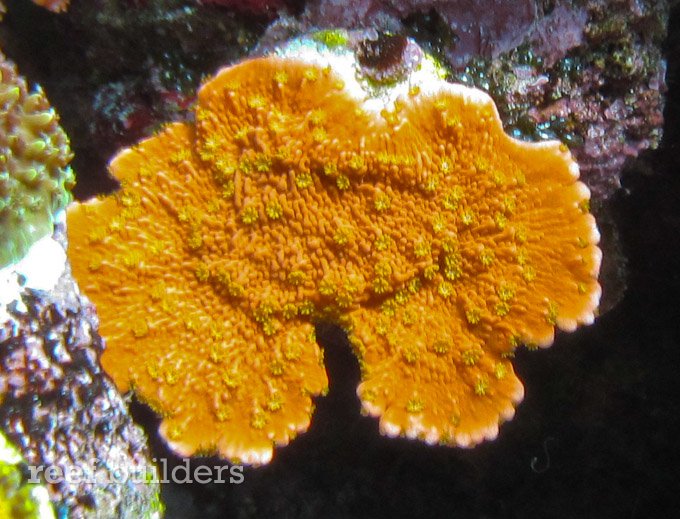 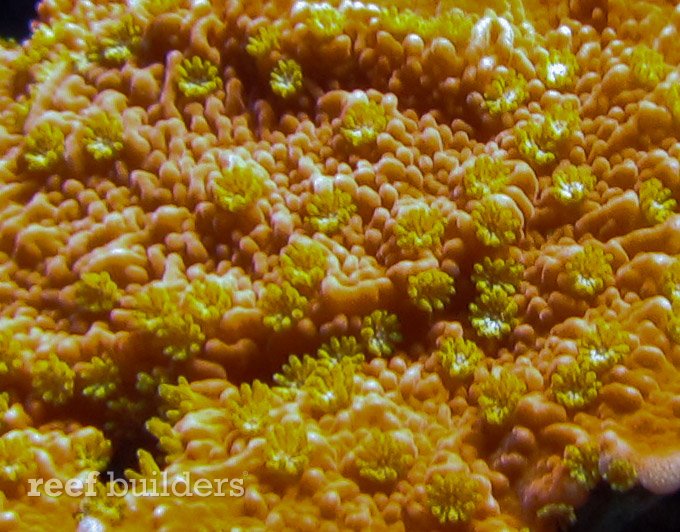 MASNA wants YOU to host MACNA 2014