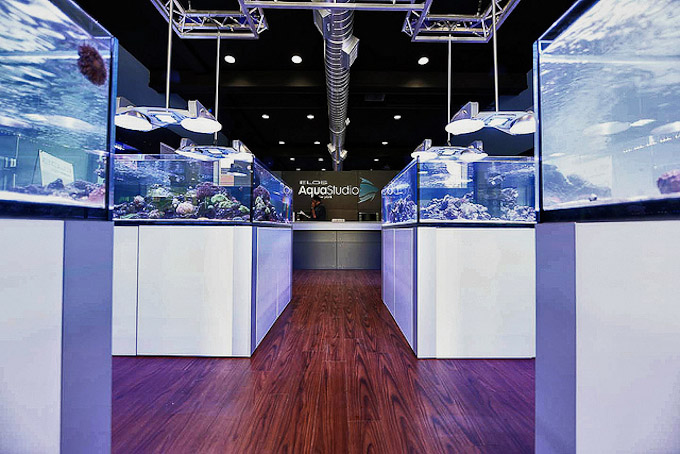 The Elos Aquastudio New York location has been teased for several months now and although the NY Aquastudio has been open since May, this weekend they had a grand opening to let the world know that the shop is ready to help you build a reef. Stocked to the gills with nothing but Elos gear, the New York Aquastudio can get you any kind of aquarium you want, as long as it’s trimless and made in Italy. Much as the Apple store helped to spread the word and engage the public about the wonders of Apple’s iDevices, the Elos Aquastudio in New York is the first of it’s kind in North America.

Elos has always commanded some level of respect in the United States but it still pales in comparison to the regard held for the brand in Europe. With a dedicated retail location to help train customers about Elos products, of which there are more than ever these days, the new Elos Aquastudio will hopefully not only help to elevate the Elos way of aquarium keeping, but also aesthetics. If there’s one thing that saltwater reefers could learn from our freshwater camarades, it’s the aesthetic of the entire aquarium. If the Elos Aquastudio New York aquarium store succeeds in really pushing the Elos aquarium ideal, then we should see more stores with hardwood floors and more reef tanks looking like well framed masterpieces. [Elos Aquastudio New York]

New albino clownfish appear in a clutch of black ocellaris

Fish in Space: The Aquatic Habitat is how you build an aquarium in space