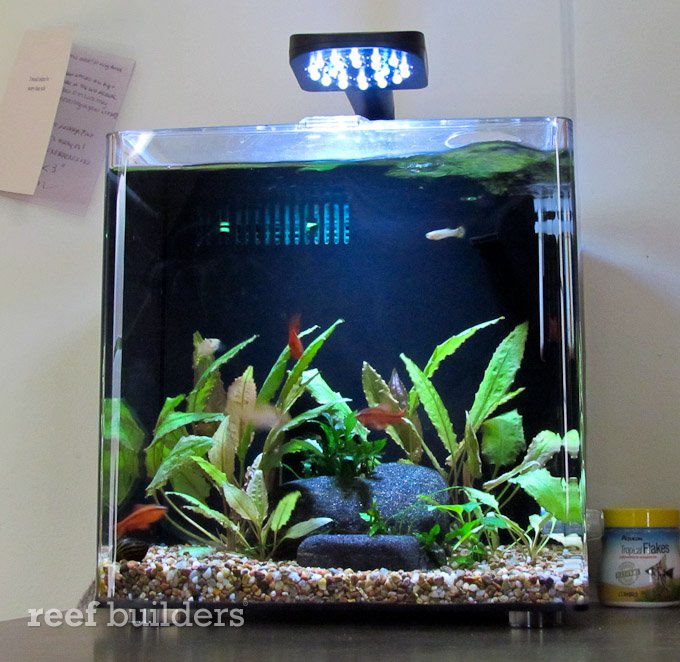 When we first saw the Aqueon Evolve aquarium, we automatically pigeon-holed it into the category of cheap desktop tanks that have been flooding the market lately. However once we got all up in the box and guts of one at the local fish store, we came away impressed with how the Aqueon Evolve nano aquarium manages to cut costs without really cutting corners, too much. The Aqueon Evolve may not be a dream nano reefing aquarium but it comes with well designed and thoughtfully engineered basic needs which can easily be built upon to create a very nice desktop aquarium. 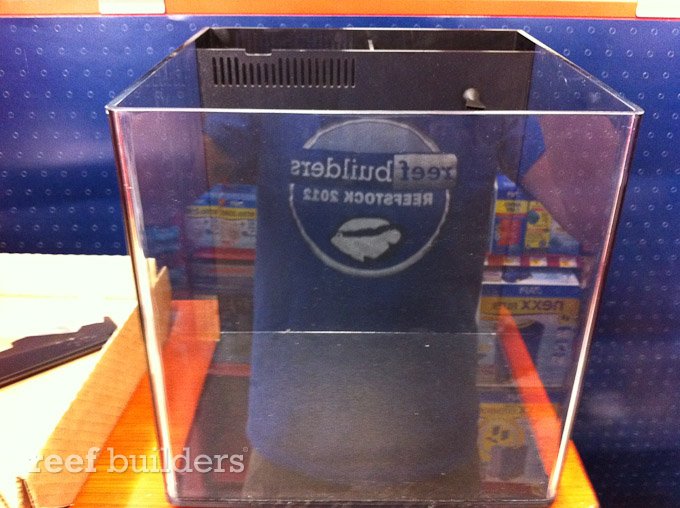 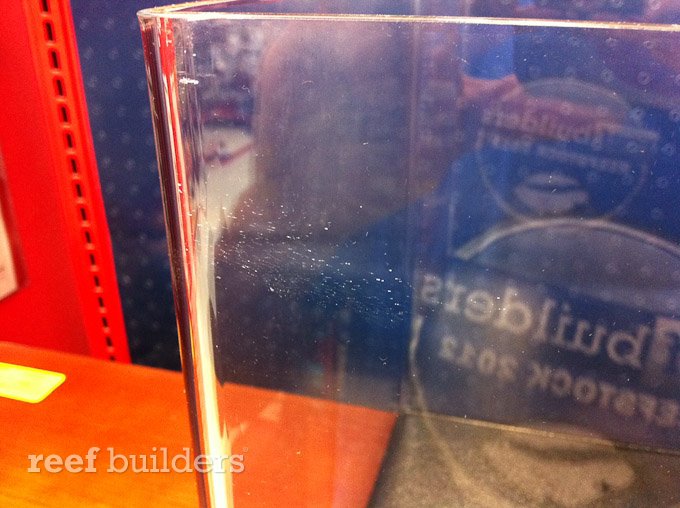 The Aqueon Evolve desktop aquarium comes in three sizes: a 2, 4 and 8 gallon model all of which come equipped with what we would generously describe as a rudimentary LED. At just $55 to $100 for the Aqueon Evolve range, these are some of the most affordable and widely available nano aquariums we’ve ever seen. The Aqueon Evolve is made of a bent plastic which makes an attractive curve at the corners but we did see a slight hazing on several tanks we pulled out. The filtration part of the Aqueon Evolve is kind of sump-like with a rear partition prefiltered with a filter pad that handles both the chemical and mechanical filtration. 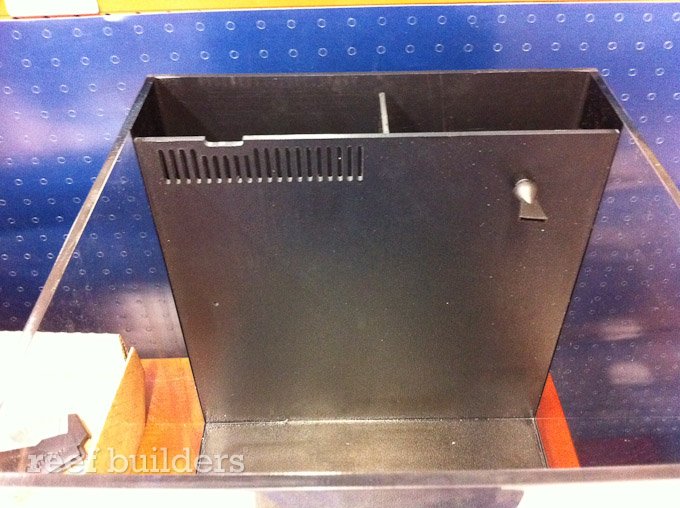 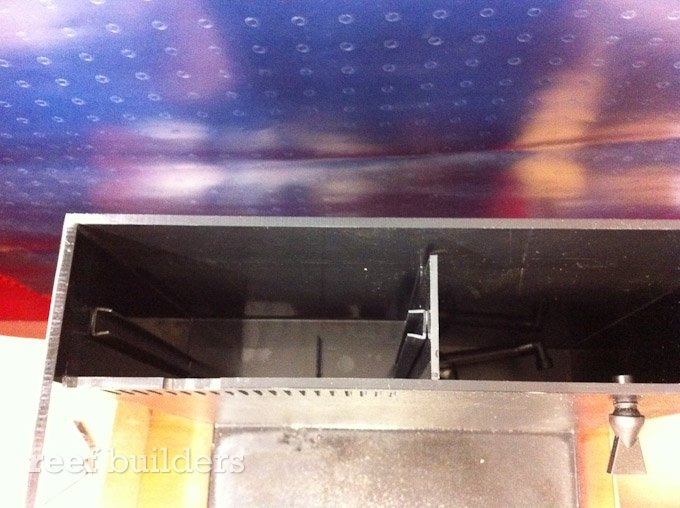 A filter pad holder has a network of ridges and bumps to provide a permanent location for biological filtration-providing bacteria to colonize. The rear-partition filter design is elegant and it allows for a considerable amount of reservoir to offset evaporation but it also cuts in to the overall volume of the Aqueon Evolve’s working size. The included plastic cover should not only decrease evaporation rate but it also serves as a nice blockade to swan-diving aquarium fish. 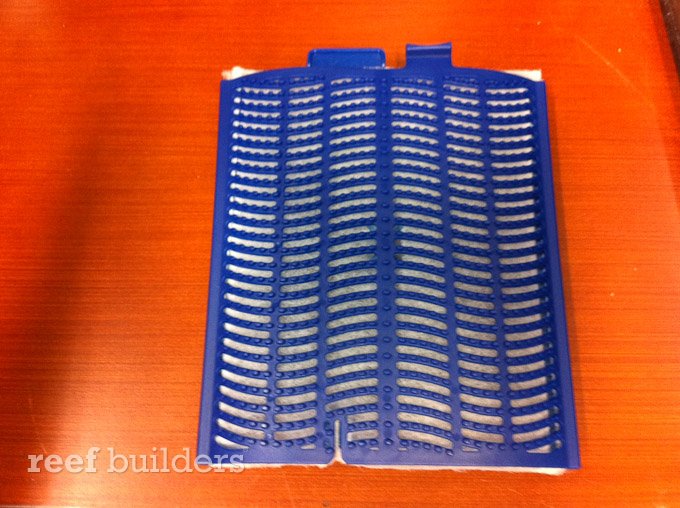 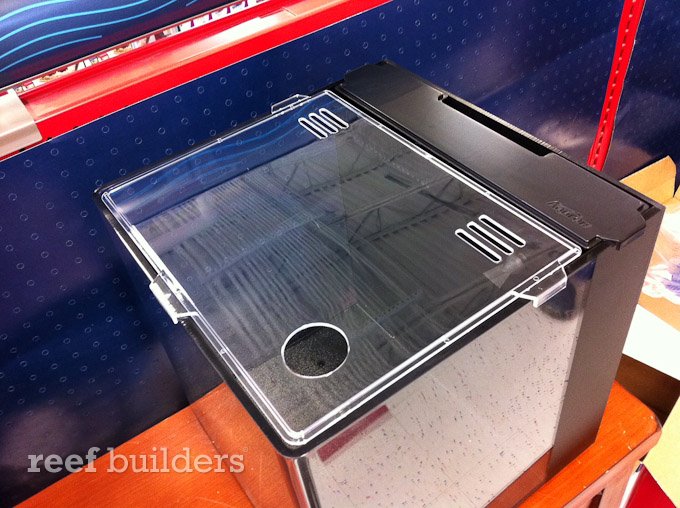 At such a low price we were certain that we’d see a tiny and or loud little pump running the system of the Aqueon Evolve and although we initially experienced a little rattling from the pump in the beginning, this noise went away to almost imperceptible levels, greatly aided by the suction cups that help hold it down. We’re not going to even bother taking PAR levels of the included mini LED light of the Aqueon Evolve but you know what? It’s perfect for mushroom anemones, hospital tank situations and for making a focused tank of nano gobies or some invertebrates. One thing that cheap LED lights often omit for the sake of cost is on on/off switch so we were delighted to see one in the Aqueon Evolve LED light – thoughtfully placed on the sturdy part of the tank mount with a moonlight position for the rocker switch. 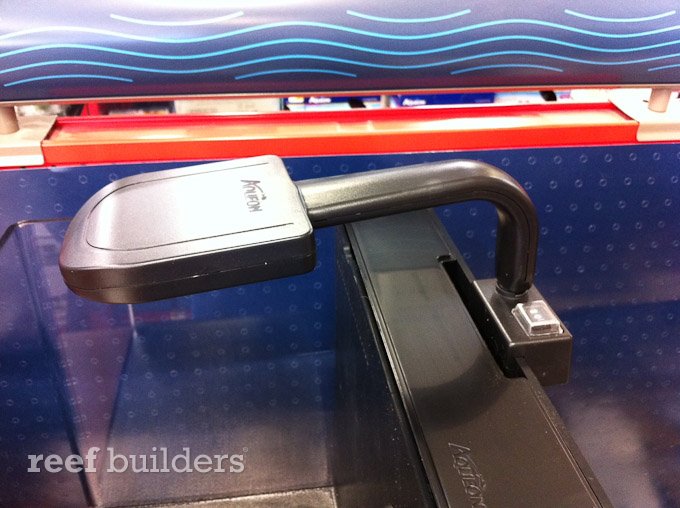 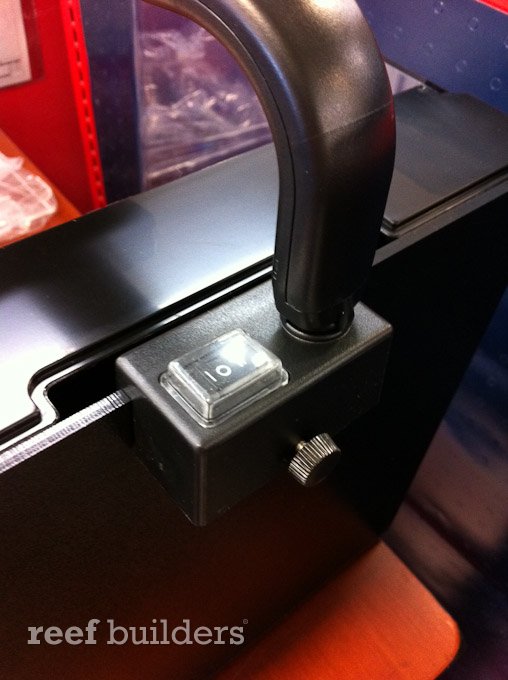 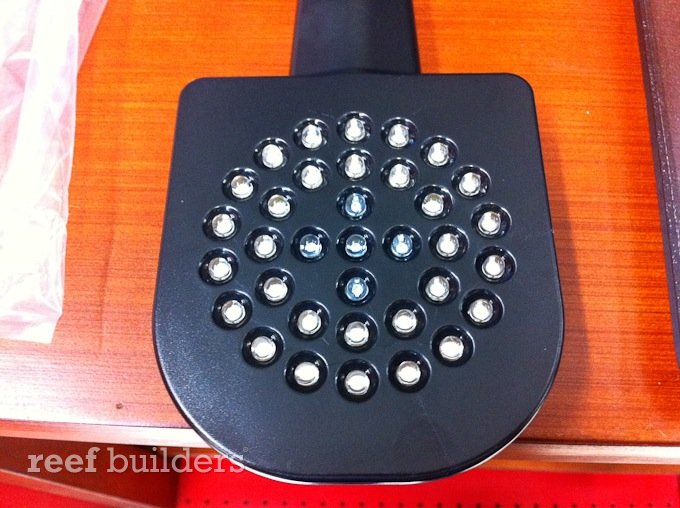 Fast forward four months and the little four gallon Aqueon Evolve aquarium setup for our significant other is doing great with all the stock equipment. The meager little Aqueon LED light is perfect for growing low light freshwater plants such as Jave Fern, Anubias and Cryptocoryne but it grows very little algae, keeps it off the glass too. But if you want to know the best part of the Aqueon Evolve it’s that the lady loves it, and the appearance of the Aqueon Evolve fits very well into a lifestyle setting. Doesn’t hurt that the low cost and complete kit of the Aqueon Evolve passed the professional aquarist muster and there was no need to DIY any parts to a higher level .The only issue we’ve had so far is that the intake of the filter of the Aqueon Evolve are small enough to allow cherry shrimp to go straight into the back, but this was easily fixed by zip-tying a finer mesh grating on the filter side of the intake teeth, to keep it invisible from the viewing side. 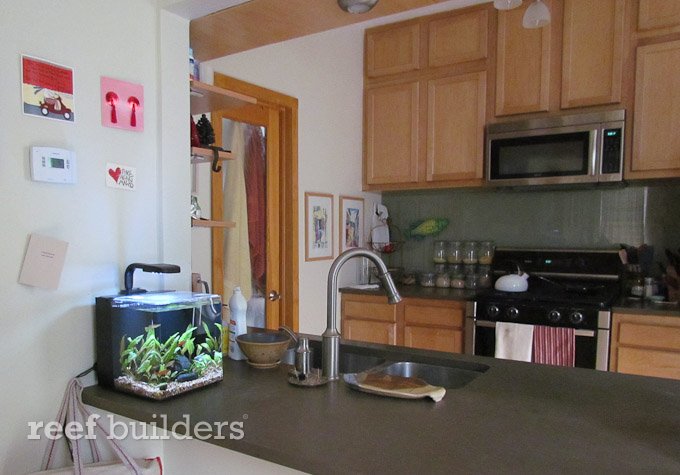 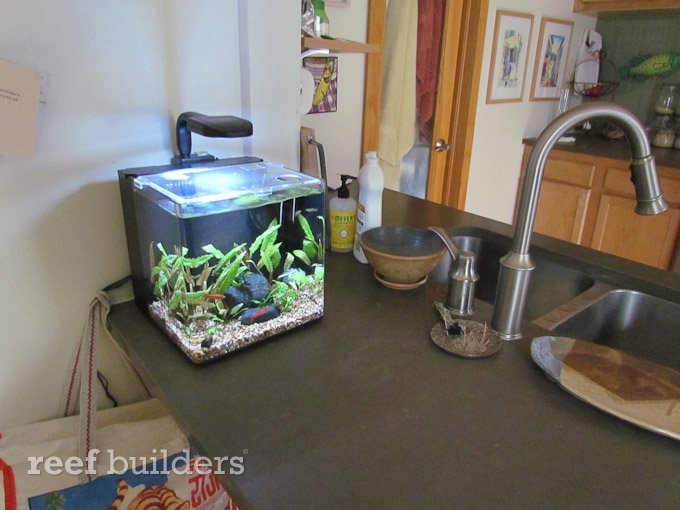 This porcupine puffer refused to abandon its dying kin