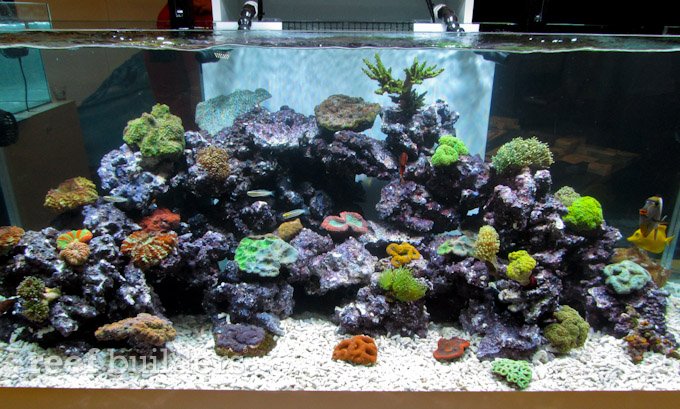 This weekend we got our first look at the Radion XR30w Pro LED from Ecotech Marine and we walked away quite impressed. To some of us, ourselves included, the idea of having a multitude of LED colors in an aquarium light seems like the ultimate aquarium lighting solution on paper, but probably pretty hard to get right as far as color mixing and even-ness of spread is concerned. Ecotech Marine’s MACNA booth featured four of their new Radion XR30w Pro LED over about a 200 gallon aquarium and a really nice diversity of juicy colorful corals provided by A Reef Creation. The selection of LPS and SPS corals was the perfect palette of colors to showcase the wide range of light in the spectrum now included in the Radion Pro LED.

The 26 extra watts of new LED colors of the Radion Pro made the corals in their live display really pop. The gold torches, orange acans and orange lobos were incredibly bright thanks to the new yellow LED and all of the fluorescent colors were highlighted by the two shades of deep blue LED colors. But the best part of the amazing color rendition produced by the Radion Pro LED was that the entire tank had an extremely balanced color rendition – look how white the substrate is compared to the fluorescent coral colors!

You could easily believe that the high fidelity coral color rendition in these Radion Pro-lit corals was being produced by a multitude of metal halide and T5 fluorescent lamps. Regardless of features, pricing or design what we care about the most in an aquarium light, LED or otherwise, is that the corals look colorful but also natural – by that metric alone the Radion Pro LED nails it. 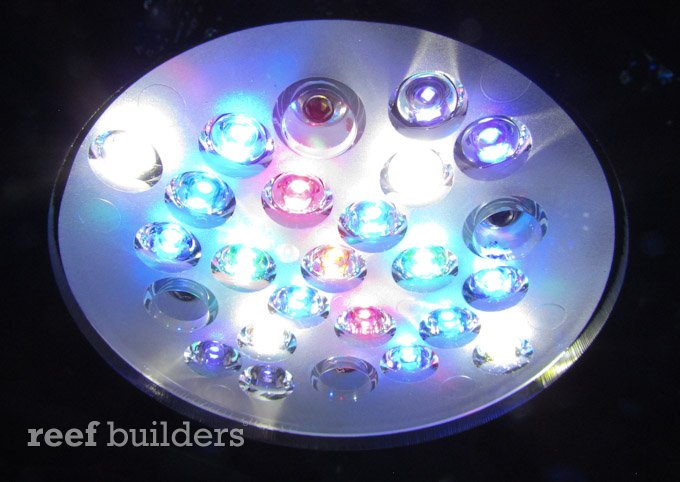 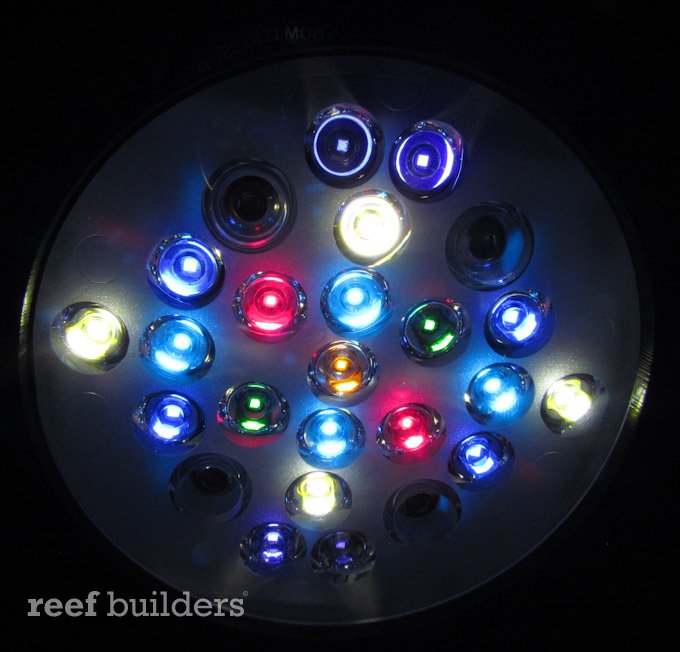 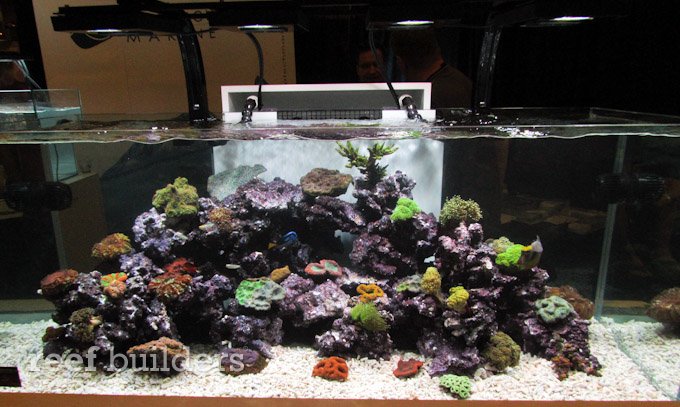 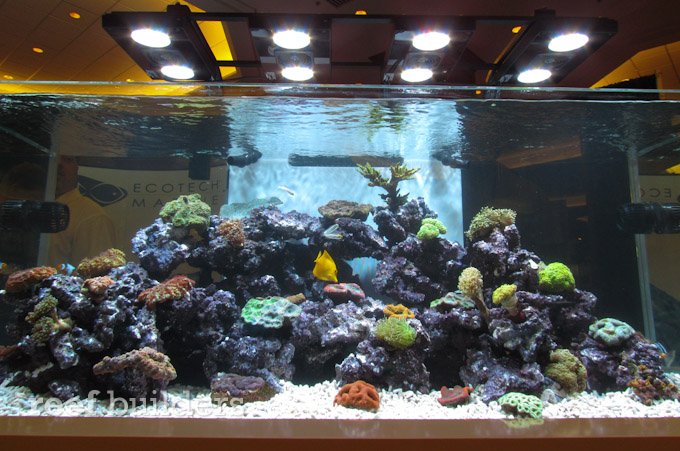