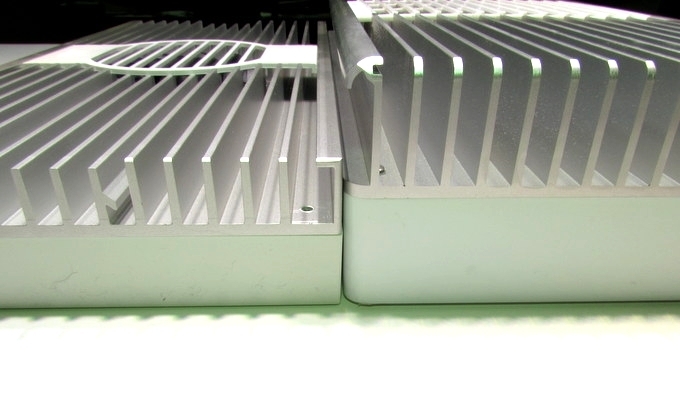 As far as the generational upgrades of LEDs go, the increase in performance and reduction in size from the AI Sol to the AI Vega is about as impressive as it gets. The AI Vega already made a strong impact on us with its many colored LEDs and neat programming features before exact details were even released. Currently final specs have obviously been made public and priced at $499 with six different col0rs, 20 channels and wireless controllability this fixture is quite a big deal on paper.  Now that the AI Vega started shipping and we’ve gotten our hands on the AI Vega Color, it turns out that it isn’t just the specs on paper that make this fixture really stand out. Keep reading for our initial impressions along with some direct comparisons between the AI Sol and AI Vega. 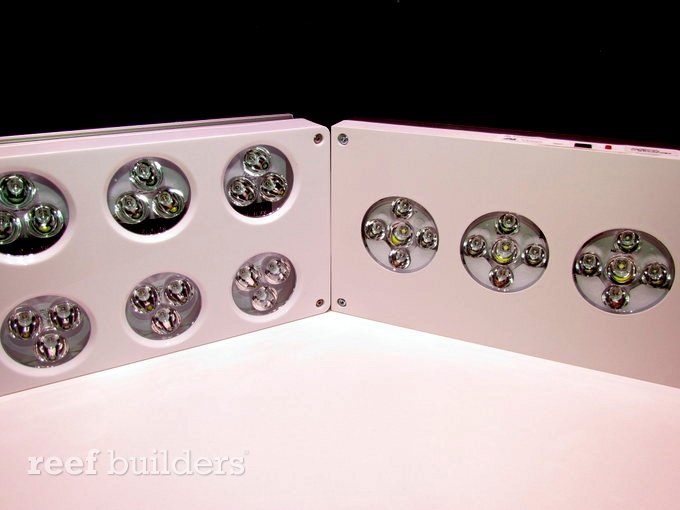 What  struck us first about the AI Vega is its form factor: not only is the fixture much thinner than the AI Sol, some very minor aesthetic drawbacks we had with the heatsink design of the AI Sol have been greatly improved. Add to the AI Vega the new fan cover along with the  previously mentioned changes the AI Vega is one very nice looking fixture. Beside the new design of the housing, the build quality of the AI Vega was also very noticeable. Giving aquarium equipment another kudos for its solid quality almost feels cliche after stating it so much about what seems like so many high end products lately. That said, we don’t particularly mind repeating ourselves if it is just a sign of the overall health of the hardware side of the industry. 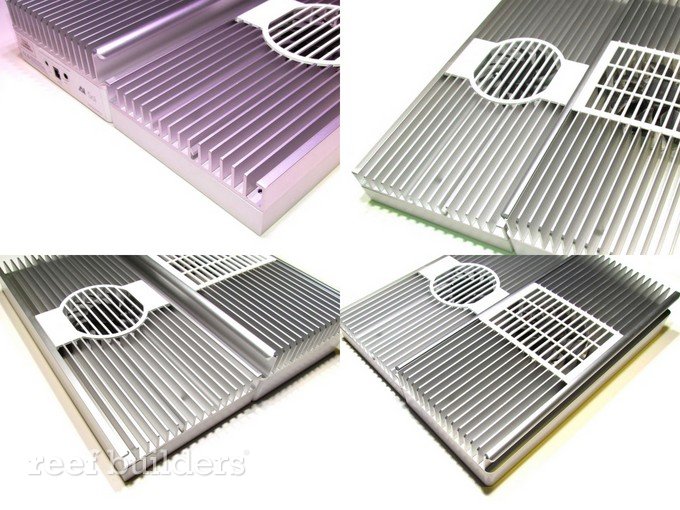 Beside some external differences, the biggest difference between the AI Vega and AI Sol are their internals. We opened up an AquaIllumination Sol almost two years ago which had us pretty impressed, but the new AI Vega definitely raises the bar for design and engineering to a new standard. We don’t often say this, but the inside of the AI Vega was to us one of the most impressive features of the AI Vega. Not only does opening up the fixture feel almost natural, requiring only four screws to be removed, the inside of the fixture is actually quite beautiful. Before we start discussion the internals, lets mention the number of screws again, eight turns to get in, switch it up and get out. Eight is an absolutely crazy low number to access the innards of the AI Vega, especially considering that some other fixtures are far in the double digit range as far as screw turns are concerned, heck some fixtures even approach a triple digit number of turns.

The inside of the AI Vega fixture like we stressed before is in some strange way very beautiful. Obviously well thought out the inside of the fixture is not only very “clean” looking, it is also extremely modular with all the electronic parts easily being removed for easy maintenance or parts replacement – the lens cluster, driver boards and LED Powerpucks are all easily accessible. None of the electronic parts are soldered to each other, only the LED boards are screwed down, so none of the parts require any electronic expertise to be removed. It may not sound like the most impressive aspect of a fixture that can literary do  anything you’ve ever dreamed of, but with electronics in general becoming more and more closed off to the consumer we actually find this open approach very encouraging.

Stay tuned for PAR readings along with a full break down of the fixture’s on board software and computer integration.