Acan Lighting Prism, Vertex Illumina, and the Maxspect Razor get a comparative rundown 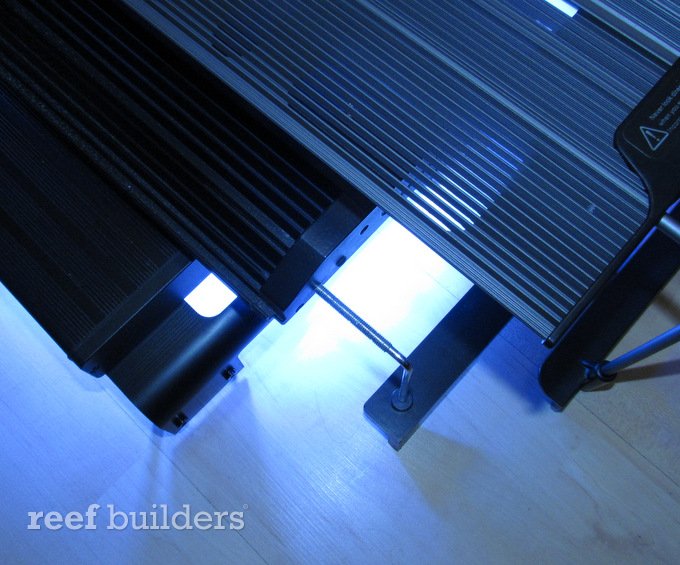 Last week we did a post highlighting some of the main features and attraction of the three high performance compact LED fixtures which included the Ecotech Radion, GHL Mitras and AI Vega. This week the next three bigger guys are up for a rundown, comparing aspects such as features, LEDs, and pricing. For this showdown the Acan Lighting Prism, Vertex Illumina and the 27” Maxspect Razor were chosen since they are all popular fixtures mean to be mounted over the full length of the aquarium. Like the previous comparison, these three fixtures are as different from each other as they are similar, but we hope that this breakdown will make the comparison between the three just a little easier.

The Vertex Illumina is the most feature rich fixture of the three, and unfortunately offers neither the most wattage, nor the most colors. The software features of the Vertex help make up for any short comings however, with smooth wireless dashboard software and a wireless dongle that allows cable free light manipulation. It is really quite nice being able to just plug a dongle into your USB port rather than having to go through the hassle of untying  your cable, finding the USB port on the fixture etc. The software has some neat touches and allow manipulation of the light cycle by the minute. The Vertex Illumina retails for $625, and offers 80 watts, which makes the fixture $7.81 per  watt. The Vertex Illumina offers 3 colors with the option of an additional UV or red auxillary pad for four colors. Each color is individually controllable, thus the Vertex Illumina allows 3-4 channel control. 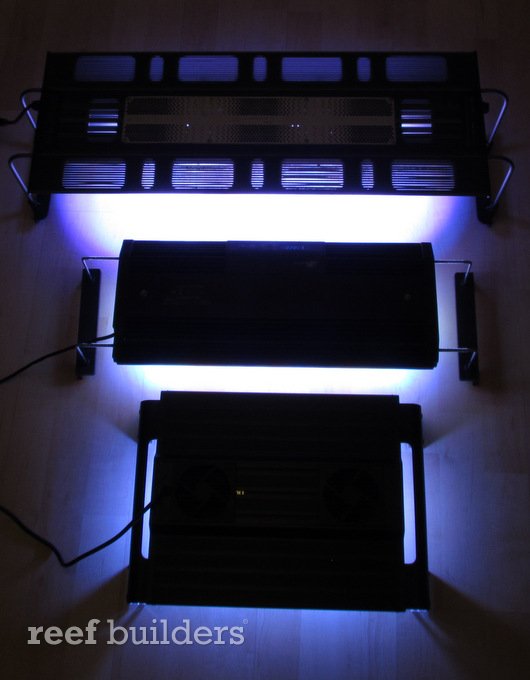 The Acan Lighting Prism (600PA-18B) offers both the highest number of LEDs and the highest number of of different colors. At 70 watts it does not however take the first prize as far as wattage is concerned. It is the only fixture of the three that is passively cooled, which makes the fixture virtually silent. Even though the other fixtures are also extremely quiet, this is not something the other fixtures can say. The Acan Lighting Prism offers 8 colors, although the fixture only allows three channel control (two if you do not count the “moonlight” channel). It is unfortunate that the colors channel are not independently controllable, but the extra colors do add an extra pop either way. The Acan Lighting Prism retails for $499 (was $599), and is 70 watts. This makes the Acan Lighting Prism $7.13/ watt, which is slightly lower than the Vertex Illumina. 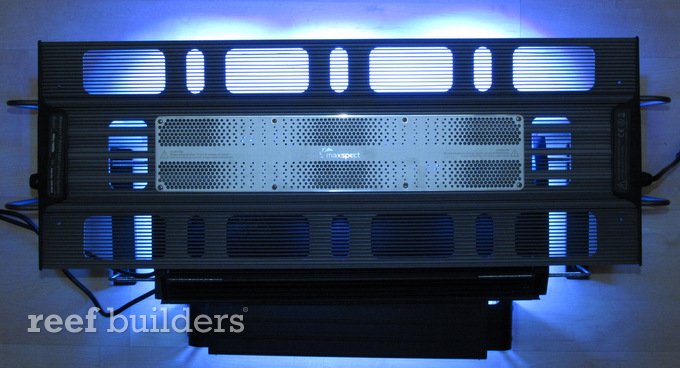 The Maxspect Razor is the most affordable of the three, and also takes the prize for unique form factor. Features are  absent on the software side with limited on-board two channel control (still enough for the average user though), but it is a tradeoff that gets you 160 watts of power for less than five bills. The fixture also rocks five different colors, which makes it the fixture with the second most color in this comparison. The Maxspect Razor also features an aesthetic which the other two fixtures lack, the razor thin heatsink design. The look of this fixture adds to the tank in a way that the other fixtures just aren’t able to. At $495 and 160 watts the Maxspect Razor blows the other two fixtures out of the water (or into the water?) with pricing of $3.09 per watt. It should be mentioned however, and we cannot stress this enough, dollar per wattage is most definitely not everything, and is rather just a helpful factor we came up with. Thus it should be used as a guide, and nothing more. 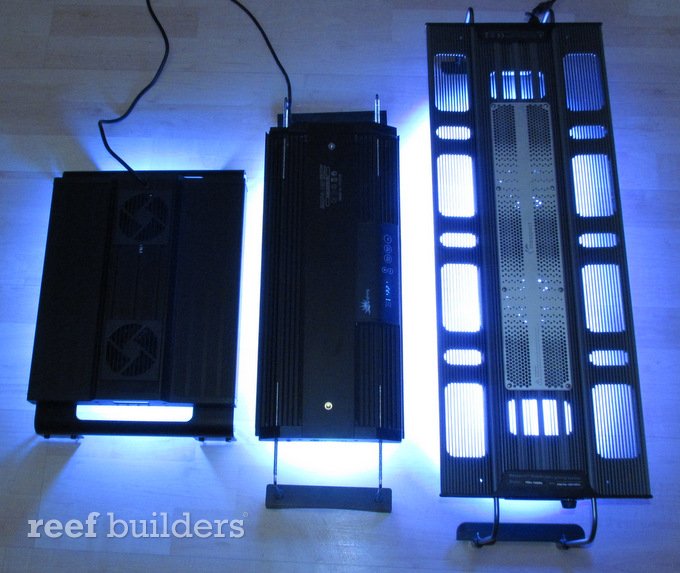 All three fixtures are great lights, and you can’t go wrong with any of them, but they do all offer different features at different price points. If you are considering buying any of the fixtures we listed above, try to ask yourself what your priorities are and what features you are looking for. If you are seeking  fully customizable cloud simulation with occasional thunder you’ll want to pick the Vertex Illumina over the others. If you on the other hand are looking for the widest variety of different colors the Acan Lighting Prism is likely the fixture of your choice. You might be looking for the best bang for your buck, in which case the Maxspect is the clear choice. Case in point, there is no single best fixture, it all depends on your needs and expectations. Now to summarize:

Cirrhipathes, the wire corals are in a league of their own