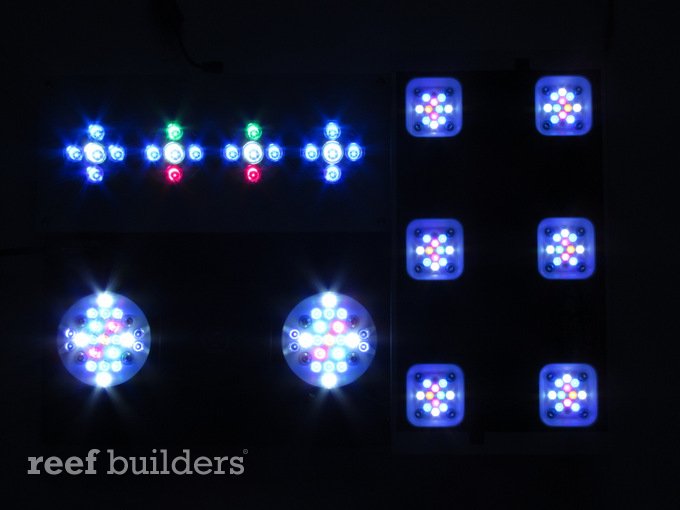 With so many different LED fixtures on the market it is sometimes hard to keep track what options are available so we compared three of the highest performing LED reef aquarium lights, took some side by side pictures and threw together some quick specs for each fixture. The three fixtures we compared were the GHL Mitras, the Ecotech Radion XR30W  and the AI Vega Color. All three LED lights pack a big punch in a small package but the design and features between the three are actually quite different.

The GHL Mitras is the most expensive of the three but also packs the most power, the most colors and the largest amount of LEDs. The GHL Mitras comes in three different color variations and a nice aluminum body. An on board controller allows the user to modify setting without a computer, and a USB cord to connect to the computer is also included. The fixture retails at $1199 and comes in at 190 watts. This means the fixture is priced at $6.31/ watt. The GHL Mitras offers 8 colors (9 if you decide to get a HV fixture) which are all independently controllable. 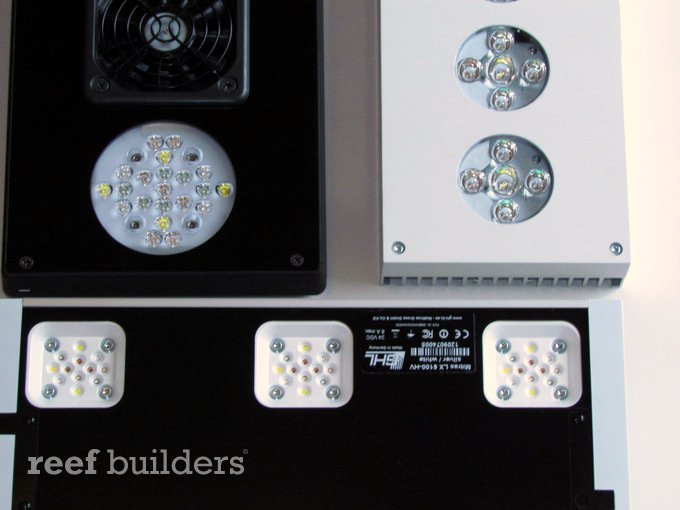 The Ecotech radion comes in as the second most expensive fixture, the second most LEDs, but the least amount of color options. Basic settings can be modified using the fixture itself, and like the GHL Mitras settings can also be modified using a USB cord. The Ecotech Radion retails for $649 (previously $749) and offers 140 watts of LED power. The radion rocks 32 LEDs in six colors.

The AI Vega is the smallest and has the smallest price of the three, but offers the second highest amount of different colors (standard). The AI Vega also offers the highest level of individual LED control with every single LED offering independent control. It is also the most repairable and modular fixture of the three with easily switchable LED pucks and part.  The AI Vega settings cannot be modified through the fixture itself, instead relying on the wireless control to modify your LED intensities. The pc software for the AI Vega is not yet available for the public, but we should see it releasing quite soon. The AI Vega retails for $499 and offers 95 watts of LEDs. The AI Vega Color offers 6 different shades of LED although many more colors will be configurable in the future. 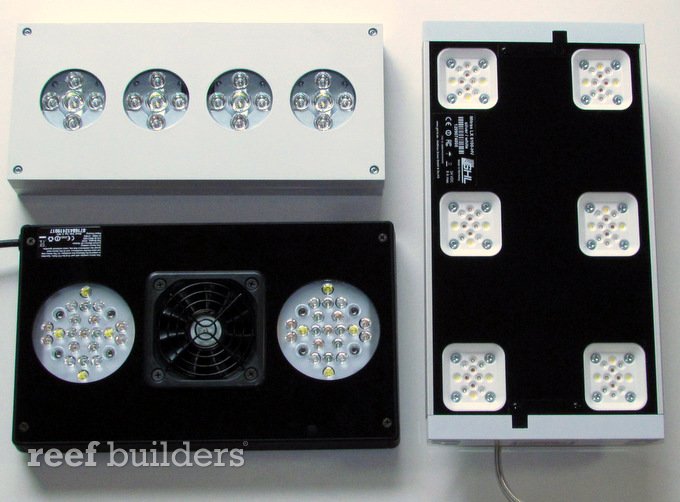 Beside the different specs on paper the design of the three fixtures are also very different. The GHL Mitras offers two rows of evenly spaced LED pucks which means you’ll get a wide spread, but less intensity in the middle an thus lower depth penetration. The AI Vega on the other hand offers a single row of LEDs which means much less spread, but also higher PAR levels at higher depths. The Ecotech Radion basically lies between the two as far as spread is concerned with two light sources evenly spaced. The spacing means you’ll get a wider spread than the AI Vega, but the bigger concentration of LEDs means you’ll still won’t get the spread you’ll see on the GHL Mitras. 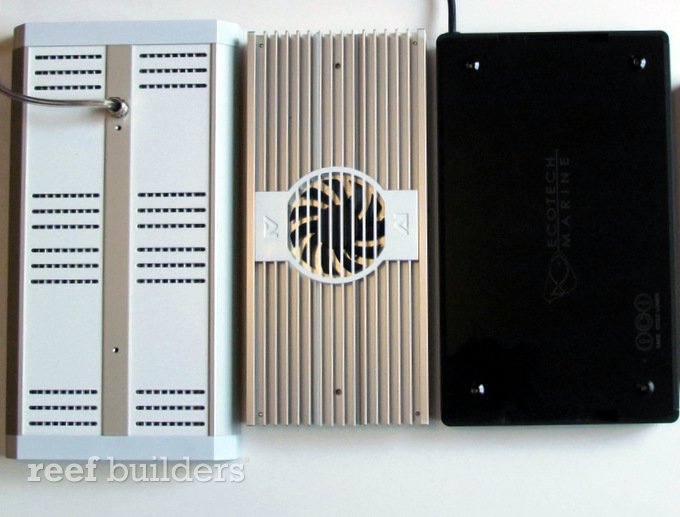 There truly is no such thing as the “best” LED fixture in this hobby. Each fixture has it’s own strengths and it’s own specific applications. When choosing your fixture consider what you are trying to achieve. Do you have a deep tank? Or do you have a large surface area to cover? Is the option for more colors important to you, or would you rather have a larger amount of LEDs? Are you looking for a large amount of options or simply for the lowest cost per watt? Whatever your answers,we hope this overview makes your choice just a little easier. 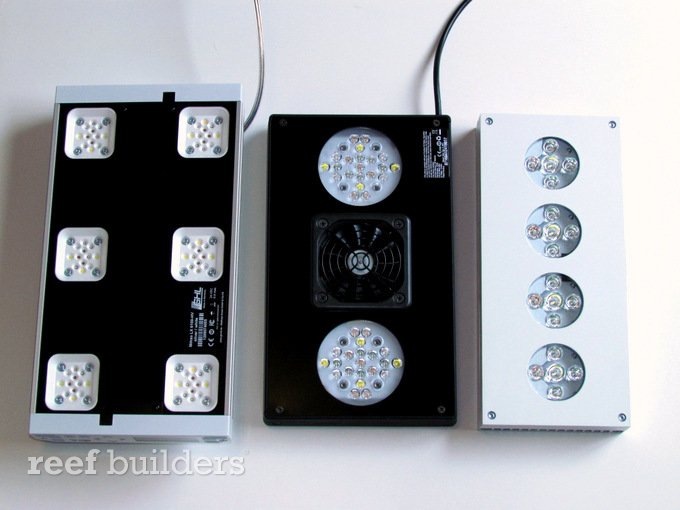