Besides gauging how much coral polyps react to the addition of coral foods to the aquarium water, there is not a very practical way to quantify how good these coral nutrition products perform. After all  you could add a few squirts of thawed frozen food juice to the tank eliciting a strong feeding response without actually nourishing your coral. However, being strong proponents of target feeding our own corals we’ve found the Nano Reef Coral Food from Ocean Nutrition to be highly amenable to target feeding a certain group of “SPS” corals.

We’ve tried just about every type of coral food there is from the frozen and refrigerated varieties to innumerable dry coral food formulas. All of them have their merits but lately we’ve grown an interest in keeping and growing low energy SPS corals with exceptionally tiny mouths like Psammocora, Pavona, Leptoseris, Coscinarea and similar genera. Many of these species have exceptionally weak stinging cells and are poorly adapted to catch particulate foods in the water and they are most abundant in somewhat calm waters where nutritious particles can settle on their surface.

Although Ocean Nutrition Coral Food has been out since 2008 it’s only recently that we revisited this formula to address the nutritional needs of our newfound interest in low energy SPS corals. Compared to many other dry foods, we found ON’s very finely powdered mealy formula to hydrate and become heavier than water very quickly, which is very important for feeding plating stony corals with very un-sticky polyps and tentacles.

Using Julian’s Thing to meter out the sunken particles of ON Coral Food we carefully applied food to our various red, green and orange Leptoseris species as well as some exotic Pavona frondifera and Pavona cactus. For having such a thin layer of tissue these low light and low flow species of corals reacted quickly to being target fed with the very fine Nano Reef Coral Food.

Almost immediately the various Leptoseris and Pavona began to collect and concentrate the fine powdered foods towards their mouths using imperceptible cilia on their surfaces. A little while later the food was gone with the tissue of these thin SPS corals becoming slightly puffy where the food went in, yet the corals remained more puffy and expanded in tissue for days after in a way that we’ve rarely seen in these corals.

There are lots of coral foods for lots of different purposes – Fungia will gladly take large mysis and small silversides, sinking pelleted foods are fine for many LPS and high flow SPS corals get off on rotifers and cyclopeeze. Since getting into the more cryptic side of SPS corals we’ve struggled to give them an appropriate food but we’ve seen a noticeable perking up since target feeding Ocean Nutrition’s fine coral powder to our corals – we like target feeding it, these specific corals really seem to like it and we’ll make sure to resupply this product when we run out. 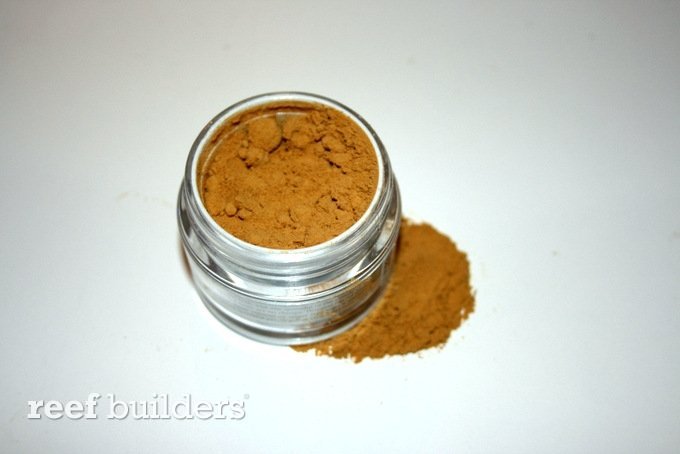 Tinkeri x Burgess butterflyfish are popping up more and more