The reef aquarium hobby has never enjoyed so much diversity and abundance of maricultured stony corals but with so many of these species being highly sought after, it seems like all we know of many of these species is how they look as frags or tiny “colonies”. By special request future MACNA speaker Vincent Chalias provided us with a great collection of many of these “deepwater” Acropora species as they appear in their natural Balinese habitats starting with the infamous Red Dragon Acro, Acropora carduus. 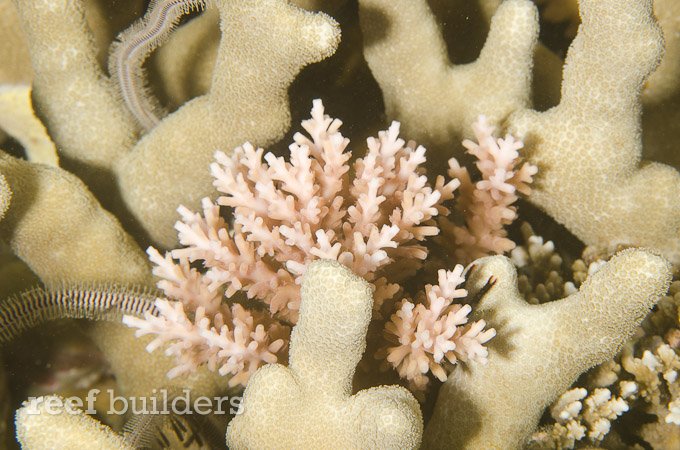 To begin with, not all “deepwater” Acros are found at significant depth, they do prefer deeper, calmer waters but the images of the reddish Red Dragon morph of Acropora carduus were taken between 6 and 8 meters deep, about 20 to 25 feet down. In this brighter, higher light environment you can clearly see how the red coloration of A. carduus is more intense and the branching frequency is denser and compact like a more typical Acropora. Although the Red Dragon carduus lives and grows well in shallower water its growth rate and shape is not as well suited to competing with other faster growing corals and algae, hence it is more commonly encountered in deeper habitats. 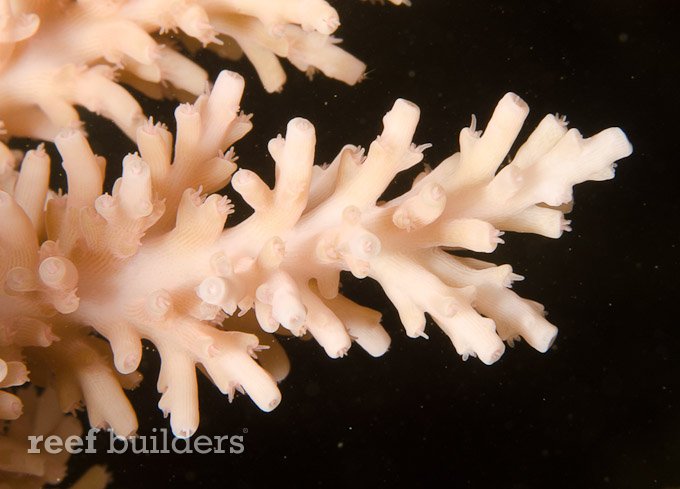 The Red Dragon Acro may get the lion’s share of the airtime when it comes to A. carduus but this species also occurs in a blue coloration, not to be confused with the trade-named Blue Dragon Acro Acropora walindii. When grown in similar conditions the red and blue A. carduus look more or less the same in shape and growth form but these pictures of wild blue colonies happened to be taken in deeper water. More specifically the images below were taken at a more typical “deepwater” Acro depth of 12 to 16 meters, about 12-16 m deep, which is about 40 to 60 feet below the surface.

As you can see when viewed and grown in-situ the colonies of wild Acropora carduus take on an altogether different appearance which in this turbid bay in North Bali developed wide open branching structure and a pallid coloration unflattered by the camera flash. By scanning the reef life surrounding the deeper-occuring blue A. carduus it’s possible to infer that the light levels are somewhat reduced giving us some insight as to what kind of aquarium environment this coral should be provided. Not to mention the abundant Eviota nano gobies visible in the last image look like they are quite at home perching on and hovering around the branches of deepwater acros. 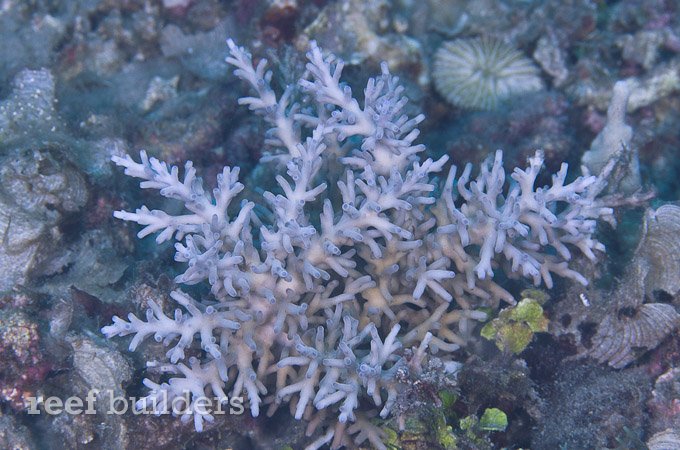 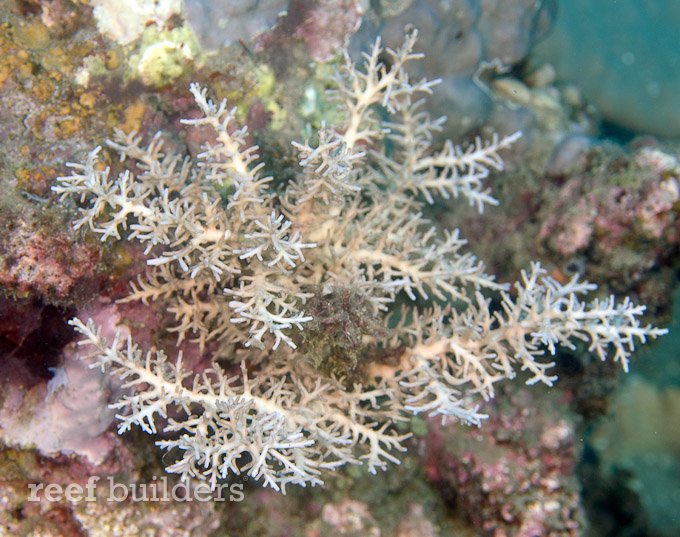 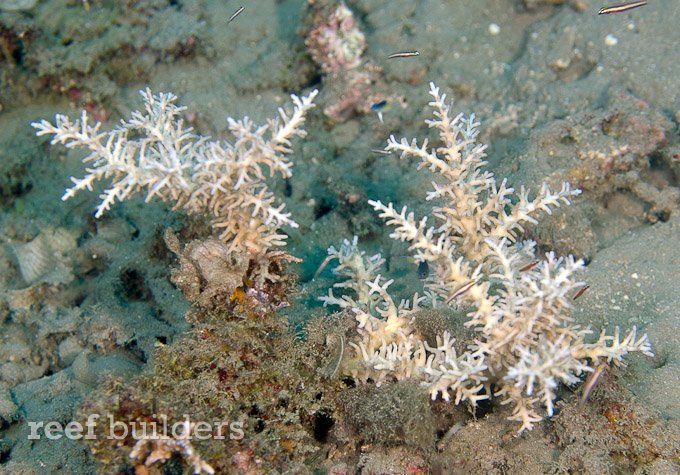 Talking reef aquariums in schools in this fascinating TEDx video