The Kessil Tuna Blue was the deserving winner of our 2012 LED Showdown, and since it was introduced a little under a year ago, the venerable A350 LED spotlight could be due for an update. This weekend at ReefStock we saw a peculiar, or at least so far undisclosed, union of Kessil and Apex, in both the Kessil and Neptune Systems booth.

Now what would a Kessil A350 LED be doing in the Neptune Systems bubble of “control freaks”? But of course it seems like there is some interoperability between the Kessil and the Apex as evidenced by some new cables coming in and out of the larger of Kessil’s spotlights which had its A350 sticker removed. Kessil’s booth featured the same pair of mystery Tuna Blue spotlights each with two 1/8th inch jacks labeled ‘input’ and ‘output’.

Adding to the notion that the Kessil will soon have Apex functionality was an open laptop spotted in the Kessil booth with the Aquacontroller software for an Apex running and a couple tabs labeled “KessClrDemo” and “KessLtDemo”. So all signs seem to indicate that the 90w Kessil Tuna Blue will soon have some new controllability features, but when these will be released or what other specs might change will have to wait until a more official anouncement. 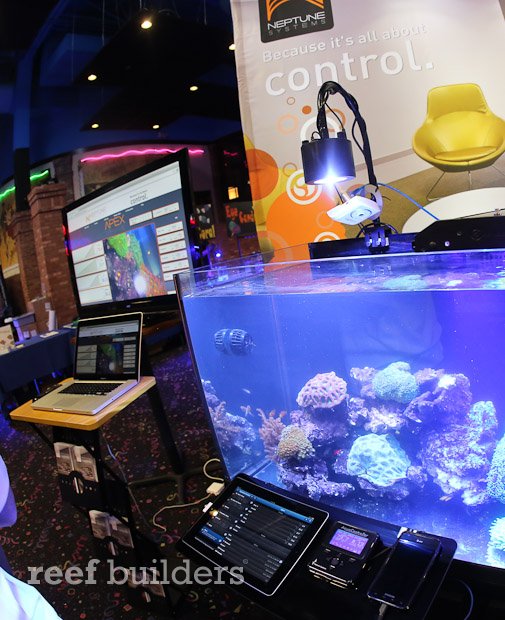 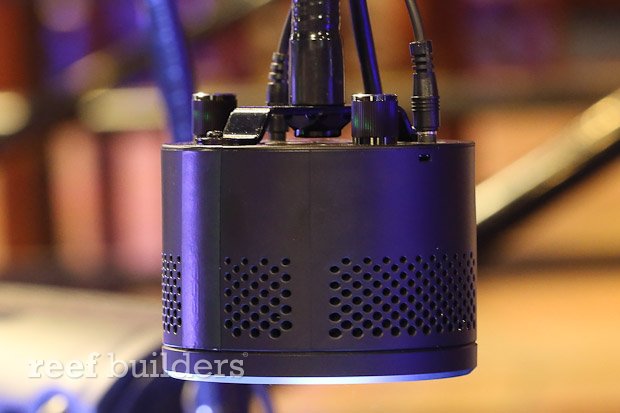 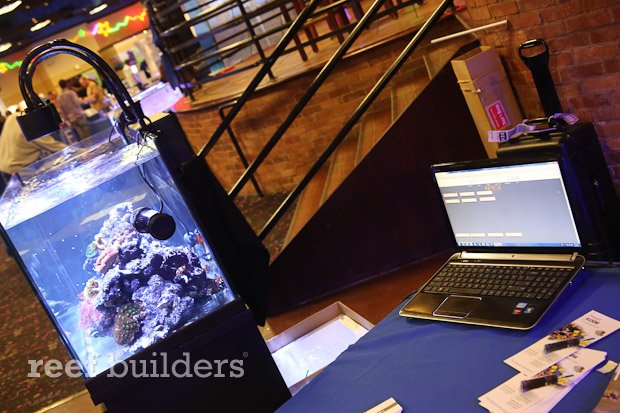 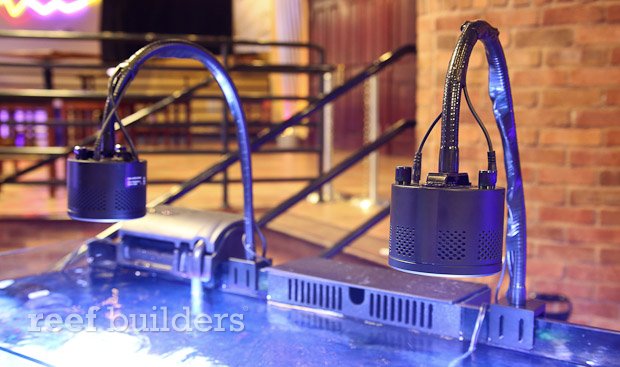