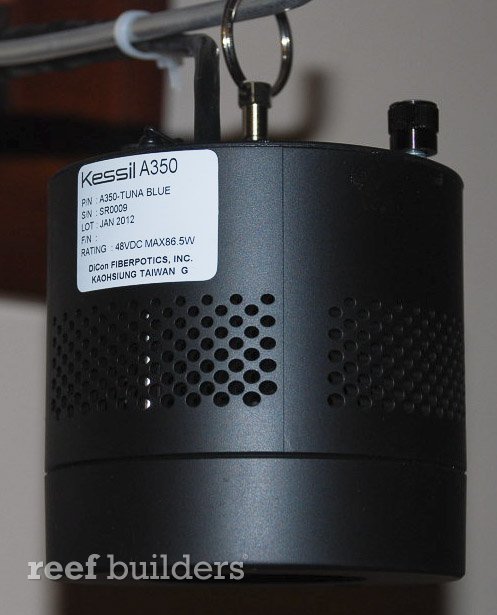 The Kessil A350 LED spotlight is real and we have the pictures to prove it! As we suspected, the Kessil A350 “Tuna Blue” is the same form factor as Kessil’s H350 hydroponic lights save for a couple features. Funnily enough, these images were posted on the internet by a forum user who also wrote “I am not supost to tell anyony I have these so keep it to yourselfs.” Guess Joe does not know how the internet works.

In addition to having a combination of white and blue LEDs, and probably some UV like the A150, the Kessil A350 appears to have a potentiometer for adjusting light intensity. The packaging for the box of the Kessil A350 shows a cutaway diagram of the light which has the same guts as the H350 including an actively cooled vapor heatsink. When we reached out to Kessil about the new A350 Tuna Blue LED we were informed to look out for an announcement some time next week, so stay tuned. Get it? 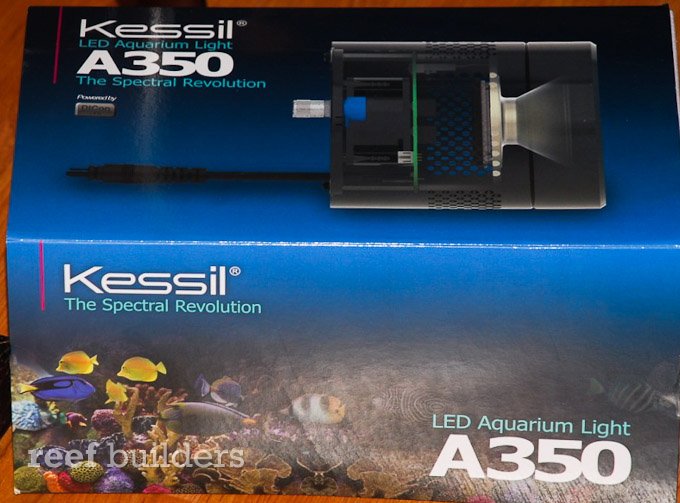