The AI Hydra just announced by AquaIllumination is real and is making a world premier at the Aquarama booth of Reef Depot in Singapore. The single black unit on display has the topside heatsink of an AI Sol and the undercarriage of the AI Vega with a unique feature set that neatly straddles both popular LED light fixtures. The biggest difference of the AI Hydra from the hot-rod Vega is the omission of XM-level LEDs in the center of the cluster, ‘only’ seven channels of color control on a single LED board, so no Powerpuck action here and improved color-blending optics. 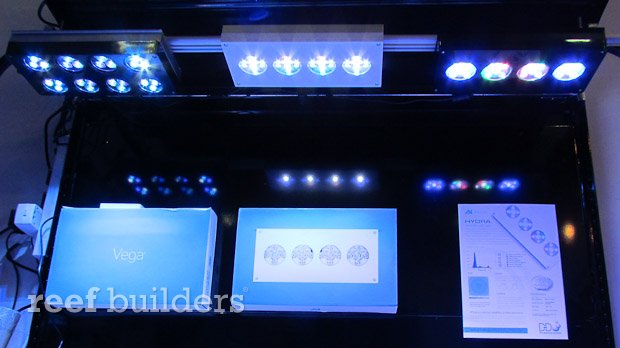 The latter feature is much more noticeable than you would believe especially when comparing the light beams coming from the AI Vega and Hydra LEDs side by side. The AI Hydra not only has an across-the-board beam angle of 80 degrees it also employs a micro texture on the surface of its lens clusters that further adds to pretty great light uniformity.

On paper it’s hard to read into what makes the AI Hydra really different from its predecessors but actually on-paper, it’s pretty clear to see the harder color shadowing of the AI vega while the AI Hydra’s color shadows are much more diffused. This effect will probably translate very, very well over a home aquarium, through water and ripples and all the things that make light bounce.

If you’re in Singapore for the Aquarama Expo be sure to stop by the Reef Depot booth to check out the whole stable of AquaIllumination light machines and a few other notable new products which we will share with you shortly. 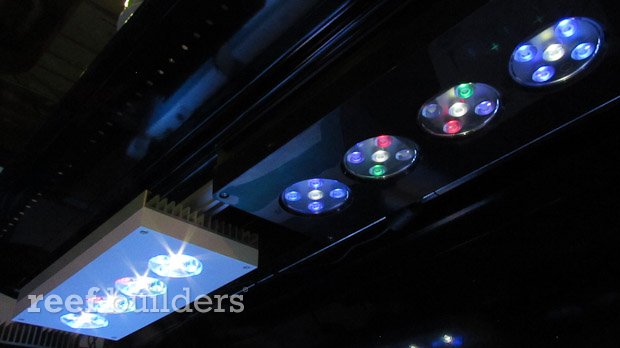 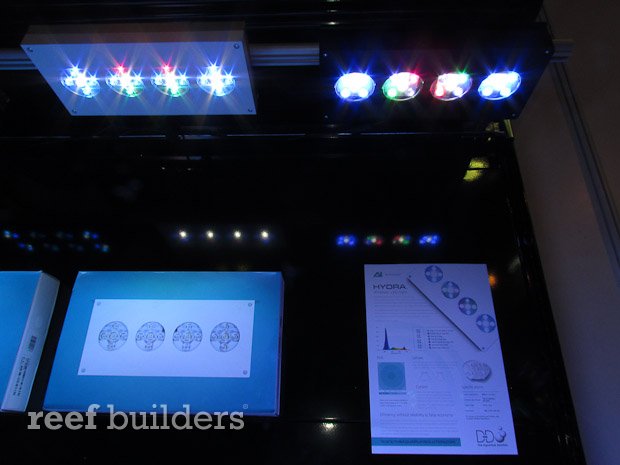 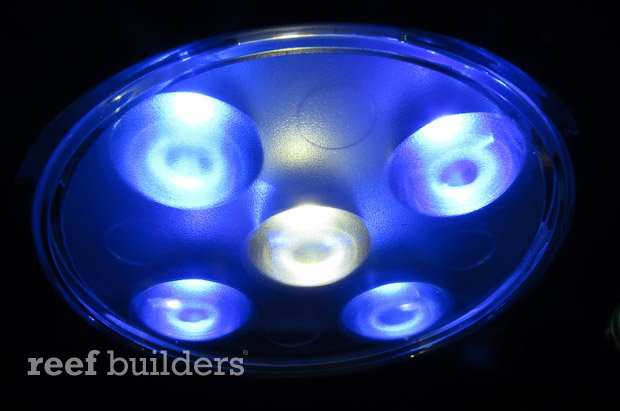 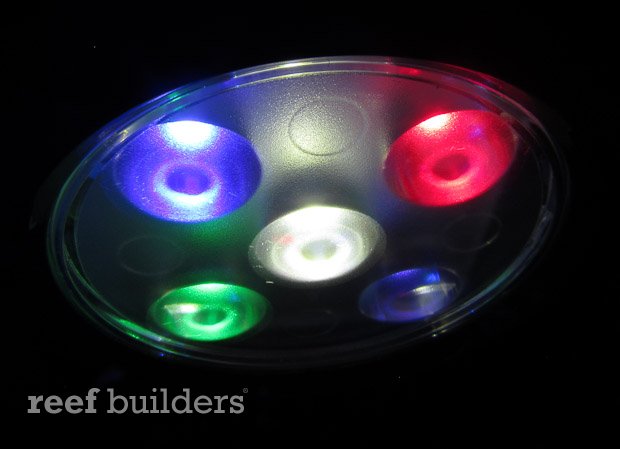