When Steve Tyree launched the limited edition coral craze, it was on the backs of three very unusual and notable corals at the time; the Holy Purple Monster Acro, the shaggy Acropora abroholosensis and the neon green branching & plating Montipora aequituberculata. As many different kinds of corals as have come and gone in popularity with the reefing and LE coral crowd, the latter is the coral strain which still is incredibly hard to find and even less often do you see what makes this coral special.

Plating Montipora ‘Caps’ come in a myriad of shapes, colors, and polyp colors and while some do occasionally develop exaggerated nodules in their growth form, the OG branching-cap is still quite special. We’ve come across some pieces of it over the last decade, more often around Omaha where the strain was first grown out by Mitch Carl, but usually what you see is a semi-typical plating growth form and little to no nodule formation. 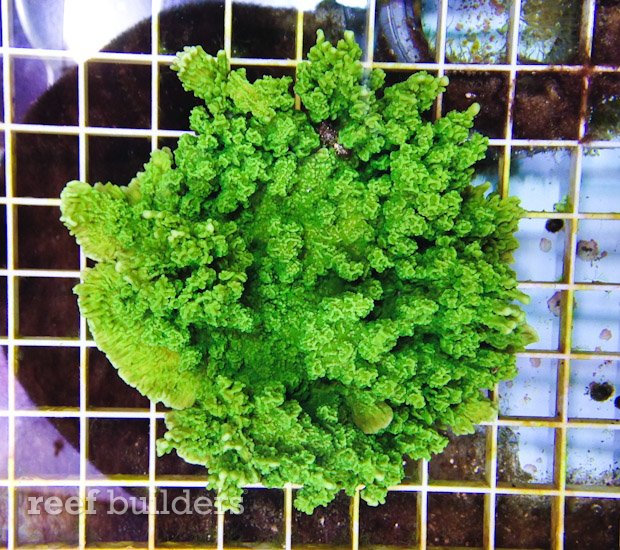 However, on a recent visit to the ‘birthplace’ of the OG green Branching Cap, the Henry Doorly Zoo, we spotted a picture perfect example of a specimen exhibiting the formation of its signature branche-nodules. Under conventional aquarium lighting the OG Branching Cap is a beautiful neon green coloration but mostly a flat plate. It’s not until this coral is exposed to significantly high levels of light that it develops its unique growth form, as in the recent colony we saw basking under 1000w halides.

As many new corals and strains as are being imported and cultured these days, it’s a delight to re-discover some of our historic, vintage reef aquarium treasures. Come to think of it, we’ve been growing corals really well for so long now it wouldn’t be too hard to set up a whole reef tank with a population of veteran corals that are all ten years removed from the sea, or more, such as theGrandDaddy Stuber Acro. Old corals are awesome, anyone else take pride in corals that have been aquarium grown for ten years or more? 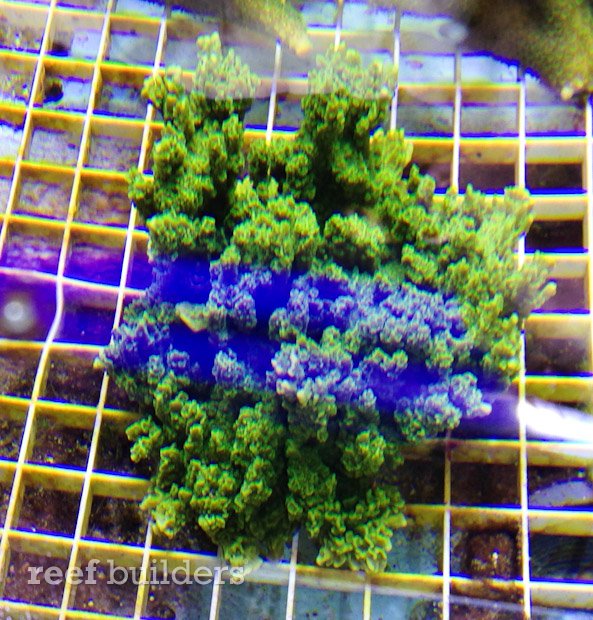 6 Tips for Choosing the Right-Sized Tank for Saltwater Fish