There are many SPS corals available to the eager advanced hobbyist today. Far more than we ever had 10 years ago. I remember when the reef community was a much smaller one, a lot like a small town where everyone knows everyone else, and actual frag swapping was very common.

Some years ago I attended at least a half dozen frag swaps hosted by fellow hobbyists. In those days the availability among the reefing community helped to perpetuate the species without importing abroad. This tradition is alive in many parts of the country still, but scary trend is being observed here in the Southwest.

Fewer and fewer old school corals are being grown and propagated, perhaps due to the newly widely available Maricultured and wild Australian/Indonesian varieties or the difficulty of their optimum water quality requirements. These old school corals apparently are not being harvested anymore or were wiped out where they were originally caught. I’d like to just highlight a few. If you have these corals, take extreme care to keep them alive, grow them, and distribute them, because there’s a chance we may never see them again. 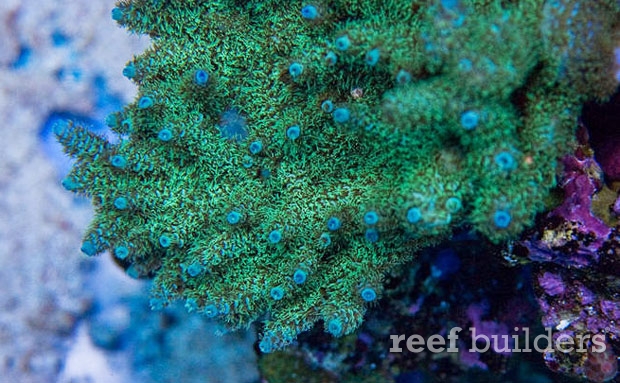 Sapphire Millepora
Acropora millepora are abundant in this present day and therefore not necessarily the rarest, but the original strain of the Sapphire Millepora is not easy to come by. Originally imported by Tong’s in Huntington Beach, California around 2007 and was kept in their private reserves tank for a number of years for the very few who were allowed to see it. Later on, I believe it was lost due to a tank crash. I personally acquired a small colony in 2009 which grew to seven inch in diameter. This coral has intense deep blue corallites throughout and extremely pronounced at the tips.

The polyps are green but the tentacles are a precious metallic green that I’ve not seen on any other coral. It grew quickly as a colony, but I later found out that as a frag, it may take years to encrust before it branches out. Survival to a mature colony is not an easy feat. A similar coral that may be the Palmer’s Blue or the ORA Blue Millie perhaps they are the same coral. I personally lean toward the traceable authenticity, but I will leave this to your own judgement. 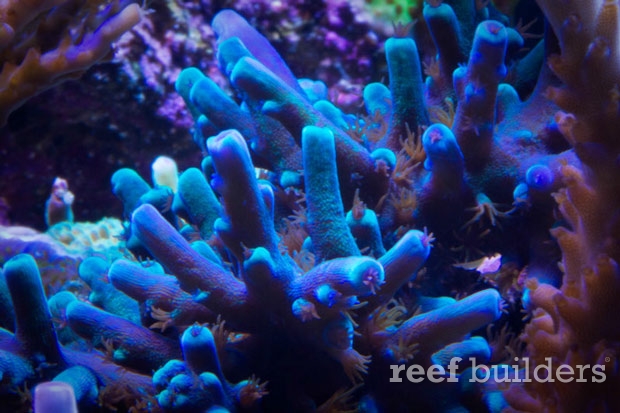 Oregon Tort
This coral has a very long history and slightly fuzzy. Dating way back to 1993 according to Upscales Reef when small frags were attached to a piece of live rock. There are also some reports in 1998 when wild corals were being imported from the Solomon Islands, colonies were brought in.

ORA later acquired their seed from California circa 2004. Not to be confused by the Cali, Becker, and Bennet Torts, which were all relatively similar with different lineage. The Oregon Tort is distinctly different. Unlike the other Torts, it grows much slower, a single frag may take upwards of two or more years in optimum condition to reach size of multi branch mini colony.

Due to growth pattern and growth rate, I have my doubts if it’s scientifically an Acropora tortuosa at all. The coralites are spaced out much farther apart exposing more smooth skin than a typical staghorn coral. A mature colony grows in more of a random formation.

What makes this coral so striking is it’s true blue color throughout the entire body under optimal 20k-ish lighting. There are hobbyist out there with this coral thanks fellow hobbyists in the past and ORA. However mature colonies are hard to find these days and I’ve yet to see much distributions either from the swap community or commercially.

Have you ever seen a Purple Monster in person? If you started your life as a reef hobbyist in the last few years, chances are you haven’t. This is because of it’s rarity in the natural world (only one has ever been harvested in 1995), as well as it’s delicate nature in captivity. It’s unmistakable beauty is an acroholic delight.

This coral is what mythologies are made of. The Purple Monster was originally imported in 1995 from Solomon Islands. If you thought keeping sps is difficult in the 21st century, try keeping SPS in 1995 when there were no fancy skimmers, wave maker pumps, or controllers that automates and monitor temp and PH. This coral has been around so long, just about any serious SPS reefer who has been in contact with it has a story to tell. Current surviving frags and mini colonies are rare these days. We do know of a few in Southern California.

Since no imports or wild sightings of this coral have been reported since 1995, the survival of this coral singularly rests on the hobby reef keeper. Adding to the fact that this coral is an extremely slow grower and sensitive to any water quality change. I’ve had a few chances of keeping this coral in the last 8 years. Each time, a slight shift in parameters seems to weaken the coral’s immunity and began to deteriorate shortly after.

What makes this coral unique is it’s shape and color. Thick branched but bushy. My guess this is a deepwater species that does not require a ton of light like some of the shallower living corals. One mark of this coral that cannot be confused with other corals is it’s white polyps, however, and under a lower lighting the coral polyps may have morphed to a more green colored. Closely resembling a Acropora granulosa or the more common Acropora loripes, some might even argue that it could be a Acropora valida. Whatever the species, we know one thing, it’s close to becoming extinct if we lose all of the home growers of this coral.

This is a guest contribution from Leo Chen, owner/operator of Coral Revolution.