Michael Rice is a local Colorado reef aquarist with a picture perfect reef tank of LPS corals. His 30 gallon aquarium is absolutely packed with gorgeous, healthy and very colorful fleshy corals, with an arrangement of chalice corals on the left side, and a bouquet of Micro Lords on the right.

Having worked at Elite Reef for the last several years, and having a hand in their numerous nano and pico reef tanks, it’s no surprise that his home aquarium is equally impressive. The 24 inch mini reef has been growing in this incarnation for about ten months, although most of the corals have been in his care, having grown from several generations of frags that he propagated himself. 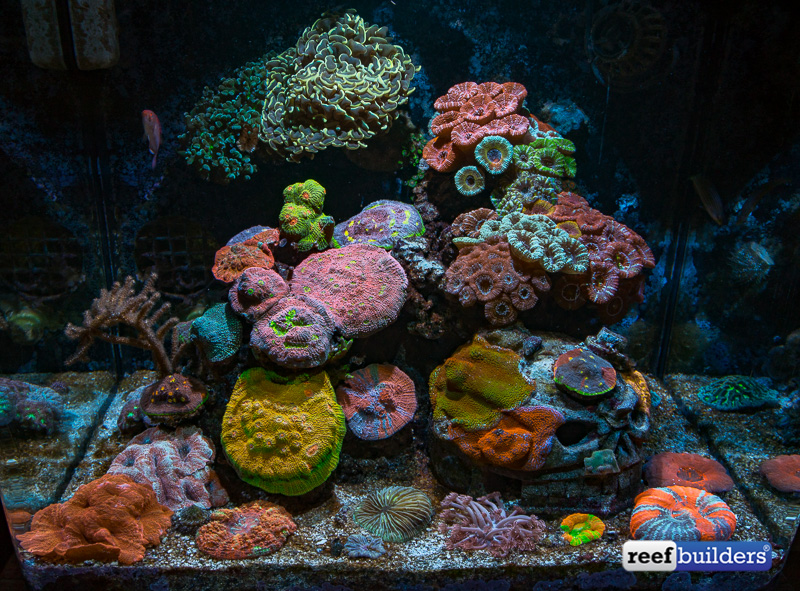 What’s most impressive about Rice’s LPS coral Paradise is that it’s really not that hard to do, it just takes a special attention to equipment choices and a balanced approach to reef keeping. A five year old Kessil A350W is set to a nearly all blue color setting, offering his chalices and LPS corals an appropriate amount of lighting intensity.

Only three small wrasses populate Michael’s reef tank, and with very few invertebrates present, this is definitely a coral-first kind of saltwater aquarium. This All In One setup has a small refugium section, and the drop-in protein skimmer has been stripped of most parts and fitted with an air driven wooden airstone for a hassle-free method of protein skimming. 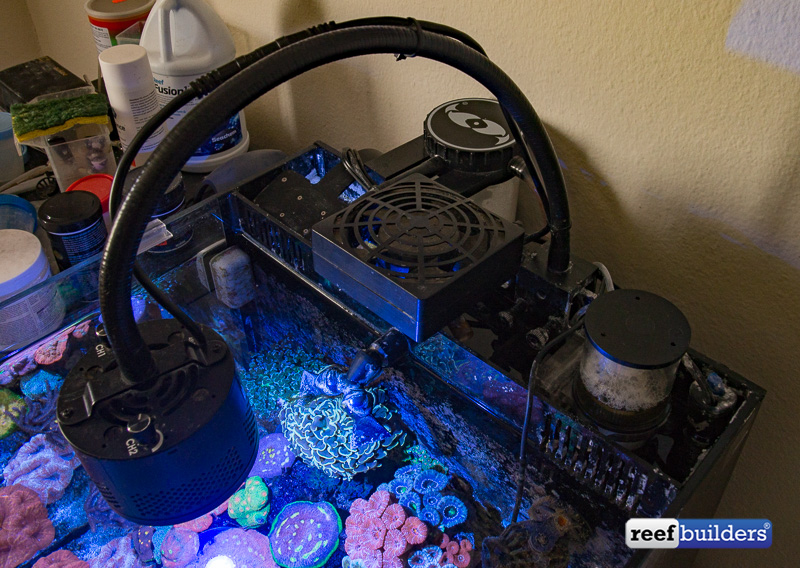 We were surprised (but delighted) to see Michael using Kalkwasser as the method of calcium addition and pH maintenance, and buffer is added as needed. The tank receives very little trace element dosing, but frequent small water changes help to replenish the trace elements for these slower-paced stony corals.

Other than that, this very balanced aquarium is pretty much on cruise control and the corals look about as lush and healthy as you could expect. The chalice corals are all so colorful and fleshy, and his patch of Micro Lords have polyps so extended that each corallite forms a nice, colorful trumpet of tissue. 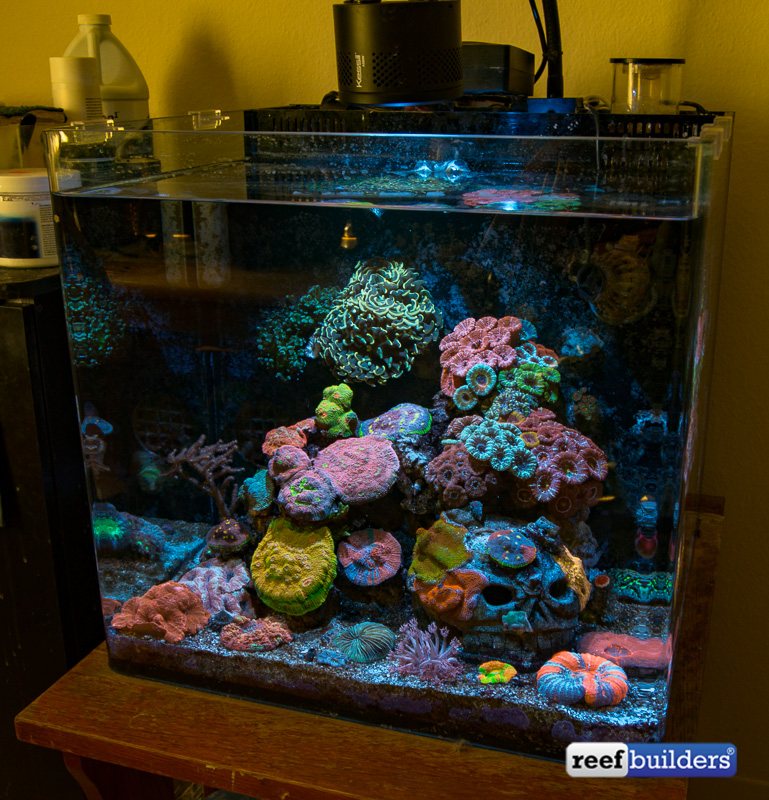 Michael’s reef tank is a simple yet effective aquarium that has turned into a paradise for a range of beautiful corals. It’s a shining example that it doesn’t take any special tricks or snake oils to have a nice, successful reef tank, and this setup should serve as an inspiration for aquarists aspiring to have thriving chalice, Lord and similar LPS corals.