Mitratus Butterflyfish In The Shape of a Burgess, Or The Other Way Around?

Aqua Gift of Japan is the lucky aquarium store that received this specimen, and it was collected in the Philippines. This is a long way from any reported sightings of Chaetodon mitratus, the closest known area for these is Thailand and Java, Indonesia, but it is smack dab in the center of the natural range of Chaetodon burgessi. 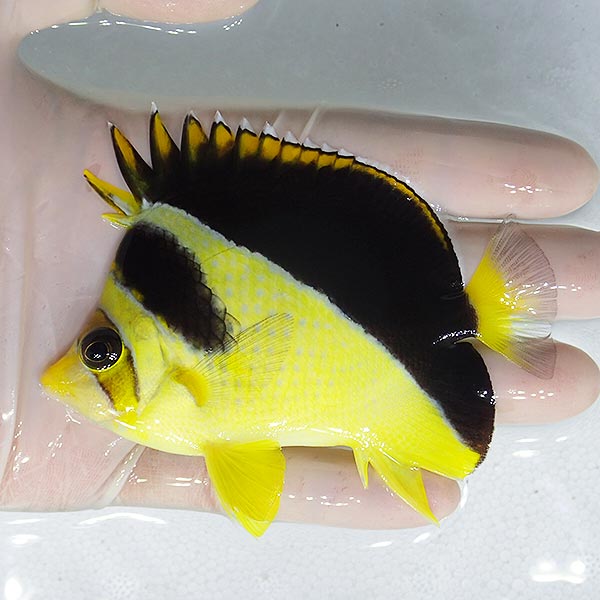 Unlike other species in the Roaps subgenus of butterflyfish, Chaetodon burgessi actually has a variable base body coloration that can range from white like a Tinker butterflfish, to a light yellowish color. Due to the provenance of this fish and the species’ variability in color, most likely what we are dealing with here is an exceptionally yellow specimen of Burgess butterflyfish.

The colors of Roaps butterflyfish range from yellow in Mitratus to all-white in most other species, with Burgess in the middle and right showing the variability of the species. Photos by Tea Yi-Kai

But man, what a brilliant yellow specimen it is! Burgess butterflyfish usually have a mostly black back, black crown and black eyestripe but the Aqua Gift Burgess Butterflyfish is throwing out extra yellow all over the place. Not only is the lower diagonal of the body yellow, but so is the tail, the eyestripe is also quite yellow, and there’s yellow trimming to the dorsal fin that you’re most likely to see in a Declivis butterflyfish.

There’s been a small trickle of Burgess butterflyfish coming from remote parts of the Philippines that show an extra degree of yellow coloration, so this could be a sign of things to come. Only time will tell how singular this highly yellow burgess butterflyfish really is, but we’re keeping hope that perhaps this is an unknown population or localized color variation for the species. 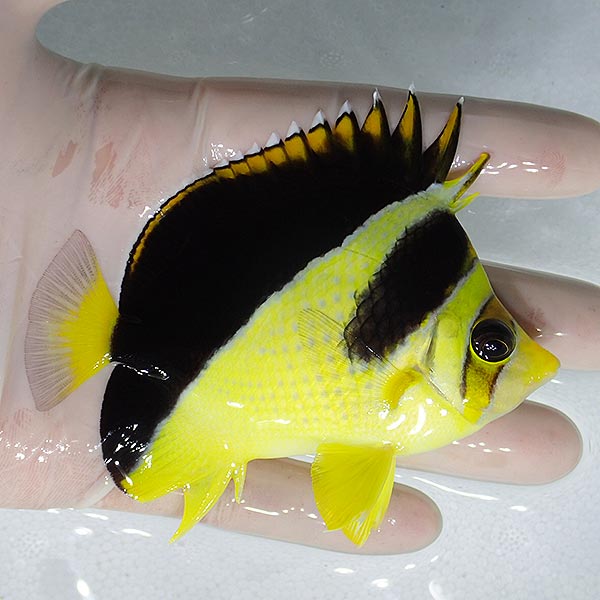 How to Frag SPS Corals