Genicanthus swallowtail angelfish are among the most uniform and consistent looking members of the angelfish family. This makes it all that more exciting when an unusual specimen turns up, such as this scribbled watanabei angelfish from RVS Fishworld.

This male Filipino Genicanthus watanabei displays an unusual pattern where a series of black and white stripes is usually found. However the rest of the markings and coloration are all pretty much perfect for the species, precluding the possibility that hybridization effects are responsible for the aberration. 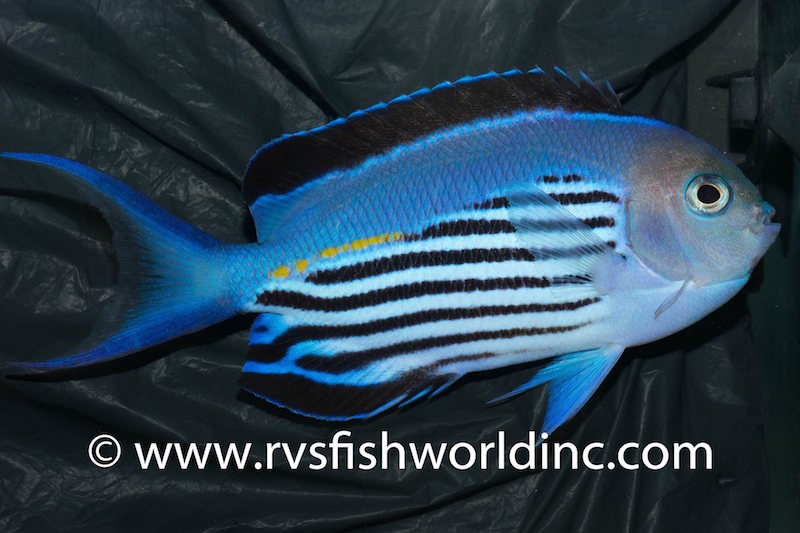 The difference between this scribbled watanabei angelfish is clearly contrasted by the standard, studly male above showing the picture perfect appearance for the species. Female watanabei angelfish in the process of transitioning to male shape and coloration sometimes show slight scribbled in the lower body.

But since this guy already shows all the other attributes of a male, its likely that his scribbled pattern will remain, and it could even become bolder with age, only time will tell. And as if this keeper watanabei wasn’t enough, RVS Fishworld is also parading a neat hybrid butteflfyfish, most likely a cross between Chaetodon mertensi and Chaetodon argentatus. 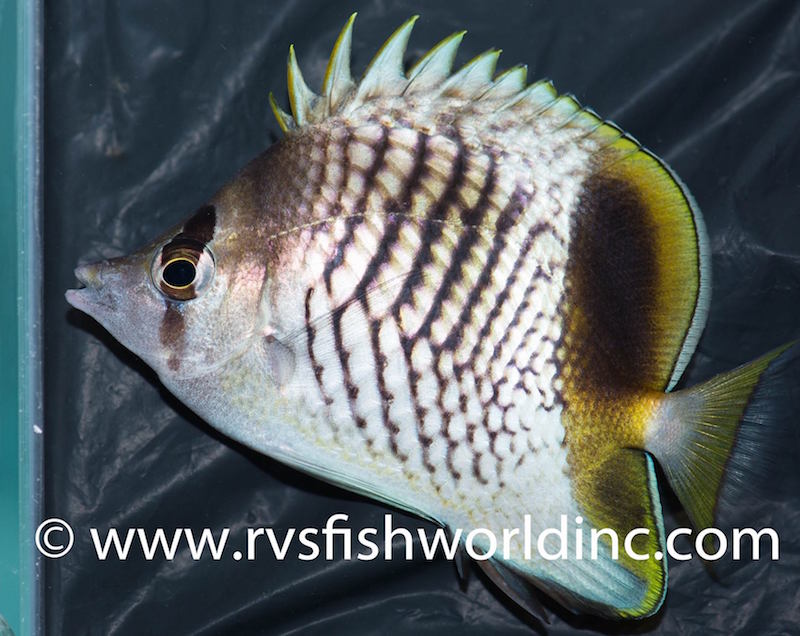