The Lani LED is finally available for purchase after nearly four years of being featured in the pages of Reef Builders. It’s quite interesting that the Lani LED is what first drew our attention to Triton Labs, which has now taken the world by storm with ICP Testing and super high quality reef aquarium supplements.

The Lani LED went through a very long incubation period, for a while it went through a number of iterations, and it was unclear which fixture was going see the light of day, if at all. We raved about the unibody Lani LED that we saw at InterZoo over two years ago.

It turns out that unibody fixture was prohibitively expensive due to the intensive machining process, and so it has returned to an aluminum-framed, extruded heatsink design. But the Lani LED has retained the essence of its LED design, with a field of diodes creating a highly uniform light field.

The blanket of light created by the Lani LED is arguably one of the best for SPS corals, illuminating three dimensional branching SPS corals as naturally as you would find in nature. This LED recipe has yielded one of the nicest LED reef tanks we’ve ever seen, the show tank of Triton with its abundance of stony corals and very fast growth. 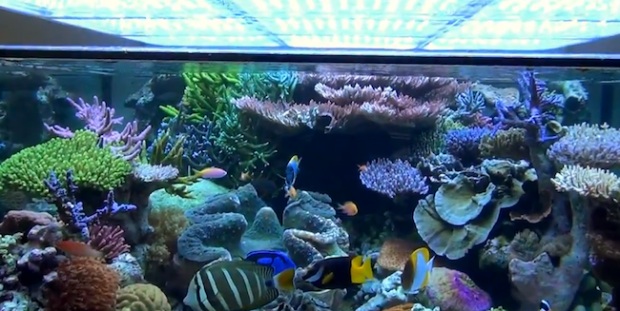 The Lani LED is available in two versions, the standard Lani with three colors and three channels of control, and the Lani Pro with double the color and control channels. The Lani is quite stripped down in spectrum, with just blue, white and UV for LEDs, and it starts at 599€ for the 20 x 20 cm fixture, 749€ for the 20 x 40cm, and 999€ for the large original 40 x 40cm.

The Lani PRO is equipped with blue, royal blue, cyan, green, white, & UV and it is priced at 659€, 899€ and 1369€ for the same sizes as the regular Lani. This translates to about $1500 for a 15″ square light fixture which no doubt produces a very uniform light field, but a lot to ask for a light with no red or warm white color to balance out all that blue color. 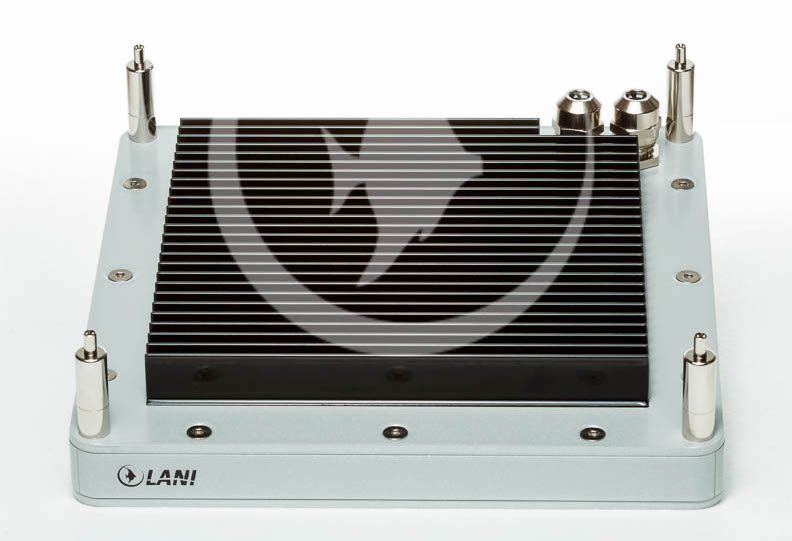 What is more concerning is that we know that the light is controllable, but previously this controller was an additional cost, and it is  unknown if the controller is also programmable. The newly launched Lani website does make mention of a Lani Cloud but there is no further information on what this feature entails.

We’ve been enamored with the unique design of the Lani LED since it first popped up n our radar. But now that it’s finally ready for public sale, it’s going to have to deliver some serious features and exceptionally great light intensity and color to justify that stratospheric pricing. [LANI]