The German aquarium product manufacturer Sera is diving head first into LED aquarium lighting with an interesting approach. The Sera LED lighting system consists of a few different colors of LED Xchange Tubes which can be used standalone, or combined into the LED fiXture.

On their own the Sera LED Xchange Tubes are made of glass and about the same diameter of a T8 fluorescent lamp. These LED tubes from Sera come in five different colors, a cool daylight, daylight sunrise, plantcolor sunrise, neutral brilliant white, and a marine blue sunrise, several, of which have color controllable RGB LEDs for fine color tuning.

The Xchange tubes will come in six sizes from an 18 inch, 24 watt tube, all the way to a 48 inch, 54 watt tube. The completely waterproof LED Xchange tubes can be paired with a driver for up to three tubes, with options for splitters and an Digital Dimmer, leading up to a fully assembled Sera LED fiXture. 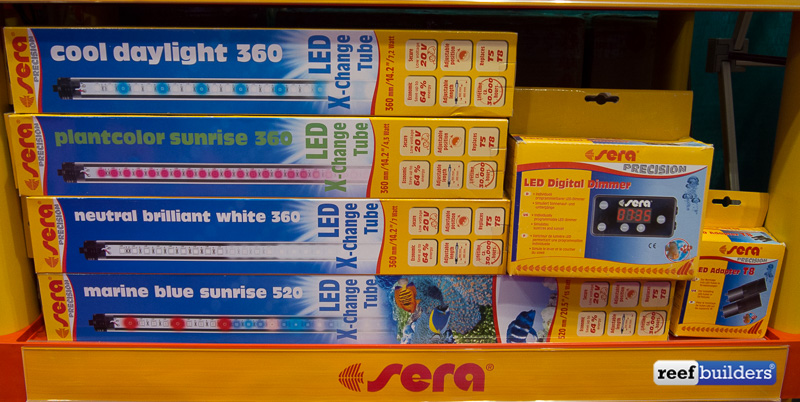 The approach is not unlike Aqueon’s own modular LED Aquarium light launched more than four years ago. The biggest difference being the size of the tubes and their subsequent power, and the option to add a certain degree of controllability with the Digital Dimmer.

In Europe where the Sera LED Xchange Tube have been available for a little while the tubes range in cost from 20€ ($22) for the 18 inch model, to 58€ ($64) for the nearly four foot versions. Altogether a complete Sera LED fiXture might run up to a couple hundred dollars with power supply and the dimmer.

It is easy to discount the Sera LED fiXture for being less streamlined than most other offerings, but the diversity of LED tubes and their interchangeability is one of the few approaches that gives users a wide range of color and control features. It’ll be interesting to see the results of this LED lighting direction from Sera because always, the proof is in the real world successes with various types of aquariums. [Sera] 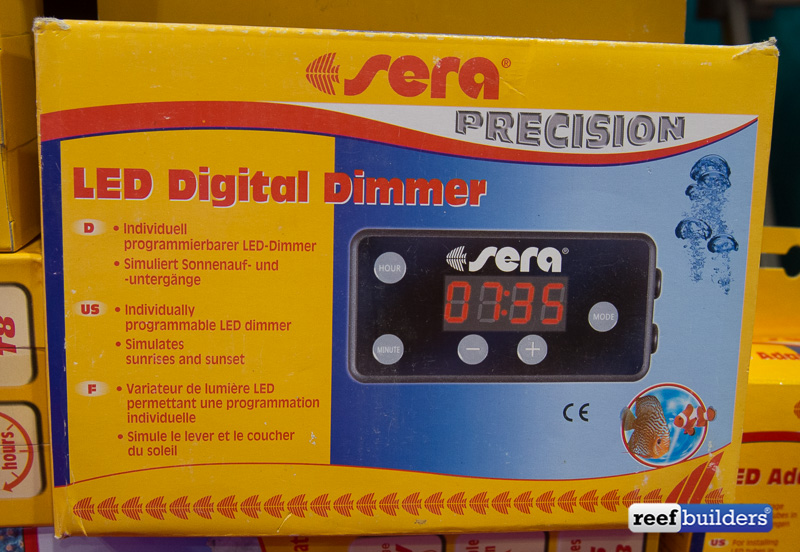 CoralWear Clothing Is A Lifestyle Brand For Aquarium Hobbyists